7-time F1 WDC still in a coma after accident

Doctors to start 'wake up process' for Michael Schumacher from coma

Michael Schumacher, seven time Formula One driver's champion, is still in the hospital after his accident on the ski slopes this past Sunday. Various media outlets have described that Schumacher's condition is critical but stable following a second operation to attend to a brain injury he suffered.

Reports indicate that Sabine Kehm, Schumacher's manager, has stated that there are “no significant changes” to the German driver's condition.

Schumacher was reportedly skiing in the French Alps this past Sunday with his 14-year old son Mick when the driver took a fall and was rushed to the hospital. Schumacher was wearing a helmet when he struck a rock.

Schumacher is being treated at the university hospital in Grenoble, France and is being kept in a medically-induced coma to reduce the swelling in his brain. His body temperature has been reportedly lowered to somewhere between 34-35 degrees Celsius. 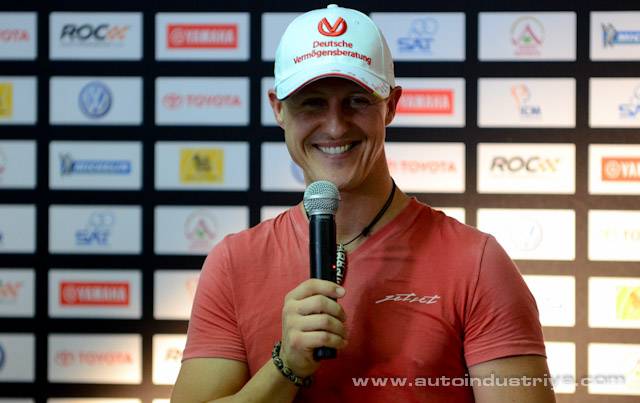 The German is hailed as the most successful Formula One driver in the history of the sport with 91 race victories, 155 podium finishes, 1,566 career points, 68 pole positions and 77 fastest laps.

Lotus will be adding the new Elise S Cup R to its Lotus Motorsport stable alongside the Exige V6 Cup, Exige Cup R and Evora GT4.

Seven-time Formula One World Champion Michael Schumacher is in the hospital following a skiing accident.