Final specifications will be revealed next year

Mazda revealed a track ready version of the new MX-5 at the 2014 SEMA Show. The track car will compete at a Global Cup Series in 2016 which will be sanctioned by the company itself. It will take place in North America, Europe and Asia with the finale taking place at the Laguna Seca Raceway in Monterey, California.

The MX-5's overall exterior is finished in red with the lower section sporting a black palette. Additional flares added to the MX-5 include streaks of white vinyl graphics that decorate the front and rear fenders and a white Mazda livery that can be found on the doors and rear section of the car. 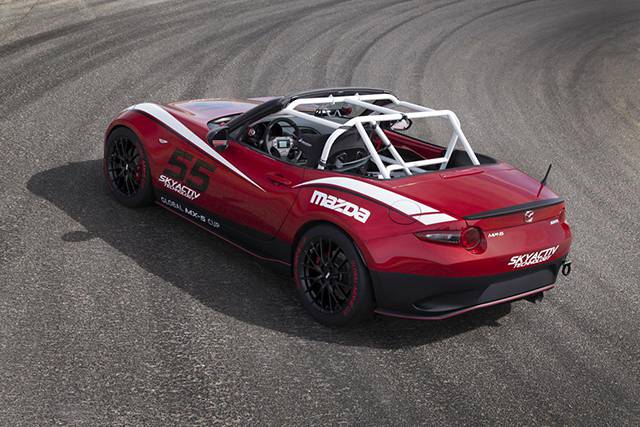 The cabin receives a significant weight loss package which include the door panels, the roof mechanism and the passenger seat. The driver's seat has been replaced with a racing seat, is fitted with a racing steering wheel and a rollcage to protect the driver from a rollover crash.

Technical specifications, equipment and technical partners of the track car has not yet been released by Mazda but the company did confirm it will use a 2.0-liter SkyActiv-G inline four engine. Final details of the specifications will be released in 2015 after Mazda Motorsports is done selecting the optimum tires, suspension, powertrain and safety modifications. The track cars will be sold as “ready to race” and will come from a single supplier, a first from Mazda. 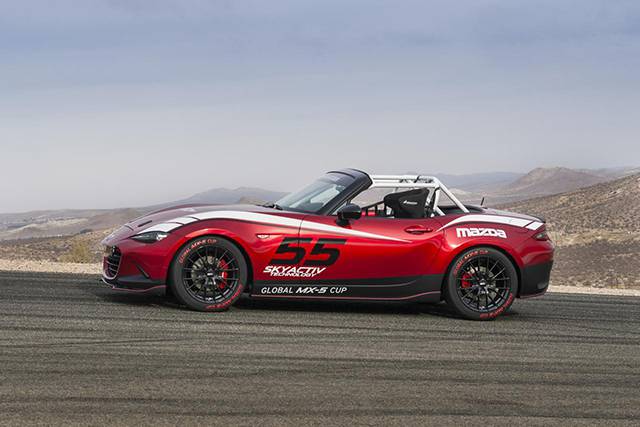 “We’re excited to take the elements of success of the existing Mazda MX-5 Cup series, and introduce them to a new global audience. It has long been our goal to see Mazda fans around the world competing in identical MX-5s, and the launch of the 2016 MX-5 Miata is the perfect time to make this goal a reality,” said Masahiro Moro, Managing Executive Officer in charge of Global Sales, Marketing and Customer Service for Mazda Motor Corporation. 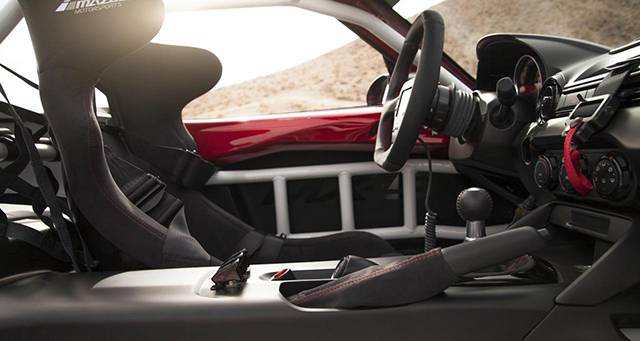 Full details of the upcoming Global Cup Series in 2016 will be announced in the future as the company is still confirming which countries will participate in the said racing event. One of the prizes included in the race will be a one-day test drive in Mazda's top-level TUDOR United States SportsCar Championship SkyActiv prototype racecar.