All-new Shelby FP350S Mustang is ready for the track

Those that want to get into the racing scene in Ford's next-gen pony car will be glad to know that the blue oval brand has just released an all-new global racecar. Called the Mustang GT4, the race-prepped pony car continues the nameplate's racing heritage and follows the line of the 1960s SCCA Shelby GT350R, 1970s TransAm Boss 302 and the more recent FR500 racecars.

The car is based off a Shelby GT350R-C, which won at this year's IMSA Continental Tire SportsCar Challenge. Up front, the GT4 racecar gets a more aggressive front splitter and a louvered hood to help better cool the 5.2-liter V8. Providing better downforce is a larger rear wing and a new rear diffuser. Delivering grip to all four wheels are racing slicks, along with Forgeline 18-inch wheels.

Interior images were not provided but Ford did say it gets an FIA-compliant roll cage, MoTec instruments and anti-lock brake controller. 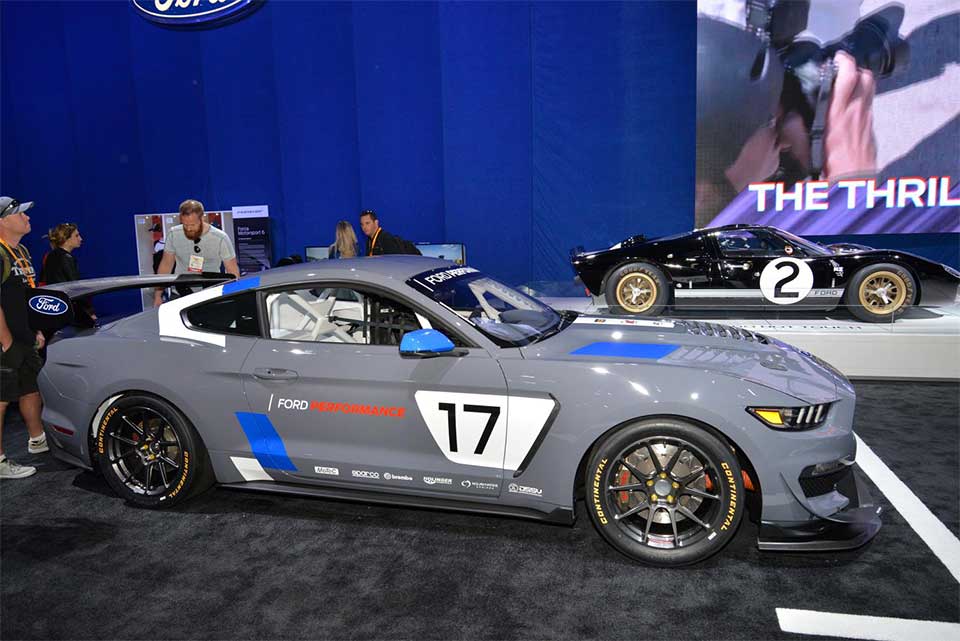 As mentioned, it is driven by a 5.2-liter V8 which is similar to the road-going Shelby GT350. However, the engine has been modified to house a crossplane crankshaft instead of the standard flatplane. Power is then transferred to the rear wheels via a Holinger paddle-shift transmission.

“The new Mustang is a global vehicle. Now, its growing fan base has a GT4 competition model to race and support around the globe,” said Mark Rushbrook, motorsports engineering manager, Ford Performance.

Aside from IMSA, Ford Performance said that the GT4 can compete in the Pirelli World Challenge GTS and in European GT4.

Mercedes-AMG 1-2 yet again, protests from Red Bull and Ferrari end with RBR in third