Sergio Perez will continue his driving duties for the Sahara Force India F1 team next year, completing the team’s 2016 driver line-up alongside Nico Hulkenberg. This means that the team will be fielding an unchanged driver line-up for the 2016 F1 season.

The 25-year-old Perez said in a statement that he is very happy to stay with Sahara Force India.

“I am very happy to confirm that I will be staying with Sahara Force India. It means I can simply focus on the important stuff - driving the car and scoring points for the team. Since coming here I’ve really grown as a driver and I feel I’m performing at my best,” said Perez.

This news contradicts previous reports which stated that Perez would move to Lotus if Renault managed to buy Sahara Force India. 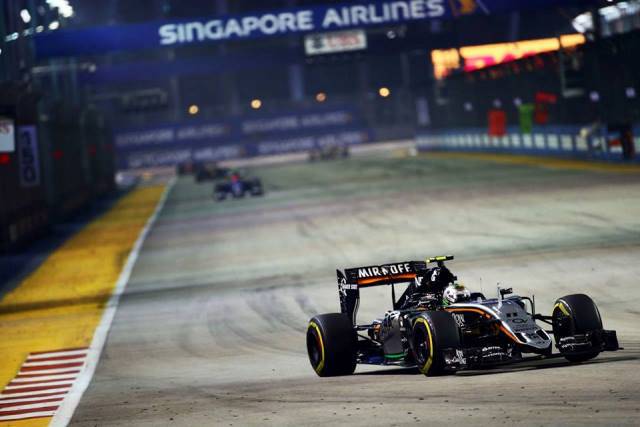 In this regard, Perez adds that Sahara Force India’s potential gives him confidence for the 2016 F1 season.

“I can feel the potential in the team and there is a good energy, which gives me confidence for next year. I think we can continue to deliver strong results and I will do my best to help drive the team forward,” added Perez.

Sahara Force India team principal Vijay Mallya commented that he is “very happy Sergio has committed his future to Sahara Force India. He’s done a fantastic job for us already and when we give him a competitive car we know he can get the job done.”

As of this writing, Perez sits ninth in the driver standings with 39 points, nine points and three places above Hulkenberg. In addition, Perez’s best performance of the year to date was in Belgium where he finished fifth overall.

After struggles in Singapore, Hamilton bounces back with win in Suzuka for a 48 point lead in the championship.

This Lexus GX 460 build is all about overlanding luxury

Lexus GX 460 gets the overlander treatment...again