The Nissan gamer alumni composed of Lucas Ordonez, Jann Mardenborough, Wolfgang Reip, and Peter Pyzera took the Pro-Am podium in the Spa 24 Hours when they passed the checkered flag in third place in class and seventh place overall with the No.35 Nissan GT-R Nismo GT3. This only means that the driver’s championship will be a Nissan 1-2-3 with Ordonez, Pyzera, and Buncombe. Likewise, Team RJN from the Nissan GT Academy has retained the lead in the team’s championship. 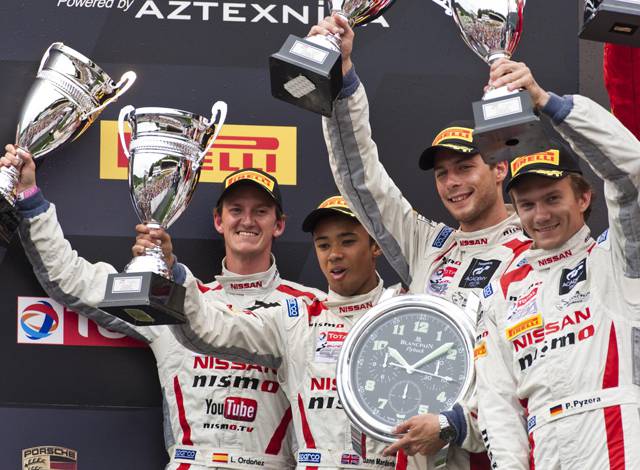 The 2013 Spa 24 Hours is a true test of driver endurance given that about 50% of the racers failed to finish the race. Unfortunately, the No.32 Nissan GT-R Nismo GT3 driven by Alex Buncombe had to exit due to an accident caused by a broken component on the left rear of the car. On the other hand, the No.35 Nissan GT-R ran consistently throughout the 24-hour race. Despite efforts, bad luck put the team three laps behind the leaders.

Nissan remains positive of the team’s efforts. Comments from Nissan’s Director of Global Motorspot Darren Cox focused on the team’s earning of rewards despite the challenging nature of the sport.

Ford to take on 2014 Dakar with Mustang-powered Rangers