In a recent study done by the University of Sheffield, research has shown that the greatest Formula 1 driver of all time is Juan Manuel Fangio. Researchers used statistical analysis to work out who the sport’s most accomplished driver in terms of skill rather than because they have a good car.

Led by Dr Andrew Bell of the Sheffield Methods Institute, the study also found that Teams matter about six times more than drivers when it comes to success in F1. The team also saw about two-thirds of the team effect is consistent over time, with the rest caused by teams changing year-on-year. Team effects have increased over time, but appear to be smaller on street circuits, where, according to researchers, driver skill plays a greater role. 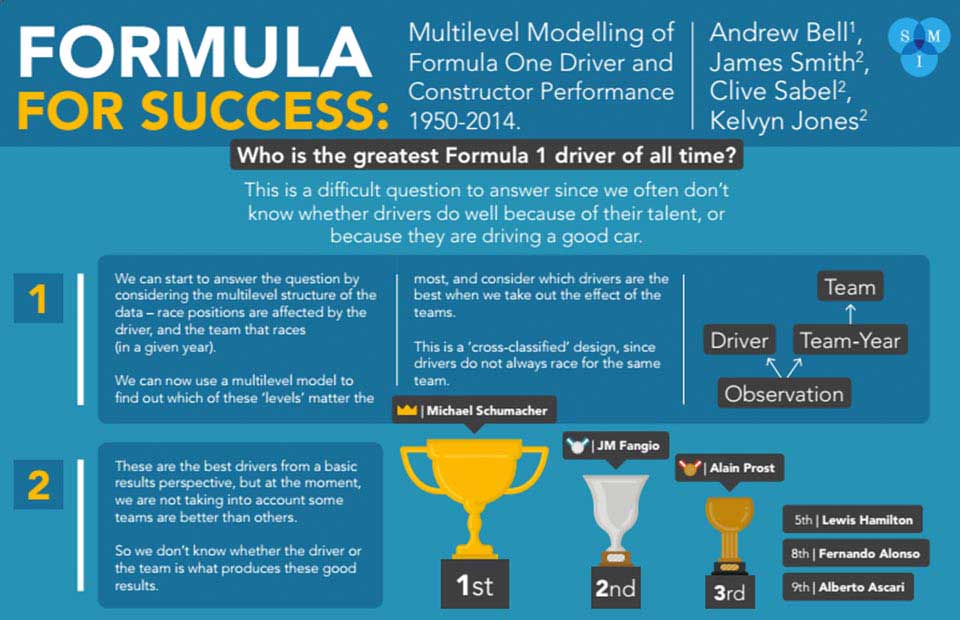 To compensate for the different eras, the researchers made a “multilevel” statistical model. The model took into account team and driver performance between 1950 and 2014, and included the tracks and weather conditions in which the drivers raced with. 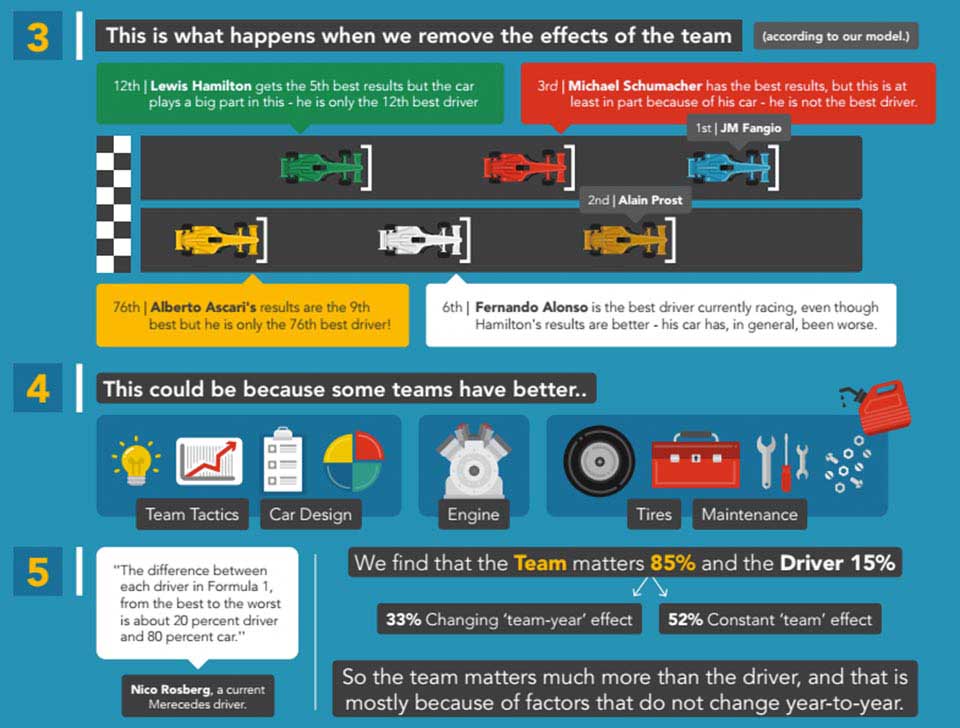 “Our statistical model allows us to find a ranking and assess the relative importance of team and driver effects, and there are some surprising results. For example the relatively unknown Christian Fittipaldi is in the top 20, whilst three time champion Niki Lauda doesn’t even make the top 100. Had these drivers raced for different teams, their legacies might have been rather different.” said Dr. Bell. The research team estimates 85% of a driver's success is attributed to the team and car while the remaining 15% is down to the driver.

With 91 wins under his belt, Michael Schumacher is ranked number one if car and team are taken into account. However, as a driver, Schumacher drops to ninth while his stint with Mercedes-AMG pulled him down the rankings. Because of that, Fangio takes the top spot thanks to his 46.15% win percentage, as well as winning the championship five times with four different teams. Taking second in the study is Alan Prost, followed by Jim Clark. Ayrton Senna was ranked number four in the study and behind him is Fernando Alonso, ranked in the study as the greatest driver on the current Formula 1 grid. Nelson Piquet, Jackie Stewart, Michael Schumacher, Emerson Fittipaldi and Sebastian Vettel round up the study's top ten drivers.

Is mediocrity killing our car shows?