After months of preparations, the first-ever Giti-Formula V1 race in the Philippines flagged off last weekend, pitting together veterans of local motorsports and up-and-comers in the challenging Batangas Racing Circuit.

The field was split in two, namely Pro Class and Am Class. The Pro Class saw seasoned racers such as Tyson Sy, Don Pastor and Stefan Ramirez piloting the lightweight VITA 01 around the twisty circuit. Am Class on the other hand saw graduates from grassroots racing leagues such as karting champ Sean “Rockrapidz” Smith and Vios Cup Celebrity Champion Dominique Roque. 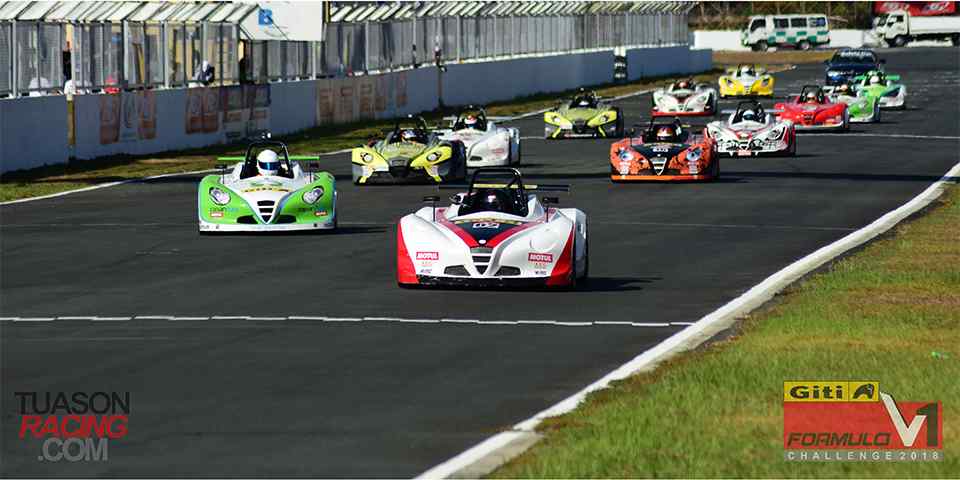 Taking pole for the Pro Class was Tyson Sy, racing under the banner of Parts Pro Racing. Alongside him was Don Pastor running for Frontrow Racing. Just behind them was Vios Cup Season 1 champion Luis Gono, representing Team Clean Fuel.

Sy and Pastor both made good launches when the race started but it was Pastor who would take the lead when the pack entered the first turn. The first half of the race would be a close battle between the veterans and, after laps of intense racing, Sy regained the lead and did his best to fend off Pastor.

In the end, it would be Sy who would cross the line first, edging out Pastor to be the country's first winner of the Giti-Formula V1 series. Gono meanwhile would finish third to round up the podium. Indonesia's Ahmad Fadillah Alam finished fourth while Stefan Ramirez of Scuderia Ramirez de Arellano ended the race in fifth. 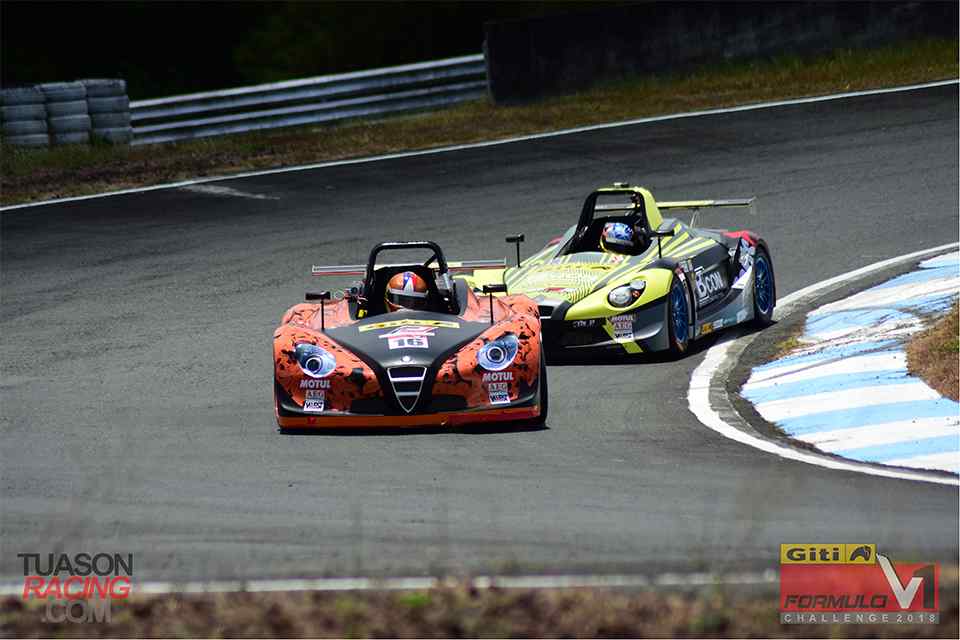 The second head of the Pro Class would see a repeat of the intense battle between Sy and Pastor. Like the race before, Pastor would pip Sy in turn one but more action was brewing just behind them. Following contact, Gono spun out in turn one, relegating him to the back of the pack. The 20-year old would then have a drive that will go down in history as one of the most impressive charges back to the front.

Back to the leaders, Pastor was busy fending off Sy, a reversal of the previous heat. The two would keep dicing with each other with Pastor heavily defending advances from the determined Sy, aiming for back to back wins. After 12 laps of close racing, Pastor's defense paid off by taking the win in race two. Sy was close behind in second place.

As for third, Alam kept that position until a hard charging Gono, who leapfrogged nine places up the grid, would snatch the final podium spot from the Indonesian. 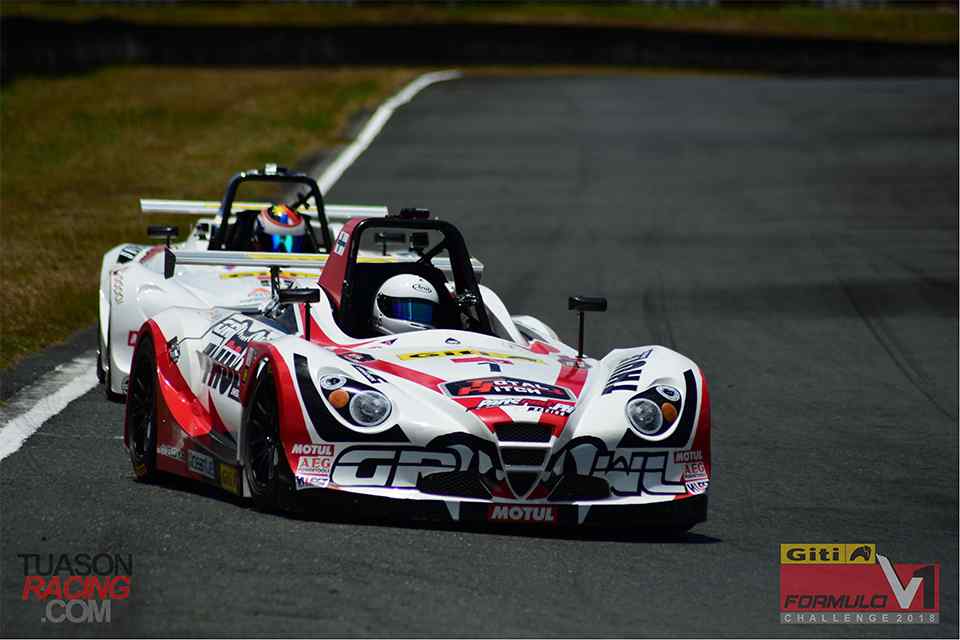 Race 1 of the Am Class saw intense action between Sean Smith of Parts Pro Racing and Jussi Hoikka of Growl-Thule Racing. Smith led the field for the majority of the race but Hoikka was mirroring the leader, waiting for the right time to pounce.

It would be on the last lap when Hoikka made his move. With consistent pace and a good run in the final set of corners, he would edge Smith for the win by a whisker. The first Am Class race of Formula V1 saw a photo finish with just 0.085 seconds separating the two.

Further back, it was just as intense for the battle for third. Fighting for the final podium spot was Shane Henderson, also from Parts Pro Racing, and Dominique Roque of Team Clean Fuel. Roque was attacking Henderson hard for third but the latter kept his cool. The Vios Cup Celebrity champ would later overdrive his car in an attempt to snatch third and lost ground to Henderson, allowing the Parts Pro Racing driver to bag third. 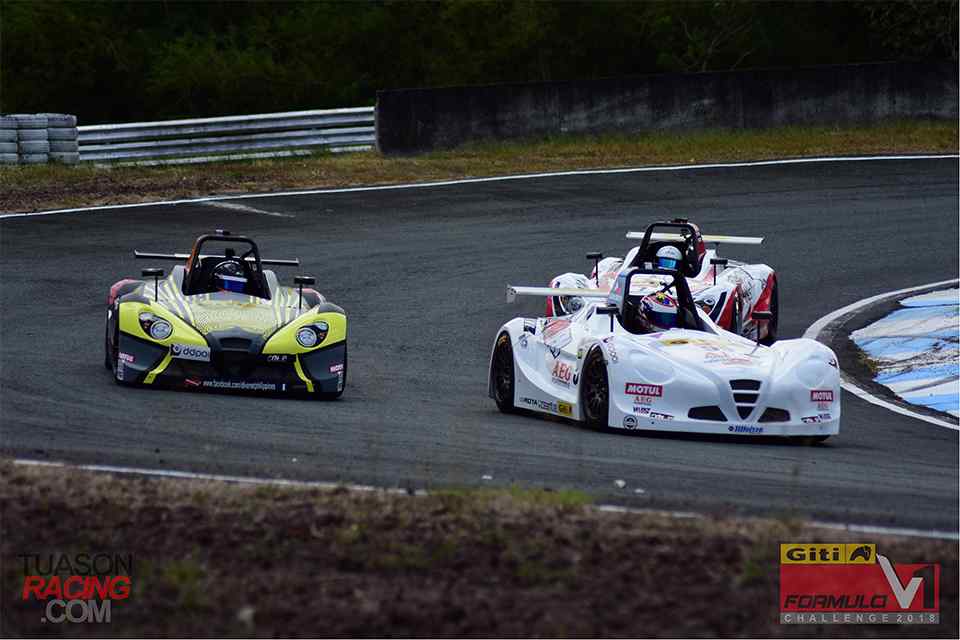 Following his second place finish in the first heat, Smith was determined to take the top step on the podium. He did so successfully by showing a dominant performance which saw him 9.278 seconds ahead of Hoikka, who would eventually finish second.

In a repeat of the first heat, Henderson would claim third, giving Parts Pro Racing four trophies in total for the Am Class. 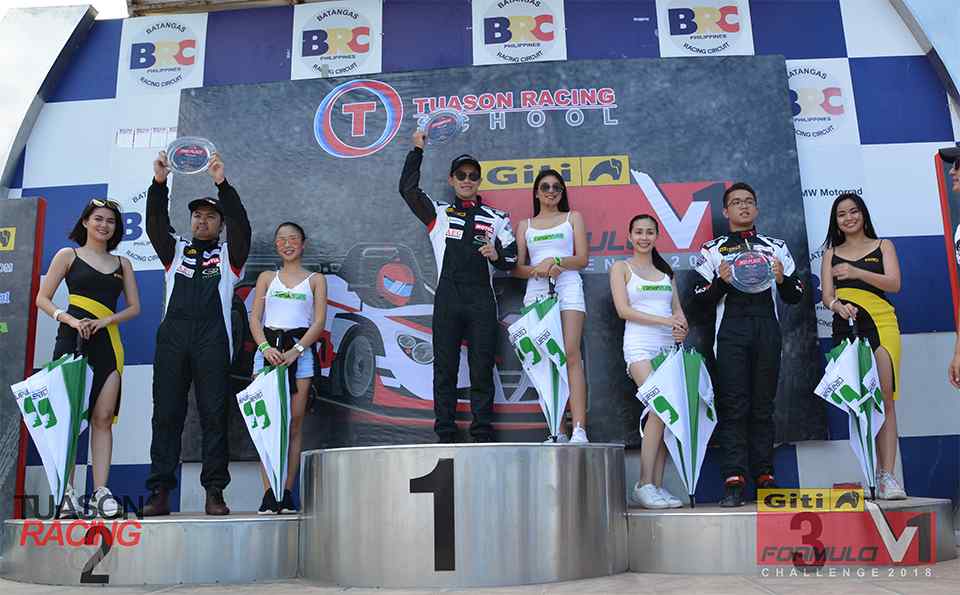 The 2nd leg of the Giti-Formula V1 Challenge 2018 will resume action on August 10 to 11 at the Clark International Speedway in Pampanga. 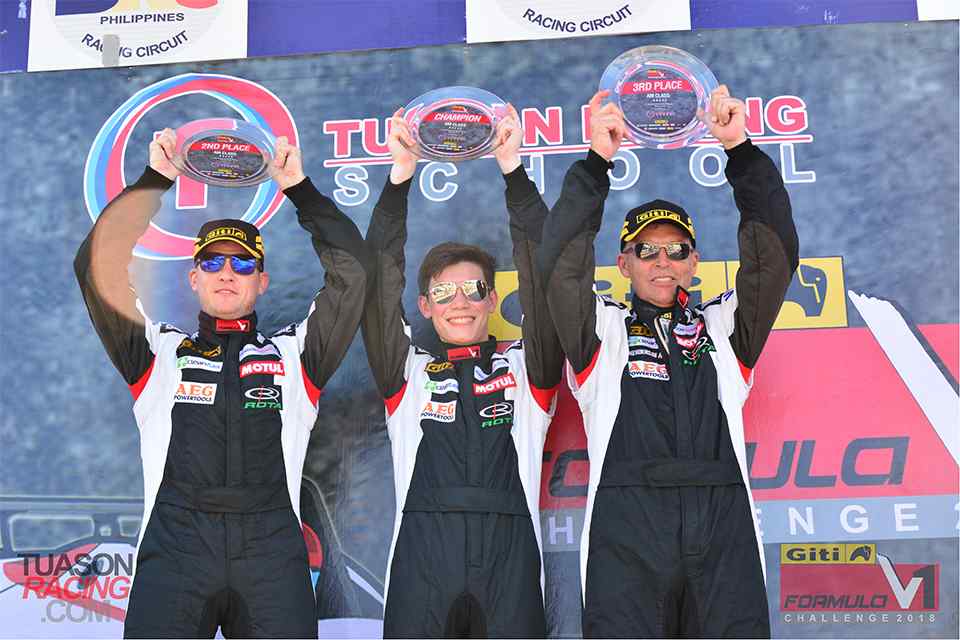 The iconic Sepang Circuit might make an F1 return

Could we be driving a Fortuner with a blue halo on the Toyota emblem in the future?