At the upcoming 24 Hours of Spa Francorchamps in July, the NSX nameplate will be making its return to the series. This comes 25 years after Armin Hahne, Bertrand Gachot, and Kazuo Shimizu started the 1993 race from pole position in a first-generation NSX, supported by Castrol.

Castrol Honda Racing – a name Gran Turismo players are all to familiar with – will be fielding the NSX GT3's return to the upcoming endurance race in Belgium. To bring back some nostalgia, it will sport the classic green-white-red Castro Honda Racing livery seen on the previous-gen NSX GT car. 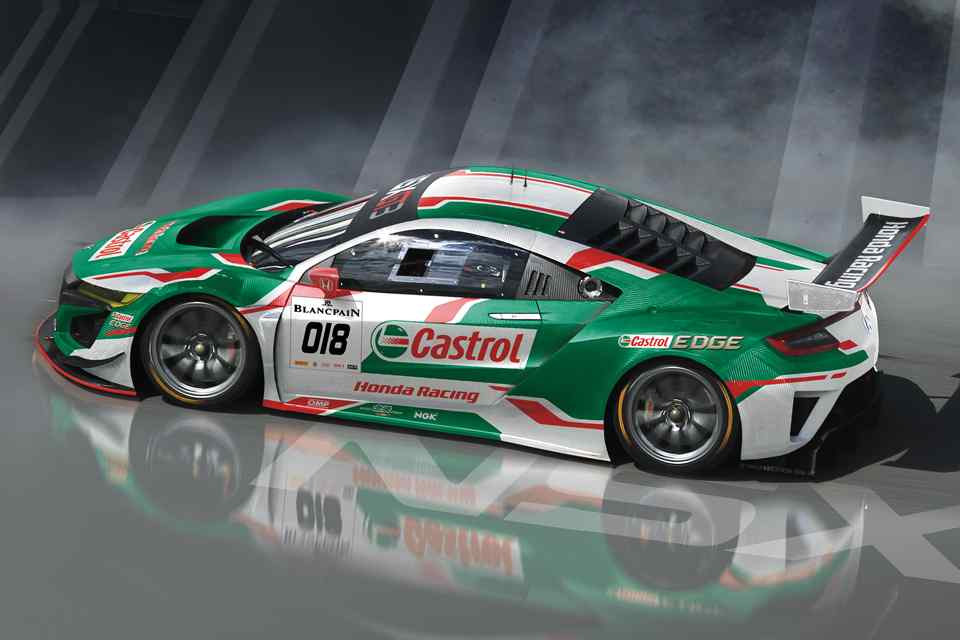 The NSX GT3 is based on Honda's reborn supercar, and is powered by the same 3.5-liter twin-turbo V6. The model has already proven victorious at the North American-based IMSA WeatherTech Sports Car Championship and Pirelli World Challenge. It also competes in high-level series in three different continents as part of the Honda NSX GT3's customer program,

“The partnership between Castrol and Honda is one of the most iconic in motor racing and dates back to the 1960s. Since then the iconic Castrol Honda livery has been the backdrop to a huge number of World Championship success and international race wins on two wheels and four, and we’re proud to see it on the NSX GT3,” said Donald Smith, Sponsorship Manager, Castrol Marketing

Since it was first introduce back in 1990, the Honda NSX has managed to be highly successful in motorsports. In 1995, it managed to clinch a GT win 1995 24 Hours of Le Mans. Furthermore, it also holds several titles at in Japan's Super GT series before it was replaced by the HSV-010.

JAS Motorsports, which handles car assembly and sales in Europe, will provide technical assistance to the team as part of the collaborative global program. Drivers will be announced at a later date.

With the NSX returning to the 24 Hours of Spa, could this mean that the NSX would also return to Le Mans? We surely hope so complete with classic liveries of the past.

With a deadline extension, Red Bull Racing is given more time to consider Honda as their engine supplier for next season

Orange you glad Honda has a refreshed NSX coming in 2019