Over the years, the internal combustion engine was king at the iconic Pikes Peak International Hillclimb. Back in 2013, Sebastian Loeb set the all-time record with a time of 8:13.878 in the 3.2-liter twin-turbo V6 Peugeot 208 T16; a record which remained undefeated until now. At this year's hill climb, Volkswagen brought the all-electric I.D. R with Romain Dumas behind the wheel, and set a new all-time record at the 20-km long track.

Dumas managed to set a time of 7:57.148, beating Loeb's time by a full 16-seconds. Apart from rewriting the overall course record, Volkswagen also set a new time for the electric vehicle record; previously held by Rhys Millen's with a time of 8:57.118. Furthermore, the win allowed Dumas to claim his fourth overall victory at the Pikes Peak International Hillclimb. 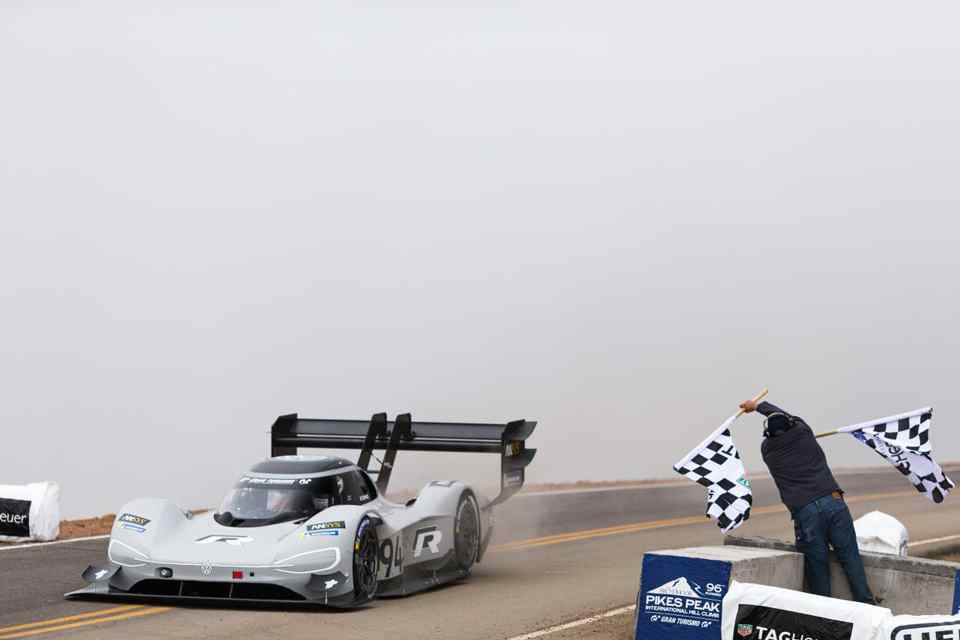 “Since this week’s tests, we have known that it was possible to break the all-time record. For it to come off, everything had to come together perfectly – from the technology to the driver. And the weather had to play ball too. That everything ran so smoothly is an incredible feeling, and the new record on Pikes Peak is the icing on the cake,” said Dumas.

Compared to Loeb's Peugeot which had a one-to-one power to weight ratio, the electric I.D. R produced only 680 PS and weighed around 1,100 kg. It did however, have a more aggressive styling which helped it produce downforce despite the thin air on Pikes Peak.

“The I.D. R Pikes Peak is the sporty forerunner of Volkswagen’s I.D. family. Today, we saw what this technology is capable of,” said Dr. Frank Welsch, Member of the Board of Management of the Volkswagen Passenger Cars