Toyota Racing is the 2014 World Endurance Champion by clinching the drivers' and manufacturers' championship in the Six Hours of Sao Paulo at Interlagos.

Despite a second-place finish during the eight and final race of the season, the Toyota Racing managed to emerge as overall winner for the 2014 World Endurance Championship. The No. 8 Toyota TS040 Hybrid of Anthony Davidson and Sébastien Buemi finished behind the No. 14 Porsche 919 Hybrid of Neel Jani, Romain Dumas and Marc Lieb. Completing the podium finishers was the No. 1 Audi R18 of Lucas di Grassi, Loic Duval and Tom Kristensen. 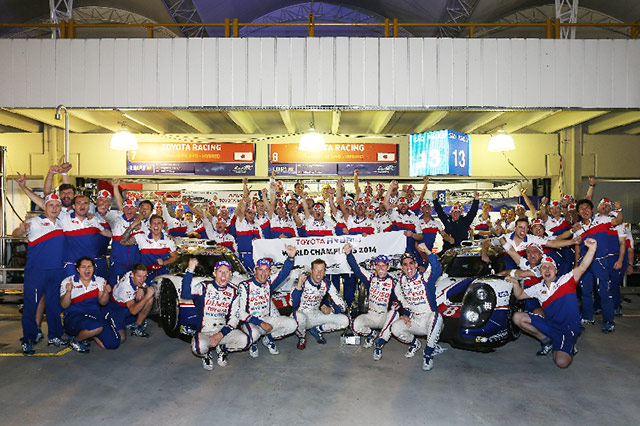 The title win for Toyota ended their 15-year wait for a championship. Toyota's win also marks a historic moment because it is the first time wherein a Japanese automaker has won the World Endurance Championship since its inception in 1953. 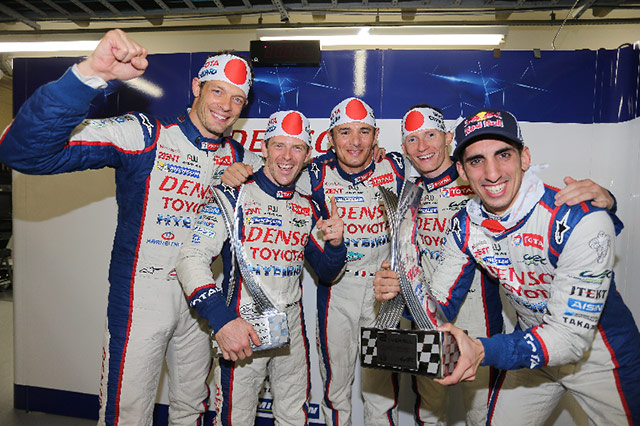 Toyota Motor Corporation President Akio Toyoda said that he's overjoyed that Toyota Racing was able to win both the drivers' and manufacturers' championships this season.

“After only three years in the FIA World Endurance Championship, I’m overjoyed that Toyota Racing was able to win both the drivers’ and manufacturers’ World Championships this season. I must express my sincere gratitude to our fans for their encouragement and our partners for their support,” Toyoda said.

Toyoda added that Toyota will use their experiences in the FIA World Endurance Championship to “revolutionize” hybrid technology and to develop better cars that “delight people around the world.”