A more exciting Season 2 of the Vios Cup 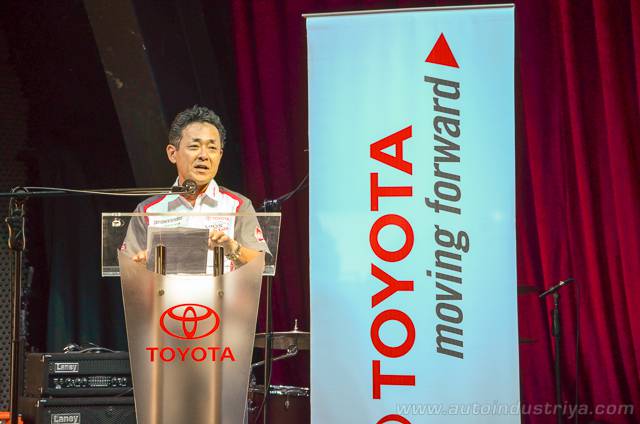 Toyota Motor Philippines executives led by Mr. Michinobu Sugata (TMP president), as well as race organizers led by Mr. Jean Pierre Tuason of the Toyota Racing School revealed the details surrounding the second season of the Toyota Vios Cup such as having a total of four race legs, rule amendments and other information for the series. 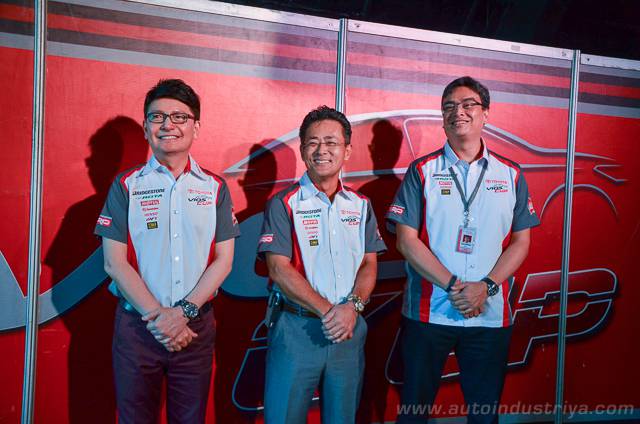 In 2015, the Toyota Vios Cup Season 2 will take place over four weekends instead of just three. Round 1 will take place at the Clark International Speedway in Pampanga to open up the season on March 20-21. Round 2 will be held at a yet to be determined location, most likely a street circuit outside of Luzon. Round 3 will be held on a street circuit in Metro Manila in September, though organizers appear to be eyeing the roads around the Solaire Casino by Manila Bay. The season will be capped off in November with Round 4 again at the Clark International Speedway.

Toyota will also be implementing several changes to the rules to ensure consistent officiating, competitive and safe racing. In terms of race officials, TRS will be getting the services of an ex-Filipino racing driver and a foreign racing driver (as appointed by TRD) to serve as race stewards alongside the AAP. For more competitive racing, organizers amended to rules by raising the minimum total weight of the car and driver to 1100 kilograms and a revised points multiplier for special events such as double points for street races and 1.5x points for the Clark finale. For driver health and safety, TRS will be implementing mandatory random medical checks and clearance for the drivers as well wells as requiring the use of a HANS (head and neck support) device.

The grid has grown to at least 39 cars with many new drivers being brought in to compete. The Toyota Racing School will also be fielding a total of 6 celebrities for the season with Phoemela Baranda, Jinno Rufino and defending celebrity champion DJ Sam YG returning for a second season. Celebrity newcomers include Jasmin Curtis-Smith, Joyce Pring and Derek Ramsey.

Bridgestone Philippines returns as the official tire sponsor, this time fielding the Potenza Adrenalin RE002 for the series, while Brembo Philippines will continue to be the official provider for stopping power of the series. Denso and AVTwill also be returning to support the Toyota Vios Cup.

In 2014, TMPC kicked off the Vios Cup with an exhibition race followed by the regular season that had three legs; two were held at the Clark International Speedway while another was held on a street circuit in McKinley West in Fort Bonifacio. The series broke records by having the largest ever single race grid in Philippine motorsport history as sanctioned by the Automobile Association Philippines (AAP).