The TS040 will push the limits of hybrid powertrain technology in motorsport.

Toyota Racing team’s new TS040 Hybrid is most likely to be revealed with its participation in the 2014 FIA World Endurance Championship (WEC). Toyota says their new car will push the limits of hybrid powertrain technology in motorsport.

Toyota Racing officially entered two TS040 Hybrid cars for the 2014 WEC season, including the Le Mans 24 Hours and the Automobile Club de I’Ouest which is scheduled to confirm the full grid on Febuary 13.

For the third straight year, Toyota Racing team will have drivers Alex Wurz, Nicolas Lapierre, Kazuki Nakajima, Anthony Davidson, Sébastien Buemi, and Stéphane Sarrazin. Rounding up the list is Mike Conway which will be the reserve and the test driver for the team. 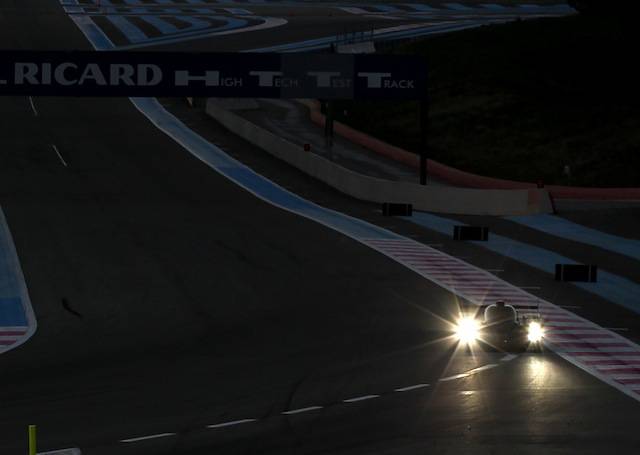 “We are very much looking forward to this new season with our new car, the TS040 HYBRID. The 2014 season is an important one for TOYOTA Racing; after two years we have built up a lot of experience and now, with new regulations, all teams start from a level playing field. This is an exciting challenge for us and one we are determined to succeed in. This year we will benefit from a four-wheel drive hybrid system using our proven super-capacitor storage solution and this will provide a very substantial acceleration boost. It will be fascinating to see how the various solutions compare; personally I can’t wait to get started”, said Yoshiaki Kinoshita, Team President. 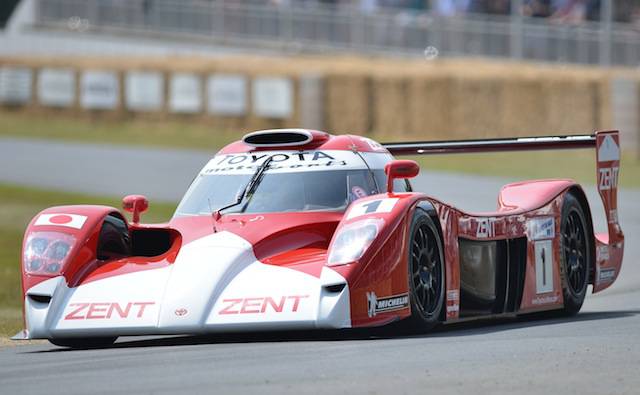 The TS040 follows in the footsteps of the Toyota TS020 GT-One (above), but is more directly a descendant of the TS030 Hybrid (below). 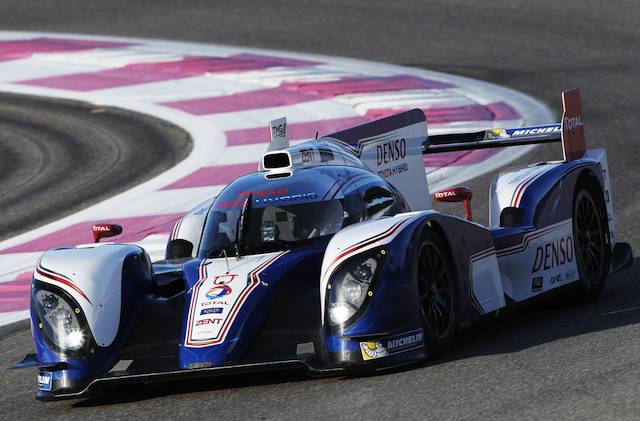 The TS030 was the racecar that made Toyota Racing a pioneer in the field of hybrid powertrains for motorsport. With its new car, the TS040 Hybrid takes the technology to the next level.

In the new design, Aisin AW motor/generator is added in the front axle in combination with the DENSO unit at the rear. This new design features means that Toyota Hybrid System – Racing now provides power to all four wheels. 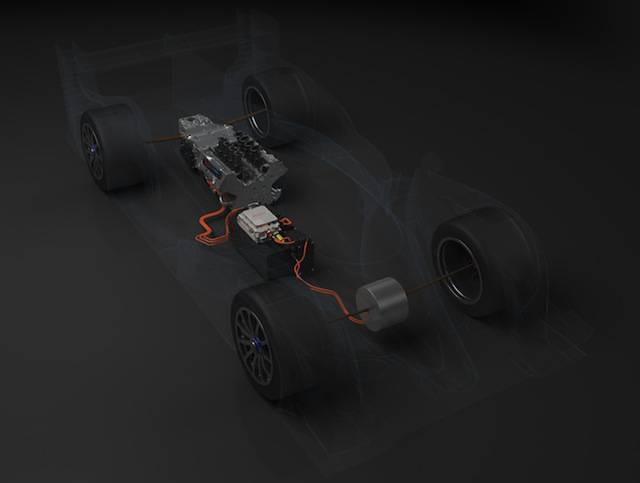 The TS040 four-wheel-drive hybrid power is equipped with a petrol – powered V8 engine which was developed by Motor Sports Unit Development Division at the Higashifuji technical centre. The TS040 Hybrid chassis is designed, developed, manufactured, built and operated by TOYOTA Motorsport GmbH (TMG) in Cologne.

The car completed a successful roll-out at Paul Ricard last January 21 – 23. Alex Wurz and Anthony Davidson were the drivers. With this, further testing is still to be underway which is prior to the season-opening Six Hours of Silverstone in April 20.

More details about the TS040 HYBRID, including technical specifications, will be released immediately before the March 28-29 official WEC test.