During the break, team Toyota San Fernando (TSF) was hard at work in preparation for the final round of Vios Cup Season 3. The team has made sweeping changes since the previous round as TSF aims to score solid results in Clark. 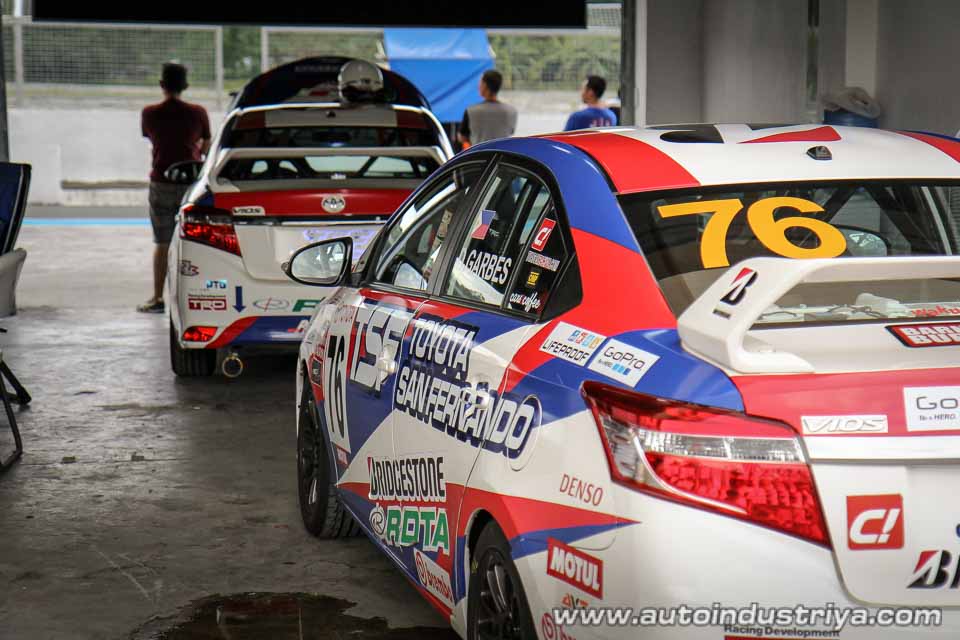 In the pursuit of faster laptimes, TSF has further enhanced their practice run procedures. To ensure the reliability of the cars, each undergo a thorough shakedown before the runs begin. The team is also taking a closer look at data logging with each driver's performance monitored in a more detailed manner. Not only does it provide more specific data but it also enables better driver-coach communication.

The revamped testing procedures paid off during practice rounds with all drivers posting quick lap times. Their performances during practice netted them good qualifying spots and were primed for top results come race day. 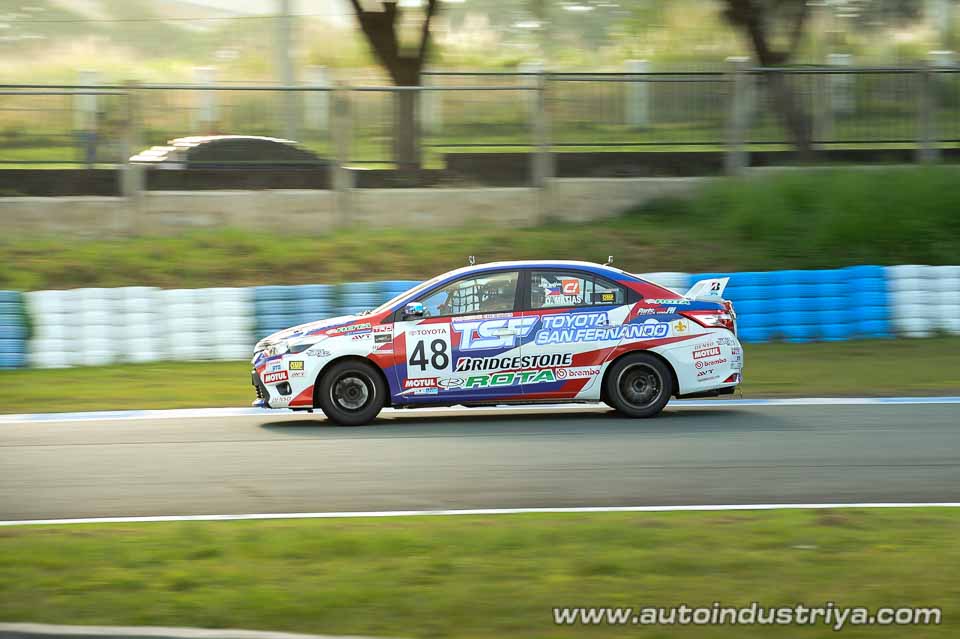 Round 4 of Vios Cup kicked off with the Promotional Class and Oliver Matias, despite qualifying seventh, was off to a good start, edging for the lead in the early half of the race. However, Oliver's momentum was slowed down after the safety car was brought out following an incident. Racing resumed and Oliver was still in contention for a podium finish. He ran a clean race and eventually finished third. Darrel Garbes meanwhile was running strong but was unfortunately collected in an incident. He would be unable to start the second race.

The second race saw Oliver building on the momentum of the first race, vying for the lead and was in contention until going wide in Acacia corner then running into into a fellow competitor, knocking him out of the top five. 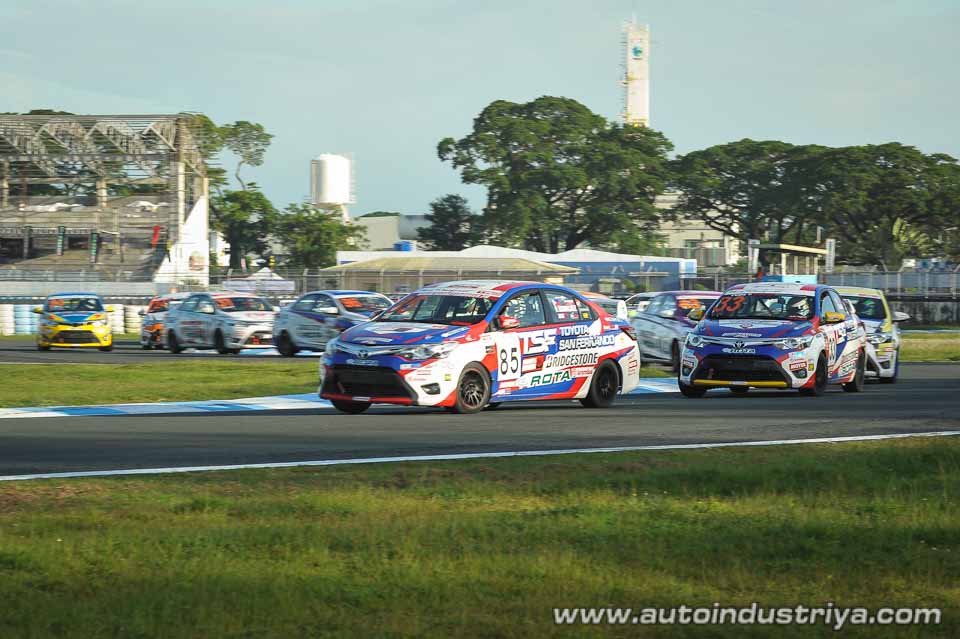 In the Sporting class, the trio of Steve Bicknell, Ton Ramos and Paolo Rodriguez would make waves in the category, sticking together for everyone to post good results. Ton Ramos took the lead early but was shuffled out of the way by other cars. His team mates backed him up and the teamwork the three pulled together was enough for Steve Bicknell to finish fourth and Ton Ramos to finish fifth in the first race of the Sporting Class. Paolo Rodriguez did well in the first race, netting him a sixth place finish.

With a strong finish in the first race, Steve Bicknell wasted no time in charging to the front in the second race, clinching the lead in the first lap. Despite pressure from behind, Steve kept running fast laps to leave the field behind. By the end of the race, Steve had opened up a significant gap over second place and cruised to his very first Vios Cup victory. The win was especially sweeter for Steve as it was a double points weekend, putting him in contention for the Sporting class title. Paolo Rodriguez and Ton Ramos meanwhile finished a solid fifth and sixth respectively. Together, the three hauled in a lot of points for Toyota San Fernando. 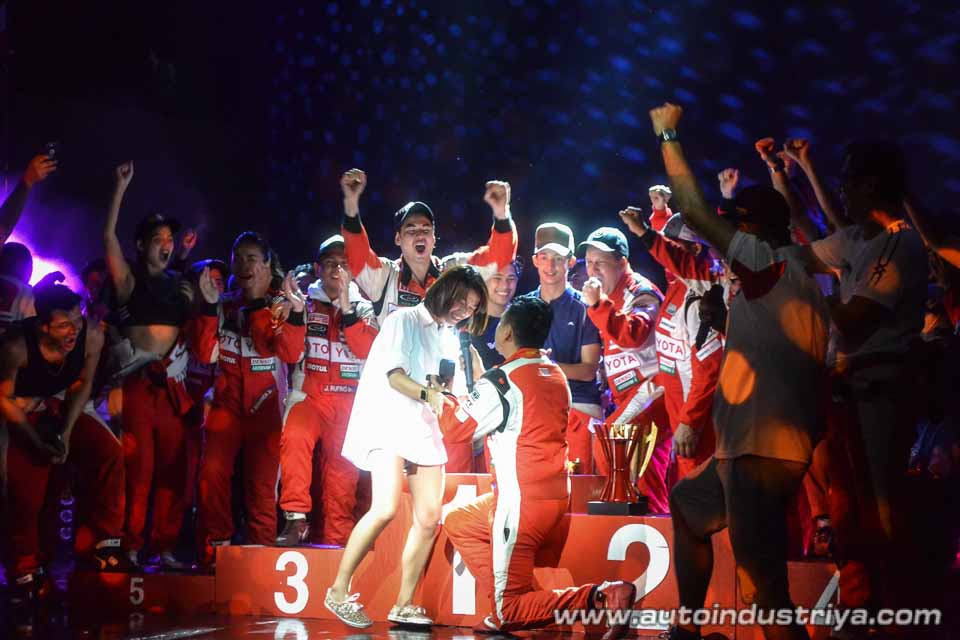 Pauland Dumlao, racing in the Super Sporting Class, qualified in the top five. He initially made a good start but was punted several times. Pauland's struggles would continue in the second race, being punted yet again but, despite that, TSF's veteran was all smiles throughout the weekend. Pauland may not have scored points but he has a victory on a more special note. After the race, Pauland proposed to his longtime girlfriend, Tutti Vishendas during the awarding ceremony. Tutti said yes and making Pauland the biggest winner in this exciting season of Vios Cup. 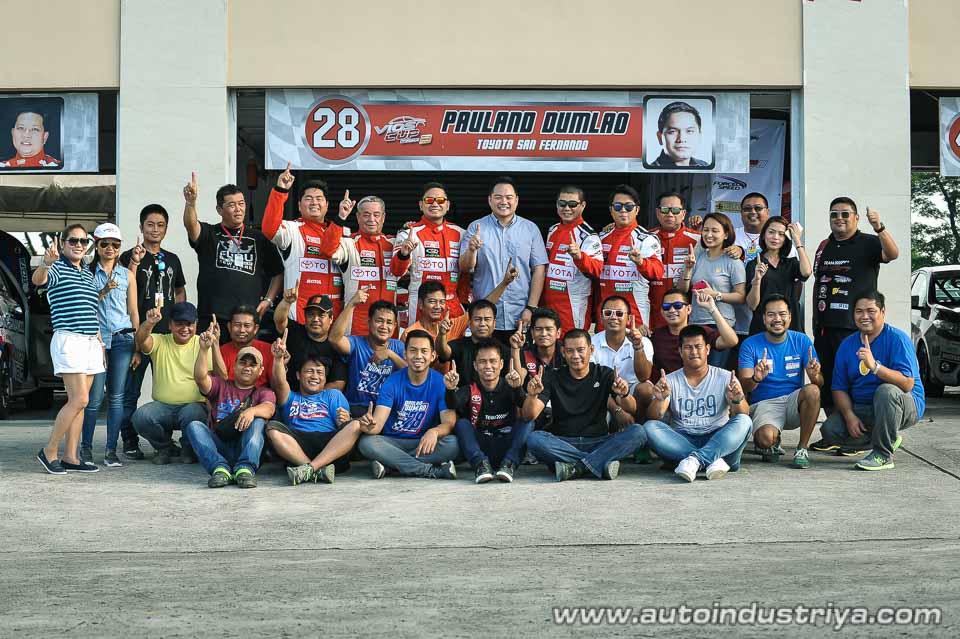 Overall, the team ended the season on a high note with consistent finishes, brilliant drives and, most importantly, producing two proven winners in the Vios Cup. With results like these, team Toyota San Fernando is looking forward to the next season.