Toyota Racing has just pulled the covers off the TS040 HYBRID, one of the most technologically advanced hybrid racecar in the world and ushers in a new era of hybrid motorsport. The car will take part in the 2014 FIA World Endurance Championship, was unveiled at Paul Ricard Circuit along with a new driver lineup. 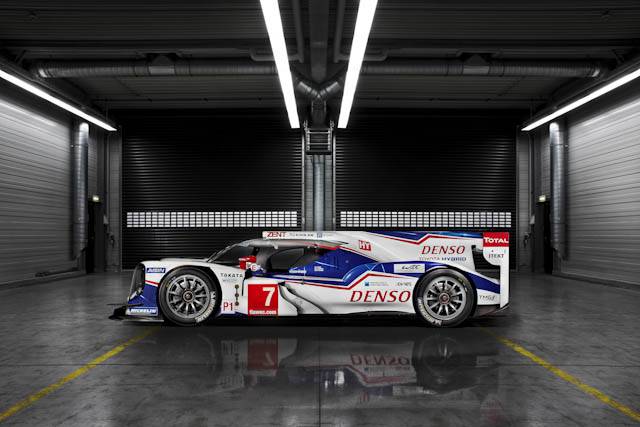 The four-wheel drive hybrid sports a 3.7L V8 engine pumping out 520PS and is complemented by a hybrid boost of 480PS to deliver 1000PS of maximum power.  The racing powertrain has been developed with the WEC’s technical regulations in mind and focusing on 25% reduction in fuel use from last season.

Toyota used two different motor-generators on the TS040 HYBRID car with an AISIN AW on the front axle and a DENSO unit on the rear. 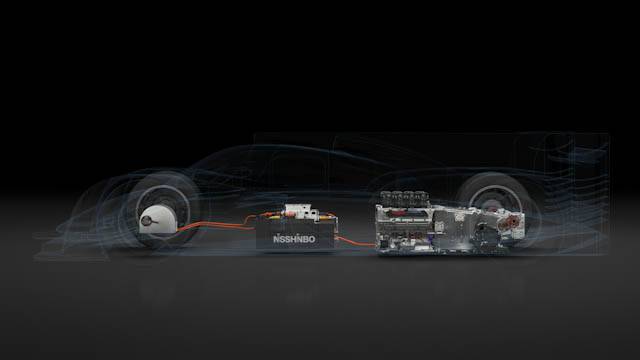 Like any KERS system, the motor-generators apply braking force along with traditional brakes while harvesting kinetic energy that is sent using an inverter to the Nisshinbo super-capacitor, which converts it into a 480PS boost during acceleration.

The TS040 HYBRID made its track debut at Paul Ricard on 21 January and has completed 12 days of testing across Europe, covering around 18,000km.

The first race of the TS040 HYBRID will be at the Six Hours of Silverstone going against race manufacturer competitors Audi and Porsche for the first time this year.

“The TOYOTA HYBRID System - Racing has been significantly upgraded due to the challenge of new regulations. The regulations require a big reduction in fuel consumption but, to remain competitive, we of course want to retain engine power; it is not a realistic option to reduce consumption by reducing power. We looked at various possibilities but the most appropriate solution for us was to increase the displacement of the engine to improve heat efficiency whilst upgrading the hybrid system. We considered bigger hybrid capacity but settled on 6MJ as anything greater, using kinetic energy recovery, had a negative effect on lap time due to increased weight. To recover that amount of energy under braking, the rear motor-generator was not enough so we returned to the four-wheel hybrid concept we developed from 2007 to 2011, before the regulations limited hybrid boost to just one axle. With 1000PS we have achieved very impressive performance and kept the system within our weight targets. Now it’s time to see what it can do against the competition,” said Hisatake Murata, General Manager, Motor Sports Unit Development Division.

Lewis Hamilton had a commanding 17 seconds lead over teammate Nico Rosberg for a 1-2 Mercedes finish at the 2014 Malaysian GP.

After an 8m13.878s record-setting ascent of Pikes Peak, Peugeot Sport is set to take on the Dakar in January 2015.