To be launched in Q3

We kind of knew that the dream for a Toyota 86 One-Make Race in the Philippines wouldn't amount to much (for now), but it seems Toyota Philippines is planning a One-Make Race for something else: the next generation Vios. 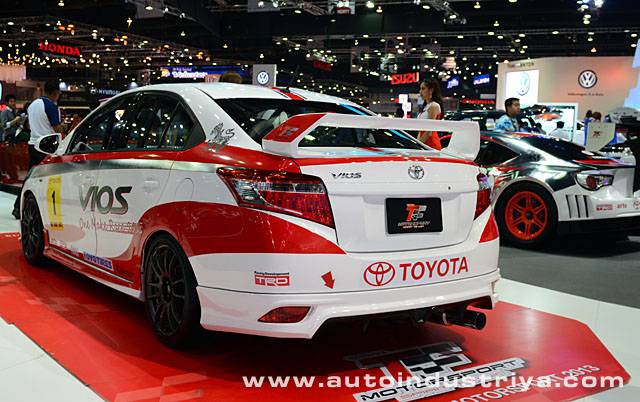 According to our high-level source, their all-new subcompact (like this TRD Asia-prepped example at the Bangkok International Motor Show) will be the star of the Vios One-Make Race series to be held by Toyota Motor Philippines Corporation as part of the launch activities for the country's best selling car.

TMP plans to conduct the launch event for the OMR sometime in Q3 (probably right after the official launch of the next generation Vios), and the actual races or series to happen in 2014. As for which circuits will be used is still unclear, though it seems the Clark International Speedway is the likely choice.

This will be the first time Toyota Philippines will have held a true motorsports series in over 10 years. The last set of motorsports eventsincluded the Toyota Corolla Cup and the Formula Toyota series (4AGE-powered open wheel cars) from the late 90's up to the early 2000's.

The kicker, according to our source within Toyota, is what awaits the winner of the series: the champion could be sent to Thailand to compete in a Toyota Vios One-Make Race there or (even better) be sent to Singapore, as Toyota is also planning to have the regional Vios One-Make Race be held as a support event for the Singapore Grand Prix.

It's still in the planning stages, but isn't this something to be excited about?

The streets of Manila will be part of history in the making as racing sensation Marlon Stockinger drive Lotus Formula 1 race car for the Manila Speedshow.

The fans at this year's 24-hour ADAC Zurich race at the Nürburgring will be treated to a special thanksgiving performance courtesy of seven-time Formula 1 world champion Michael Schumacher.