You can now buy a Toyota Vios race car for just Php 1.4 million

Toyota Motor Philippines Corporation (TMPC) has just concluded the inaugural season of the 2014 Toyota Vios Cup One Make Race this past weekend at the Mckinley West Street Circuit in Taguig.

At the event, we managed to catch up with two men from Toyota Racing Development Asia namely Teikichi Ishibashi and Kiyoshi Misaki, two of the proponents behind the Toyota and TRD's involvement into motorsport in the ASEAN region.

AutoIndustriya.com had a chat with Ishibashi-san regarding the impact of having a sanctioned street race in Manila, and he relayed to us that there is a lot riding on the finale of the 2014 Toyota Vios Cup, particularly in the ASEAN region. 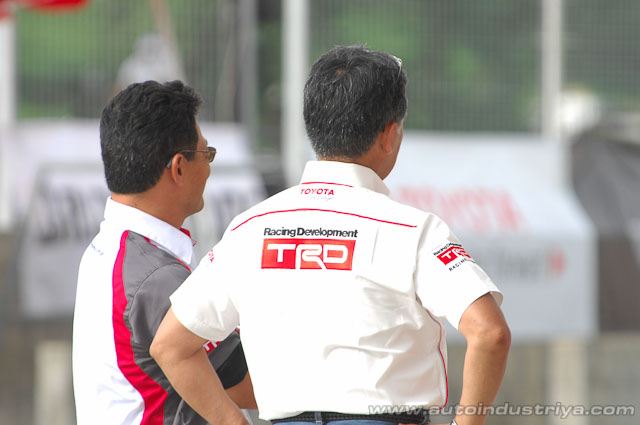 TRD Asia will use the successful staging of the 2014 Toyota Vios Cup street race in the Philippines to pitch to Toyota's other subsidiaries in ASEAN. Toyota Thailand has already been running a Vios one-make race championship in their country for quite a few years already, but other countries in ASEAN still haven't established their own Vios OMR yet such as Indonesia, Malaysia, Vietnam and more.

According to Ishibashi-san if more national Toyota operations in ASEAN join in and stage their own Vios OMR, they can then take the champions or top drivers from each country for a unified Toyota Vios Cup championship in South East Asia. Think Race of Champions.

Wouldn't that be cool?

Audi wins the 2014 Manufacturers Title during the 2014 DTM, ending the season with 409 points