Endurance races are no easy feat. It's one thing making a car go fast with a set number of laps. But, making a car go fast and last 8 hours is another challenge on it's own. Tuason Racing (TRS) however seems to have done both with their Formula V1 as they finished in first place at the recently concluded Petron x 8 Oras ng Pilipinas last December 1-2 at the Clark International Speedway; a back-to-back win from last year's event.

Despite only having 110 hp, the lightweight Formula V1 was able to match the pace of cars with double its power. However, technical gremlins prevented it from qualifying on pole position on Saturday. 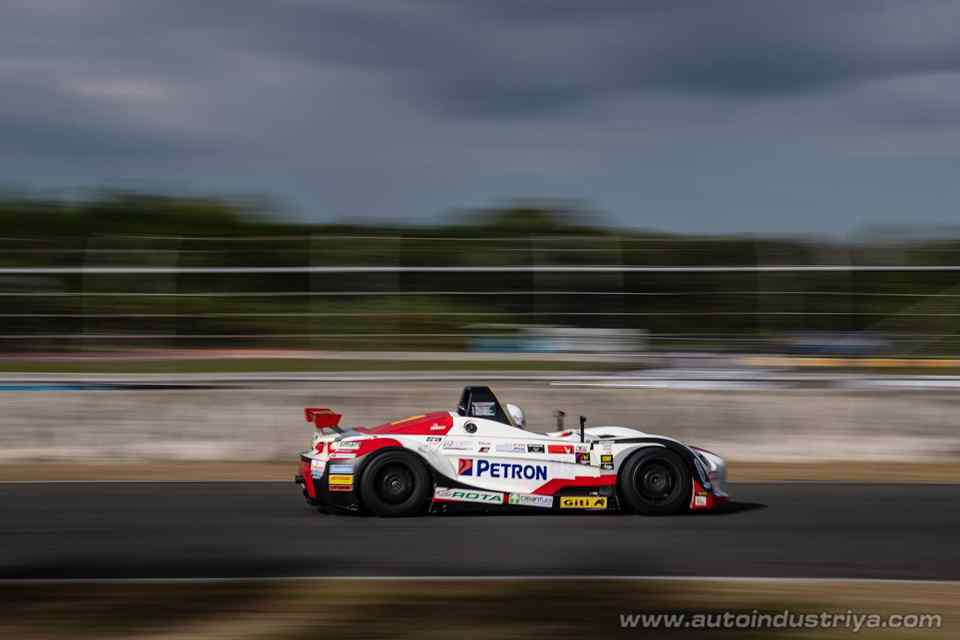 As the race started on Sunday, Milo Rivera wasted no time chasing the front runners. Starting from P4 on the grid, he managed to clinch the lead after only four laps. He then handed the car over to Ferdie Ong who continued to secure their position in the grid. Because of the Formula V1's small 20 liter tank, the team had to stop for fuel 10 times over the course of the enduro. Thankfully, an error-free run together with a smart pit stop strategy that took advantage of safety car periods allowed the team to secure 1st place from the second hour onwards until the chequered flag dropped.

All-in-all, Ong, Tuason, and Ramirez drove a stint each, while Henderson jumped into the driver's seat twice. Rivera did most of the heavy lifting as he endured three stints that sums up to over three hours of driving.

When the chequered flag was waved, the TRS-Formula V1 car crossed the finish line in first ahead of the entire 32-car field with a four-lap advantage, taking the Open Class victory. It covered 186 laps in total, and set the fastest lap of the race on a single set of GITI Sport GTR3 RR1 tires.

“It has been an amazing back-to-back win in the PEC 8 Oras ng Pilipinas. This finish is a testament to our teamwork, great drivers, and the Formula V1’s speed and reliability. After a great opening season for Formula V1 we look forward to 2019 to creating a premier race series which will hone drivers skill for international racing,” said JP Tuason, TRS president.

Who will be crowned champ at 2018 Philippine Tough Truck Challenge?

Want to see off-road rigs in action? The 2018 Philippine Tough Truck Challenge kicks off this weekend in Cagayan de Oro

Nissan Drive for Samar: building new homes for the people of Oras