This season of Formula is shaping up to be a two horse race between Scuderia Ferrari and Mercedes-AMG-Petronas. After being tied for the world driver's championship lead, it was Sebastian Vettel and the Italian outfit that emerged victorious after a costly error from Lewis Hamilton. 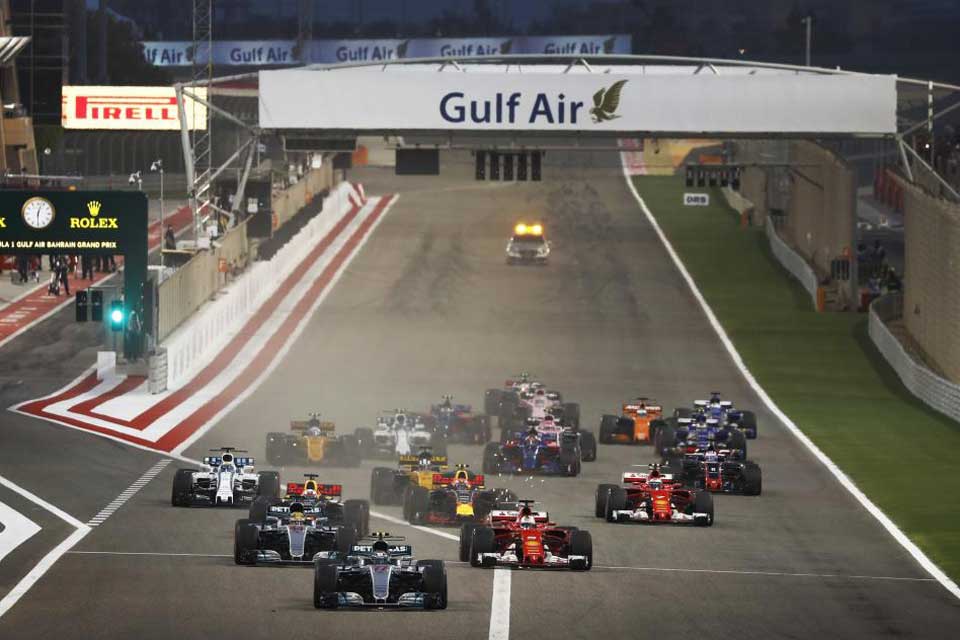 The first half of the race saw many drivers involved in incidents, as well as many retiring. Even before the cars got to the grid, Stoffel Vandoorne was unable to start the race due to problems with his McLaren. It was a frantic first lap with the two Mercedes-AMGs of Hamilton and Valtteri Bottas right up until the first turn. Vettel got a good launch and overtook Hamilton to take second place. Bottas meanwhile was maintaining a steady gap over Vettel.

More drivers would retire just before the first wave of pitstops. Kevin Magnussen suffered electrical problems in the Haas on lap nine. Then, on the following lap, Max Verstappen encountered brake failure, sending him into the wall. He walked away unharmed. Two laps later, Carlos Sainz Jr. and Lance Stroll clashed when Sainz Jr. speared into to the side of the Williams. The accident brought out the safety car period. 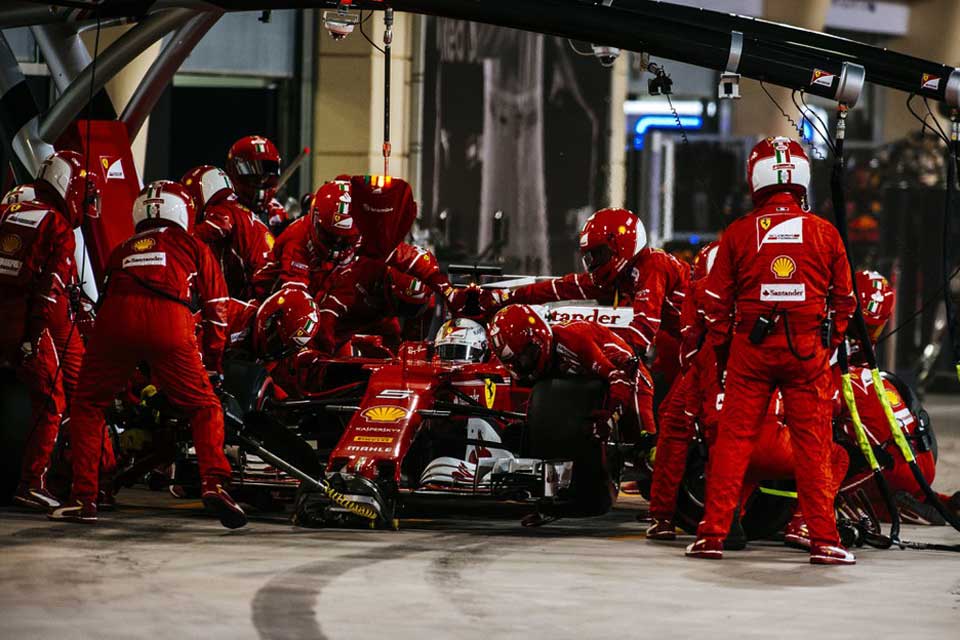 Ferrari adapted an undercut strategy which paid off for Vettel, allowing him to take the lead as others pitted during the safety car period. This bumped Bottas down to second with Hamilton in fourth, just behind Daniel Ricciardo. When racing resumed, Ricciardo struggled with cold tires and quickly dropped down the order. 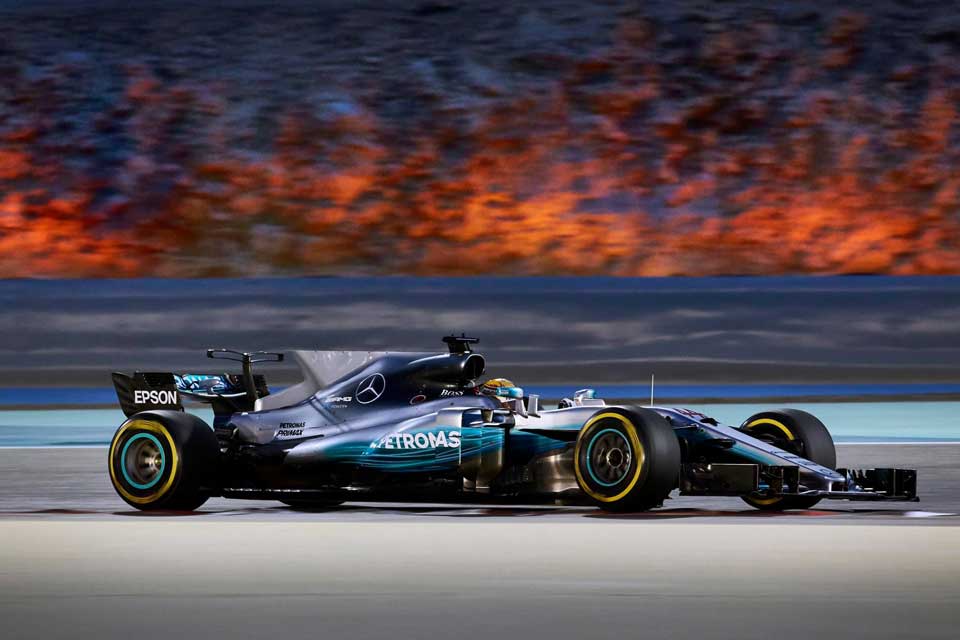 Vettel and Bottas were wheel with the Ferrari driver almost out of shape before the entry of turn three. Bottas pounced on Vettel but the latter was able to defend, keeping the lead. Bad news would hit Hamilton as he received a five second penalty for driving too slow at the entry of pitlane, effectively holding back Ricciardo during the wave of tire changes. Kimi Raikkonen meanwhile was complaining from handling problems, so was Bottas. Quietly sitting in the middle of the top ten were Ricciardo and Felipe Massa.

Towards the middle of the pack, it was Sergio Perez who had luck on his side. The Mexican started near the back of the grid but was well on his way to another strong finish, quickly dispatching Renaults and Saubers. Romain Grosjean was having a trouble-free race as well, vaulting himself into a points scoring position. Gaining valuable points for Renault was Nico Hulkenberg, now well inside the top ten. Meanwhile, Pascal Wehrlein and Esteban Ocon were fighting it out for the tenth place. 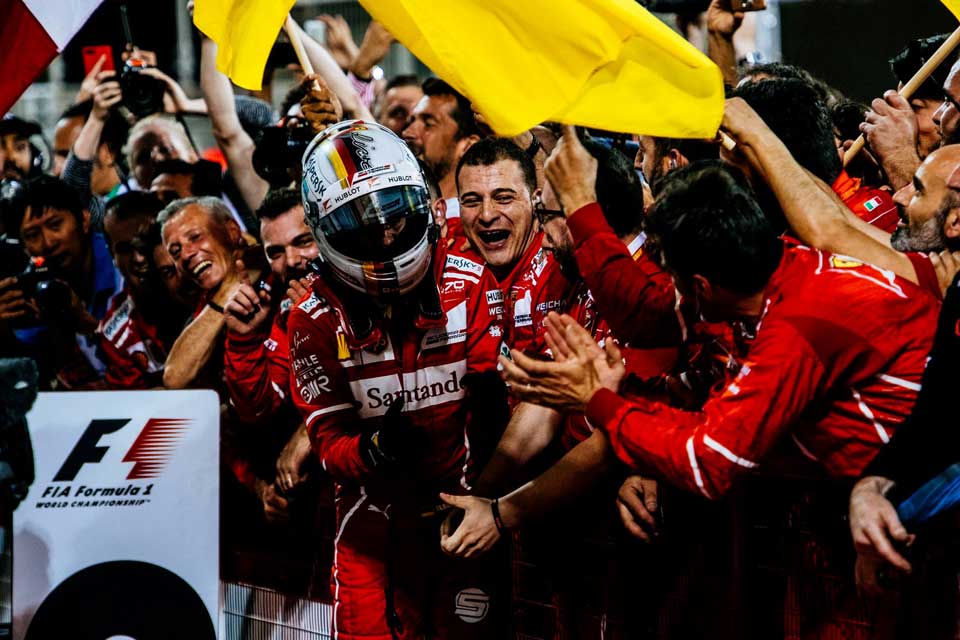 Towards the end of the race, Mercedes-AMG took a gamble by letting Hamilton pit on lap 40. There, the crew stood still for five seconds and eventually began work on the car. At this point, Vettel had a substantial lead but, with a fresh set of tires, he quickly overtook Bottas for second and was eating up the gap between him and Vettel. Unfortunately for Hamilton, it was not enough and Vettel took the win, 6.66 seconds ahead. Bottas meanwhile finished third with Raikkonen just two seconds behind. Ricciardo limped his car home in fifth.

In the top ten are Massa in sixth, Perez in seventh, Grosjean eighth and Hulkenburg ninth. Ocon was successful in passing Wehrlein to round off the top ten.

McLaren to mark Indianapolis 500 return next month with Fernando Alonso behind the wheel.