The Scuderia Ferrari F1 team is finally back

Starting second on the grid, Vettel managed to take the lead when most of the drivers, including Lewis Hamilton, pitted under the safety car on lap 5. The safety car was deployed because Sauber’s Marcus Ericsson spun into the gravel on lap 4 causing him to retire from the race. 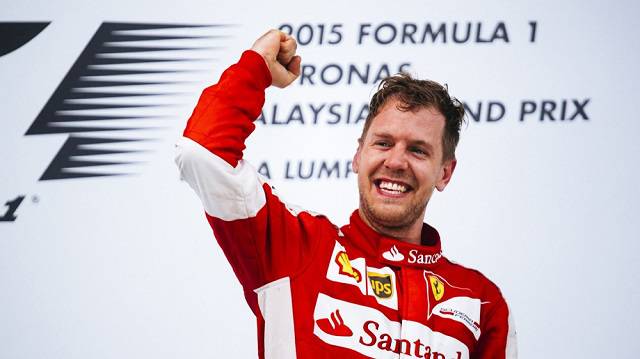 From there, Vettel drove a two-stopper that enabled him to finish ahead of the Mercedes Petronas AMG duo of Hamilton and Nico Rosberg. With this, Vettel scored his first win since the 2013 Brazilian Grand Prix.

Hamilton started the race in pole position but the team’s decision to enter the pits during lap number five allowed Vettel to overtake the defending champion. Another factor that could have cost Hamilton the race was the unsure strategy of the Mercedes AMG Petronas team. The defending champion kept on asking through the radio as to what is the team’s game plan. The Mercedes AMG Petronas duo had a total of three pit stops each during the race with Hamilton finishing at second while Rosberg at third.

Coming in at fourth was Scuderia Ferrari’s Kimi Raikkonen who started the race from 11th position. In addition, Raikkonen recovered from a left rear wheel puncture caused by contact with Sauber’s Felipe Nasr. Despite the odds, Raikkonen finished in fourth ahead of the Williams’ duo of Valtteri Bottas and Felipe Massa.

Toro Rosso’s Max Verstappen was determined to make a name for himself as the 17-year old rookie driver finished seventh allowing him to be the youngest points scorer in F1 history. Verstappen bested his teammate Carlos Sainz which is also a rookie.

Completing the top ten were Red Bull drivers Daniil Kvyat and Daniel Ricciardo. The 2015 Malaysian Grand Prix was a disappointing weekend for the Red Bull team as Ricciardo and Kvyat didn’t manage to maintain their starting position of fourth and fifth respectively.

Lotus’s Romain Grosjein finshed in 11th place ahead of Sauber’s Felipe Nasr and Force India’s Sergio Perez and Nico Hulkenberg. Marussia’s Roberto Merhi was the final finisher of the race after his teammate Will Stevens was unable to start as his car due to fuel system problems.

McLaren-Honda’s Fernando Alonso and Jenson Button weren’t able to finish the race due to technical problems. Alonso retired at lap 22 while Button only lasted until lap 44.

Hamilton still leads the drivers’ standings with 43 points followed by Vettel with 40 and Rosberg with 33. On the other hand, Mercedes retains a commanding lead in the constructors’ championship points with 76 followed by Ferrari with 52 and Williams with 30.