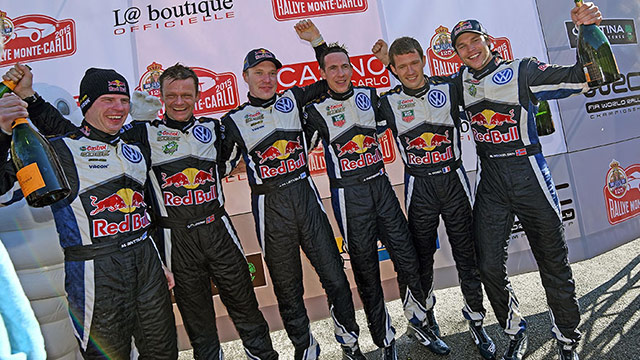 Volkswagen's Sébastien Ogier/Julien Ingrassia finished ahead of the pack with a total time of 3 hours 36 minutes and 40.2 seconds. Coming in at second are their teammates Jari-Matti Latvala/Miikka Antilla who were 58 seconds behind them. Finishing at third are Andreas Mikkelsen/Ola Flone who were 2 minutes and 12.3 seconds behind Ogier/Ingrassia. The one-two-three finish was Volkswagen's eleventh time to have more than one car on the podium since it joined the series in 2013. 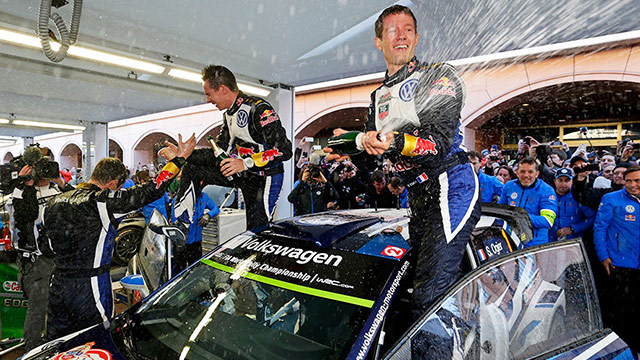 For the first two days of the 2015 Rally Monte Carlo, Sébastien Ogier and Sébastien Loeb was constantly battling for the lead. During the halfway point of the rally, Volkswagen's Ogier managed to have an eight-second lead over Loeb. On the other hand, Loeb lost a huge amount of time and dropped in the overall standings.

Afterwhich, Ogier was being chased by his teammates Latvala and Mikkelsen who both posted their best results to date at the Rally Monte Carlo. Latvala/Antilla moved into second place on the seventh special stage and held onto their position throughout the end of the rally. Moreover, Mikkelsen/Flone managed to climed into third place during the same stage. 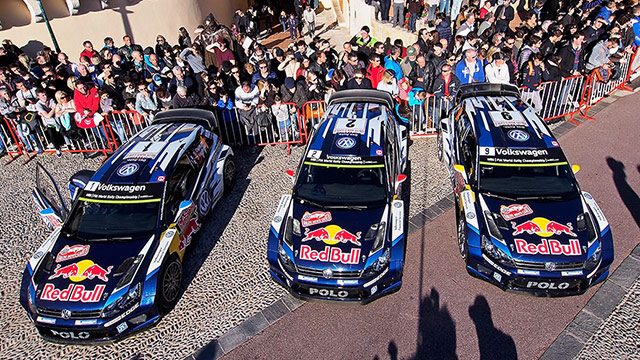 After the 2015 Rally Monte Carlo, Volkswagen sits comfortably in first place in the manufacturer's championship points with 43. The German automaker is followed by Hyundai with 27, Citroën with 12, M-Sport with 12, Jipocar Czech National Team with 6 and FWRT with 1.