Six races, a concert, fun activities and the Drift King

So the third and final leg of the 2014 Toyota Vios Cup season is this weekend as, for the first time in decades, cars will race wheel-to-wheel on a specially prepared street circuit in McKinley West in Bonifacio Global City, Taguig.

What can you expect from this weekend's high octane festivities then? 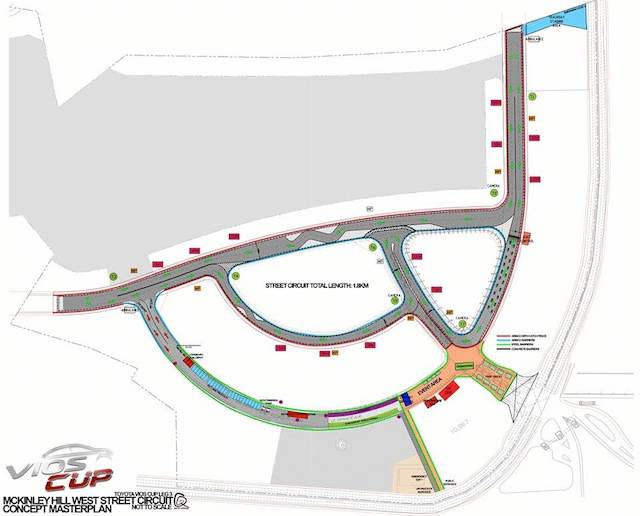 A tight and tricky street circuit

Toyota has just released the final track layout (above) of the McKinley West Street Circuit and judging by what we see, it's going to be tricky and unforgiving.

If normal racetracks like Batangas Racing Circuit or Clark International Speedway have some run off and gravel traps to provide space for a driver to recover control of his car without significant damage, any mistake at McKinley West will reward a driver with a smashed car and a premature end to the season.

Spectator and driver safety is tantamount to Toyota, so the track is lined with a collection of concrete barriers, steel rails, armco guardrails and even catchfences. If you've seen street tracks like the Macau Grand Prix's Guia Circuit, this will be tighter and smaller. 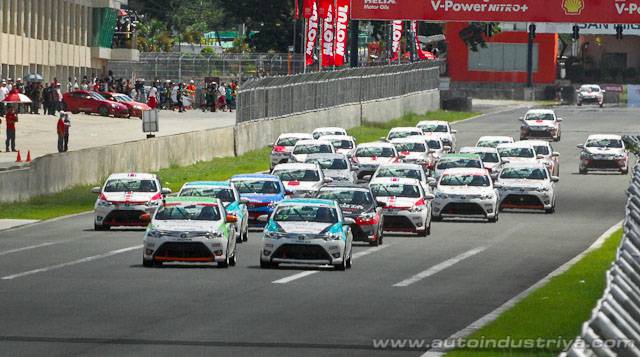 First, there are going to be 37 novice racing drivers vying for supremacy at McKinley West, but with a significant twist.

The Automobile Association Philippines, the local affiliate of the FIA and the sanctioning body that will officiate the race, will not allow all 37 cars on one grid at the same race on a track that just measures 1.8 kilometers long. To sort the drivers out, the organizers will have to split the grid with the Vios Cup grid (customer/dealer class) Race 5 and 6 and a Media/Celebrity grid for a separate Race 5 and 6.

Organizers have adopted the system used in international karting wherein drivers will have to set a qualifying time on Saturday, Oct. 18 and then race in a separate heat to determine the top 20 out of 30 Vios Cup drivers to compete in the main races for the points. The 10 remaining drivers will then join the Media/Celebrity grid for a total of 17 drivers, but they will be ineligible for points. 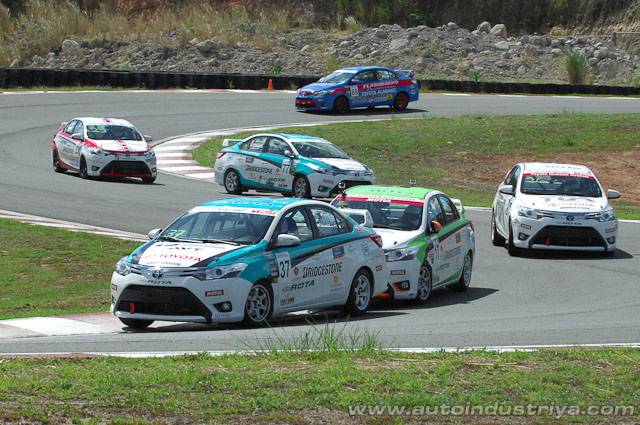 Speaking of points, the finale will have a double points scoring system that will effectively open up the championship. Jason Choachuy is the series points leader with 75 points, followed by Luis Gono with 49 points, Allan Uy with 47 points. The double points system means that there is a maximum of 80 points up for grabs if a driver wins both races outright.

For Choachuy to seal the championship and receive the prize of a brand new 2014 Toyota Vios, he will need to score a minimum of 54 points this weekend. Don't count out the drivers trailing his championship lead, as they will all have to go for broke at McKinley West to cut down the leader's points advantage.

Expect cars to trade paint and even parts through on-track contact. 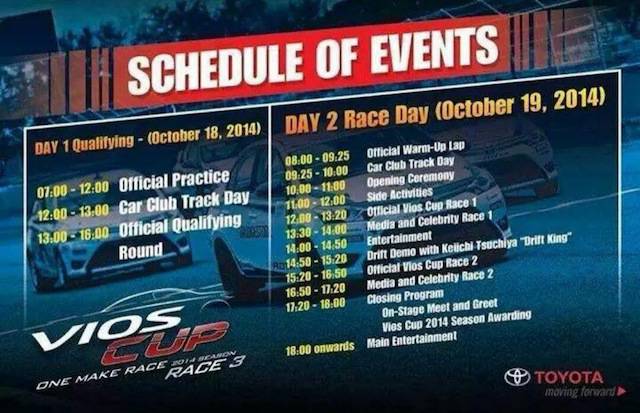 If those aren't enough reasons to come and watch, Toyota will be hosting a concert by Up Dharma Down after the main races on Sunday evening. Oh, and Japan's Drift King, Keiichi Tsuchiya, will be coming in the perform another one of his extreme drift demonstrations aboard a Toyota 86.

Excited yet? Admission is free.