Neuville's win did not come easy as he struggled with car troubles. In fact, it was Ford-DMACK driver Elfyn Evans who dominated the first day, setting six fastest times. Sebastien Ogier led the first morning stage but quickly dropped down the order when the rally saw even more gravel roads. Also having a good day was Mads Otsberg, capping the day in second. 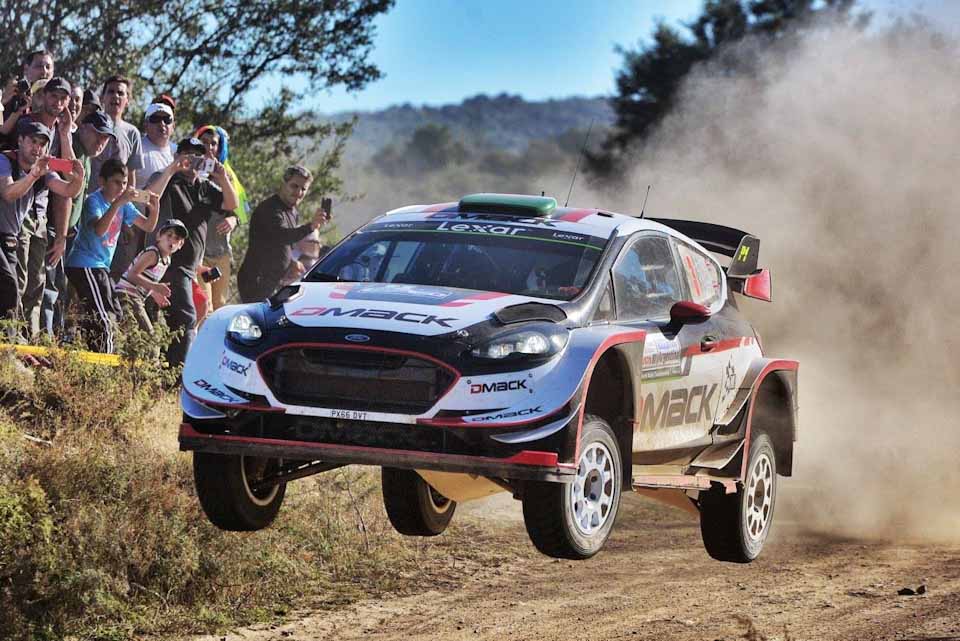 The conditions were tough with high temperatures, sand and gravel wreaking havoc on many cars. Evans wasn't spared himself as he suffered some brake issues in the afternoon. Neuville meanwhile had a tougher day, suffering a puncture, breaking a damper and had to deal with dust getting into the cabin. Despite that, he held on to finish the first day in third.

Luck wasn't on Ogier's side either, landing on to a rock and bending the steering on his Ford Fiesta. He eventually limped the car to fourth place. His team mate, Ott Tanak, had a puncture while Toyota's Jari-Matti Latvala dealt with overheating. Hayden Paddon rolled his car, Kris Meeke flew off into the scenery and Dani Sordo broke his steering arm after a bad landing. 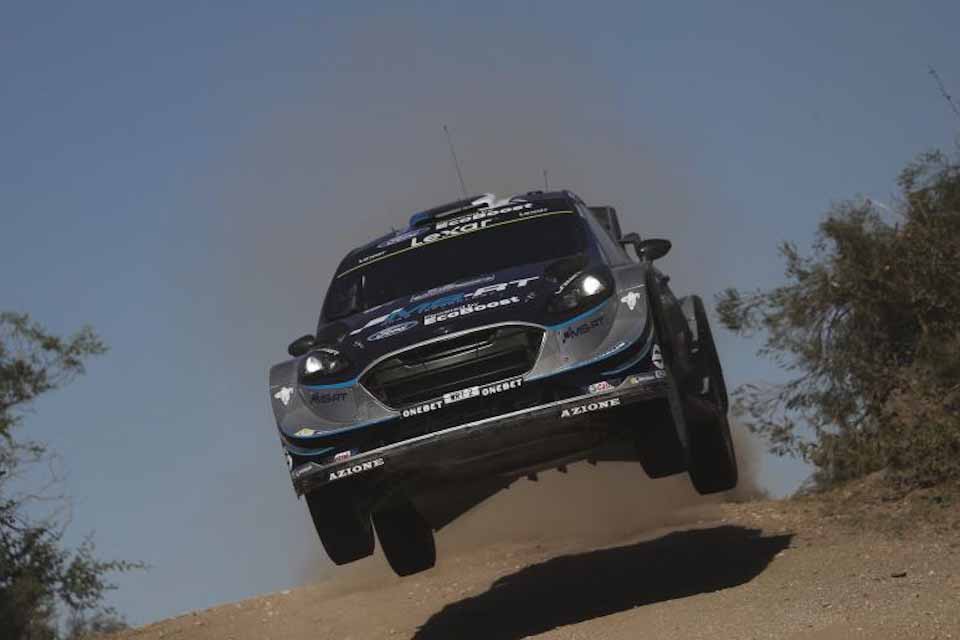 Day two would see both cars and drivers take more serious punishment as the stages got tougher. Despite a strong showing from the day before, Otsberg was forced to retire from the rally following suspension failure. Evans was having a challenging day as well with the diffuser of his Fiesta getting torn off, adversely affecting his car's handling.

More troubles awaited the other competitors. Ogier had problems throughout day two with an ill-handling car and a spin in the water splash. Despite the repairs made to his car, Hayden Paddon broke the anti-roll bar in his Hyundai. Juho Hanninen noted a significant power loss in his Toyota due to the harsh conditions of the rally. Among the front runners, it was only Ott Tanak who finished the second day without problems.

As for Neuville, he hit a rock in the morning stages and suffered a puncture later on. A quick trip to the repair station saw him set several fast times. With Tanak running conservatively and Evans running into one problem after another, Neuville was just 11.5 seconds behind the lead. 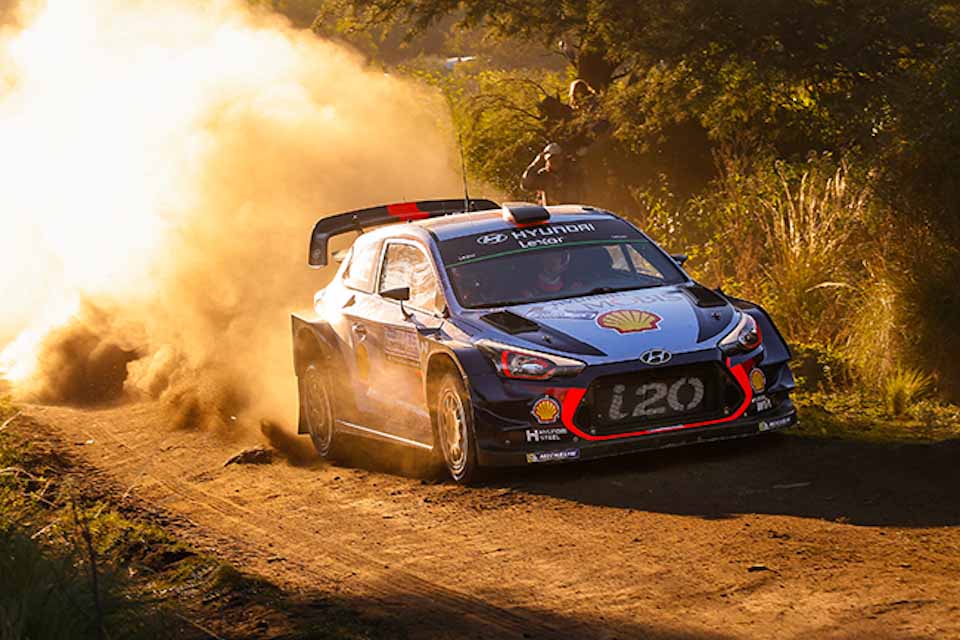 On the final day of Rally Argentina, it would be a close fight between Neuville and Evans. The dirt and gravel started to take its toll on Evans' Fiesta and the brake problems from the first day was starting to get worse. Despite that, Evans was barely holding on the the lead with Neuville closing the 11.5 second gap from the start of the day.

As the two were fighting for the win, Ott Tanak kept his car out of trouble and ran a consistent pace throughout the day. Ogier on the other hand was still having a difficult time with his Fiesta. Hayden Paddon had a rally to forget as his steering broke which blunted his pace. Latvala initially had a strong run, gunning for a podium finish. However, his car began to struggle and was out of contention for third.

It would be on the final stage where bad luck would hit Evans. From the start, he was as far as three seconds ahead of Neuville. With his tires wearing thin, Evans slid into a bridge and lost valuable time. The brush with the bridge is what handed Neuville the win, denying Evans his first WRC victory. Meanhile, Ott Tanak's conservative pace was rewarded with a third place finish while Ogier finished fourth. Rounding out the top five was Jari-Matti Latvala, the highest ranked Toyota.