Even with Volkswagen out of the World Rally Championship, Sebastien Ogier continued his winning streak by clinching his fourth Rally Monte Carlo victory. Ogier was able to adapt quickly in this new era of the WRC, despite the challenges of new cars and regulations. Now racing for Ford, Ogier also gave the blue oval brigade their first WRC win after five years. 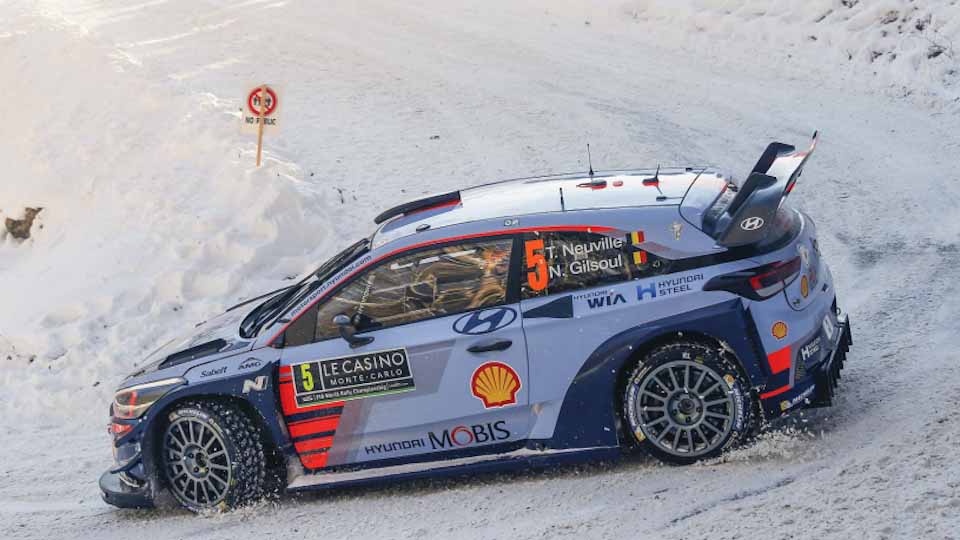 On the first day of the rally however, it would be Hyundai's Thierry Neuville who seemed poised for victory with strong runs through the evening. Conditions on day one were tricky with black ice threatening to catch drivers out off guard. Ogier was cautious during his run as he was still getting to grips with the all-new Fiesta. During the night rally however, tragedy struck when the Hyundai of Hayden Paddon rolled up an embankment and collected a spectator. The spectator later died of his injuries. As an act of respect to the fallen spectator, organizers decided to cancel the SS1 night stage and give everyone else a provisional time.

When morning broke, Neuville continued to drive away from Ogier but it was Juho Hanninen in the Toyota who was happiest during SS2. Hanninen was able to bring the Yaris to a stage win and up to third in its competition debut. Kris Meeke was still getting to grips with his Citroen C3 but managed to pip Ott Tanak for fourth place. By the end of the first place, Ogier's charge saw him just 8.8 seconds behind Neuville. 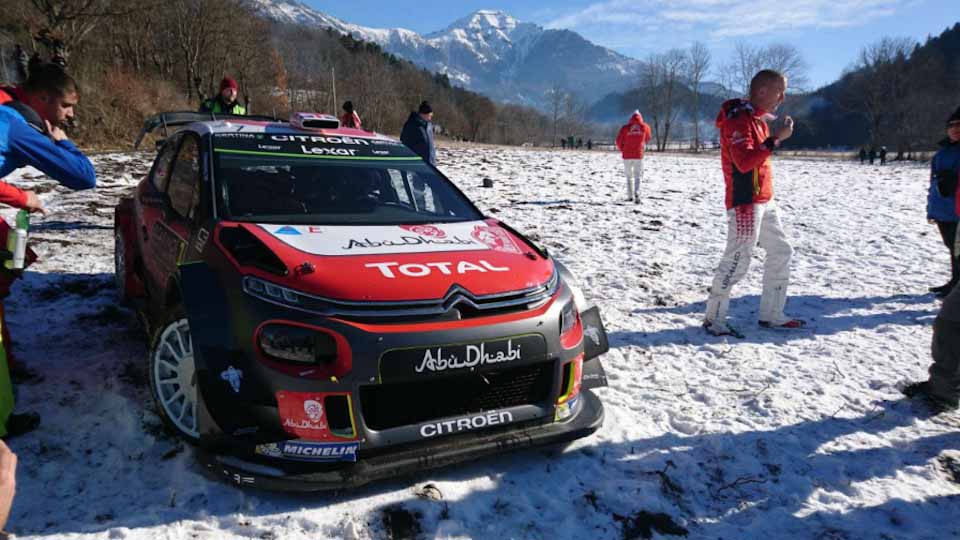 Neuville would continue his performance on day two. This time, the snow-covered icy roads were proving treacherous for the cars and drivers. Kris Meeke was doing well until his car slid into an embankment and broke the suspension. Hanninen's day would also end early when he crashed into a tree, causing a lot of damage to the front left section of the Yaris. Both drivers emerged unharmed from the crashes. Neuville meanwhile was taking it easy given the conditions.

In a bid to grab the lead, Ogier would also get into trouble. The reigning champion slid into ditch and lost over a minute to Neuville. Ogier later recovered to reclaim second place by the end of day two. Making strides through the field was Ott Tanak and finished third by the end of the day. The remaining Toyota of Jari-Matti Latvala also had their share of problems with an ill set-up car and a spin. 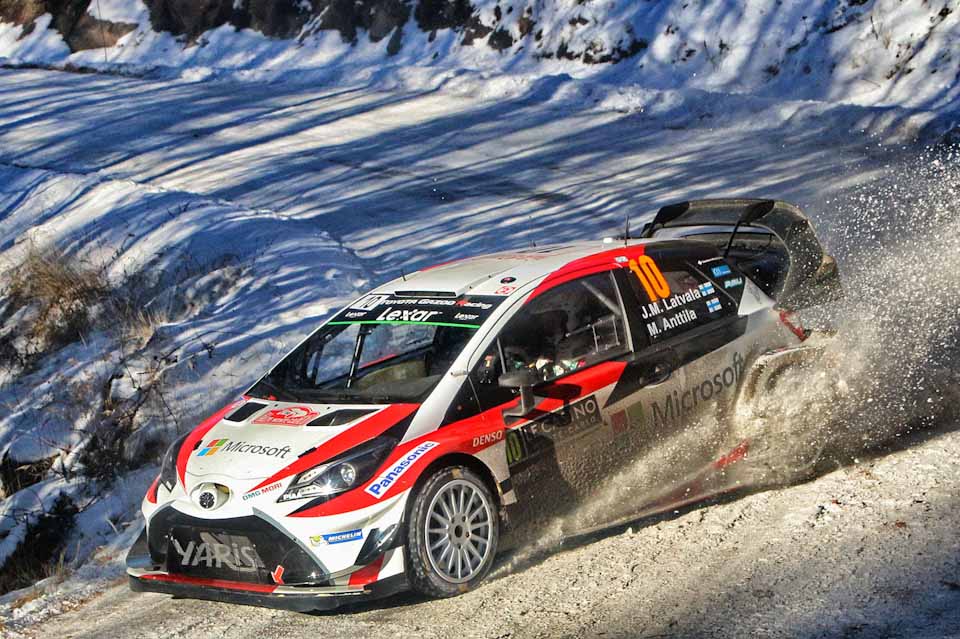 Neuville's lead however would end by day three. The rear of the Hyundai slid wide in a slow left, clobbering the left side of his car. He limped back to the garage and was able to repair the car. By the time the car was fixed, Neuville had lost over 30 minutes to Ogier. Prior to that, Neuville kept on widening the gap between him and Ogier.

Ogier took the lead and hard drive from Ott Tanak meant that it was Ford who was now poised for a 1-2 finish. With Neuville out of the top ten, Latvala pushed his car and himself to the limit to land third overall by the end of day three. The rally would have yet another twist at the end of the day. While en route to the garage, Kris Meeke's rally car was rear ended by a member of the public, ending his rally for good. 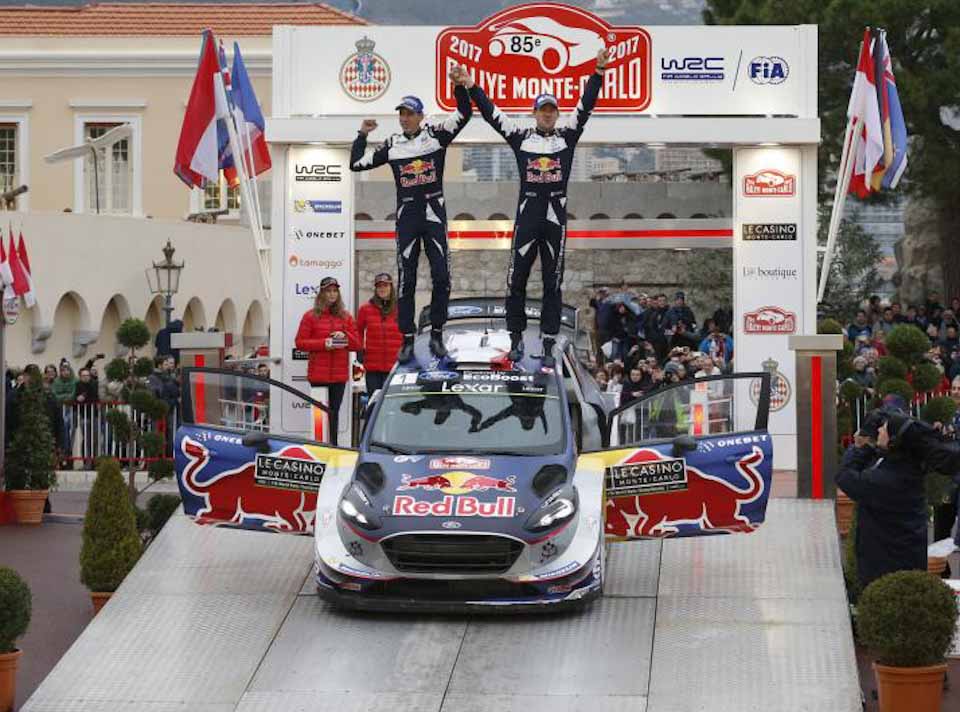 With a large margin, Ogier took it easy on the fourth day but there was still drama over at the Ford camp. Ott Tanak was doing well until his engine decided to drop two cylinders. Tanak frantically limped the now two-stroke Fiesta back to the service area but by that time, Latvala had taken second place from the Ford driver. Latvala was now secure in second place and preserved his car until the very end.

Despite the engine issuse, Tanak was able to cling on third place ahead of the Hyundai of Dani Sordo. Rounding up the top five was the surviving Citroen of Craig Breen. Ogier's win, along with Tanak's podium finish, puts Ford on top of the WRC constructor's championship. With a second place finish, Latvala bring Toyota Gazoo Racing to second in the manufacturer's title. Hyundai currently ranks third with Citroen in fourth.