After missing out on wins on successive rallies, Ott Tanak is at the top of the podium once again after a solid performance in Germany. Tanak clinches his second career win in the World Rally Championship and Ford their fourth victory of the year. 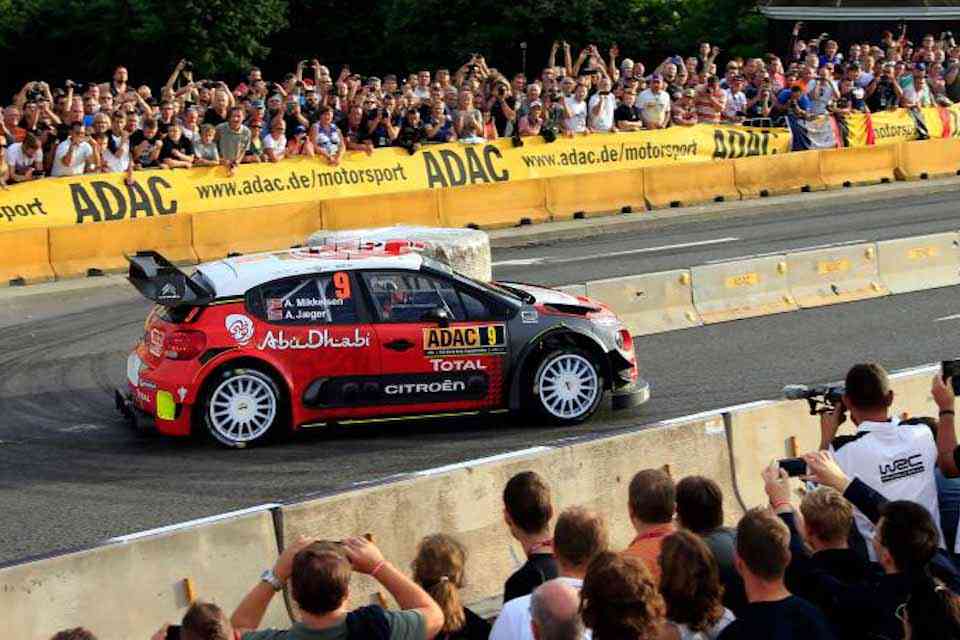 Day one of Rally Deutschland saw four different drivers charging for the lead. The morning stages saw a fair bit of drizzle which made it challenging for all the drivers. Making an early impression in the rally were Andreas Mikkelsen, Dani Sordo, Sebastien Ogier and Tanak. Mikkelsen led the first four stages but Tanak was less than five seconds behind the Citroen driver. By the afternoon however, the drizzle had become a deluge.

Luck was not on Kris Meeke's side in Germany. He clipped a concrete barrier at one of the hairpins which caused major damage to his Citroen C3. Ogier had a close call during the first day as he struggled with the settings on his Ford Fiesta. Theirry Neuville meanwhile ran wide into a hedge, causing damage to the aerodynamic parts on his Hyundai i20. Neuville had yet another off when he slid straight into a vineyard. Sordo took the lead by the afternoon stages but the worsening weather saw him go straight into a ravine.

By the end of the first leg, it was Tanak who was leading the rally with Mikkelsen just a few seconds behind. Despite two incidents, Neuville was able to keep his championship lead by a slim margin by being two seconds ahead of defending champion Ogier. 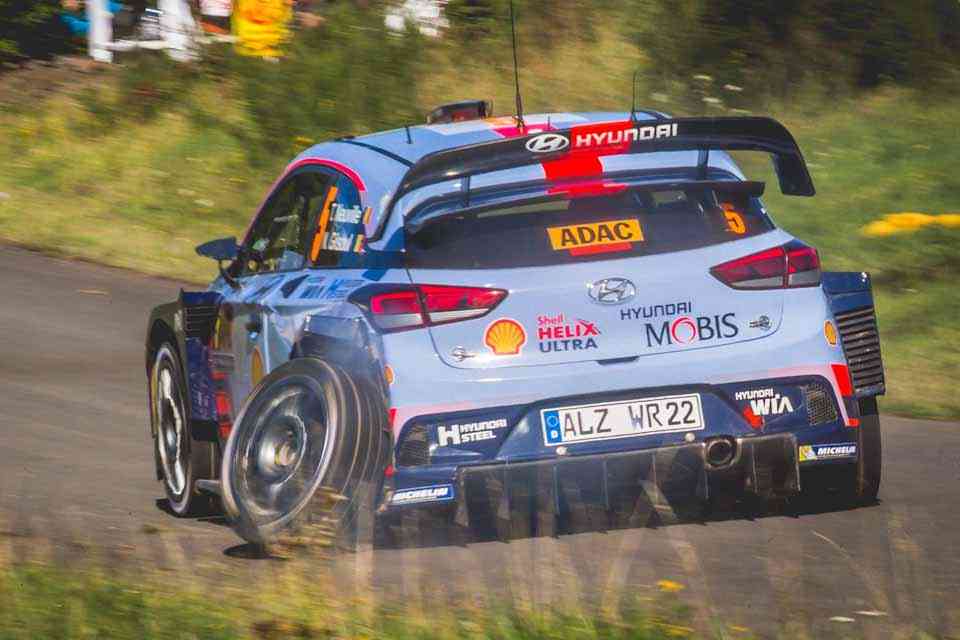 The weather conditions improved on the second day with no hint of rain. Tanak made the most of the dry surfaces when he pulled away from his closest threat, Mikkelsen. Mikkelsen was unable to match the pace of Tanak and lost almost 20 seconds to the leader. Mikkelsen was coming under increasing pressure from his former team mate, Ogier, who was keen to take second place from him.

There would be a dramatic change in the championship standings when trouble struck Neuville. He cut a corner aggressively which ripped out a part of his rear suspension. With terminal damage to his car, Neuville was forced to retire from the rally. As a result of Neuville's retirement, Ogier reclaimed the championship lead.

Mikkelsen lost even more ground to Tanak when he spun out on a hairpin. Meanwhile, the door on Elfyn Evans' Fiesta swung open during one of the high-speed sections. His co-driver, Daniel Barritt, held on to the door until it was repaired. Ford drivers Tanak and Ogier ran a clean rally with the latter closing in on Mikkelsen. Tanak on the other hand stretched his lead to 21 seconds. 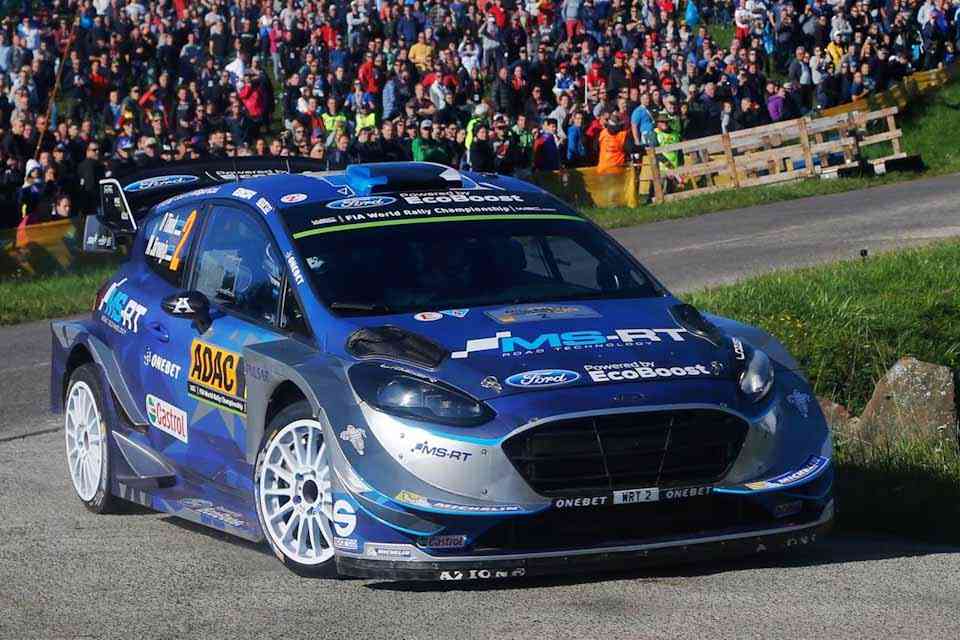 Tanak continued his strong run on the final day but Mikkelsen was piling on the pressure on the leader. Ogier on the other hand ran a more conservative pace instead of risking the loss of a solid podium finish. The fight for fourth meanwhile was becoming the rally to watch. Evans was clinging on to the position the day before but several fast stage times from Toyota's Juho Hanninen saw Evans slide down to fifth. Evans clawed back fourth from Hanninen but a spin could cost the independent driver his top four spot.

By the final stage, it was still Tanak in the lead. Mikkelsen was still cutting the gap between him and Tanak but to no avail. Mikkelsen however gave Citroen their second podium of the season, a strong result despite him being new to the car. Ogier cruised his way to a third place finish, gaining a substantial amount of points to put him ahead of Neuville. Hanninen was able to hold off Evans' charge to keep fourth place with the latter rounding up the top five.

Nissan (digitally) turned the Juke into a badass rally car