This year's Rally Poland was especially challenging following heavy rains that closed in during the race. The round saw many crashes and close calls but despite all that, Hyundai's Thierry Neuville and co-driver Nicolas Gilsoul took the win for the 2017 edition of Rally Poland. 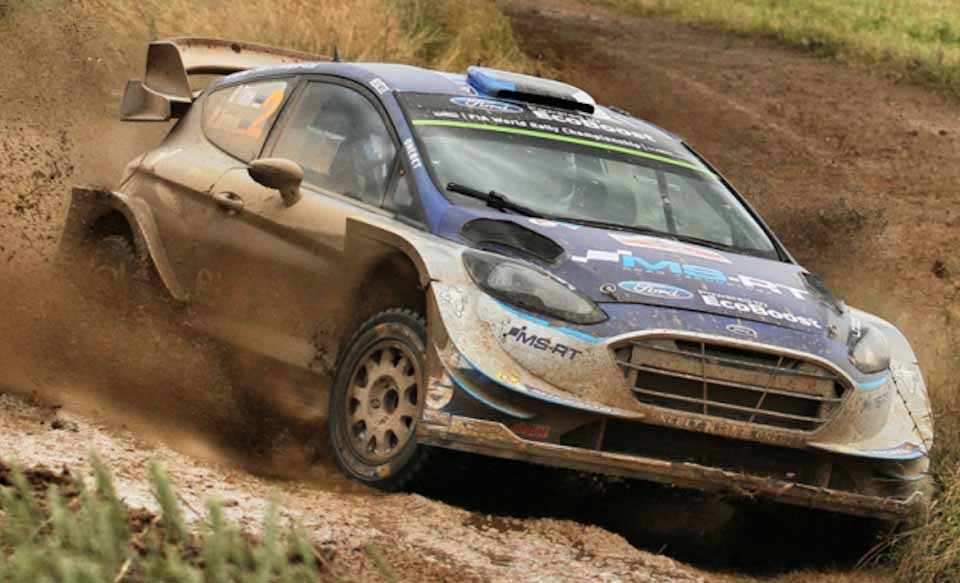 On the first day, it was anybody's rally with Neuville, Toyota's Jari-Matti Latvala and Ford's Ott Tanak getting stage wins. However, when the conditions turned for the worse, Latvala's pace slowed down. This allowed Tanak and Neuville to go on maximum attack with the two constantly swapping the lead for the rally. The two also had setbacks as Neuville had to deal with a broken windshield while Tanak had to contend with the ill-setup of his car.

The harsh conditions saw the first of many spins and crashes of the rally. Andreas Mikkelsen slid on the mud and crashed into a tree. And then, Osian Pryce clipped a bank which sent his Ford into a violent roll which then slammed into a tree. Fortunately, both him and co-driver Dale Furniss walked away unharmed. Championship leader Sebastien Ogier didn't have any incidents but struggled with the thick mud and loose gravel.

Late in the afternoon however, Neuville was slowly opening up a lead over Tanak and finished the first day on top of the standings. Tanak lost vital time on Neuville after missing a turn and stalled as he tried to rejoin the course. Despite that, he was less than five seconds behind Neuville and so was Latvala. 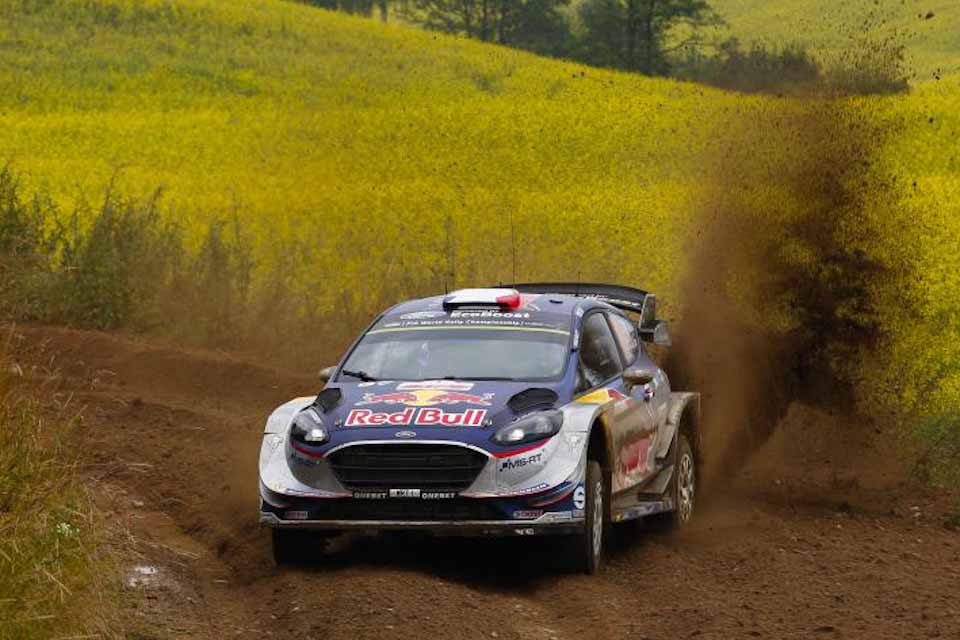 Day two saw conditions improve slightly but the course that had been laid out was still treacherous. Ogier was the first to experience just how slippery the route was after spinning out and crashing into someone's house. The defending champion was still able to carry on. Even more close calls would happen on the second day which would affect both Neuville and Tanak.

Neuville was in the lead during the morning stages, building on his momentum from the day before. Tanak was still doing his best to shadow the Hyundai driver, occasionally getting stage wins and grabbing the lead from Neuville. Another dramatic near-crash would come courtesy of Andreas Mikkelsen who lost control of his Citroen after landing the wrong way off from a crest. His car speared into a field, nearly taking out an electrical post, but recovered and carried on.

On the latter part of the second day, trouble would hit Neuville as his left rear tire blew out. It resulted in a lot of bodywork damage on his car but was still pushing despite the lack of traction. As a result, the lead was regained by Tanak. Tanak also had an off that nearly ended his strong run. His car veered into a field and nearly rolled his car when he tried to regain control. Another setback would hit Tanak when the rear wing on his Fiesta came apart. With no downforce, the Ford driver struggled with handling and allowed Neuville to reclaim the lead. As for Latvala, his Yaris broke down and was forced to retire from the rally. 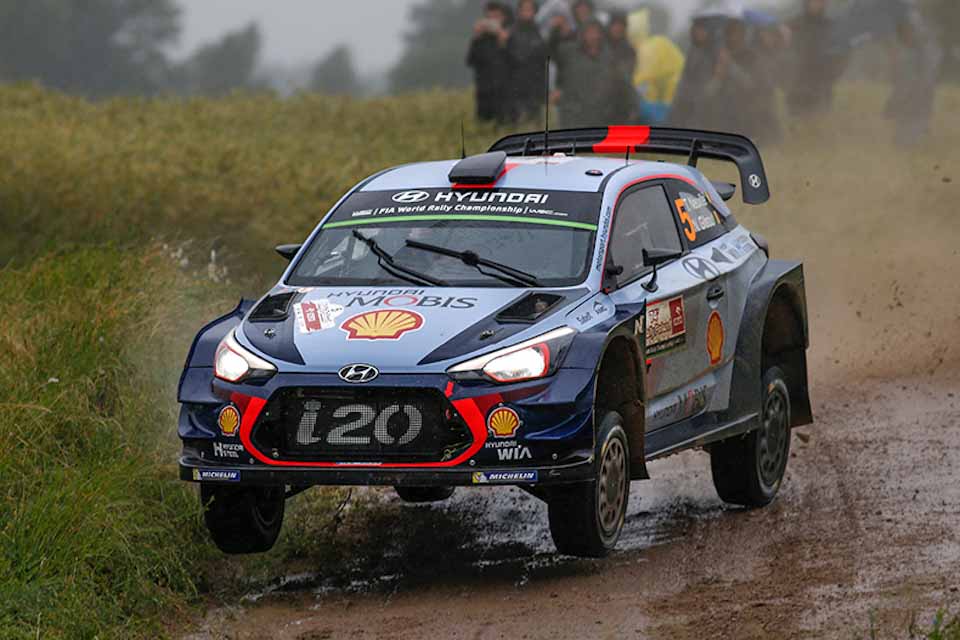 Unfortunately for Tanak, it would all be undone on the final day. He was able to regain the lead after Neuville's cautious runs. However, he pushed the Fiesta too far and crashed. With terminal damage, Tanak was forced to retire. With that, Hyundai's Hayden Paddon moved up to second with Ogier somehow salvaging third.

At the point, Neuville no longer had to push his car to the limit since his team mate was over a minute behind. This allowed him to cruise to his third win of the season and just eleven points behind defending champion Ogier. Also secure in second was Paddon as he was a minute ahead of Ogier as the latter tried to cut down the gap. It neatly came undone for Ogier when he ended up on ruts which took out his front bumper. With that, the Ford driver was forced to take third place.

As for the rest of the field, Dani Sordo ran a cautious rally and finished fourth overall. Fellow Citroen driver Stephane Lefebvre was close to his team mate and was rewarded with a fifth place finish. WRC rookie Timo Sunninen had a solid run in sixth while Mads Ostberg capped the rally in seventh. Eighth went to Elfyn Evans while finishing ninth was Andreas Mikkelsen who managed to recover from the mishaps of the first two days. Meanwhile in tenth was Juho Hanninen, becoming the highest-placed Toyota driver following Latvala's retirement.

Hyundai i20 N Performance could be Toyota GR Yaris fighter

Rain, spins and crashes: The Emilia Romagna GP was far from boring

Who said Formula 1 was boring? The Emilia Romagna Grand Prix was as action-packed as they come

Formula 1 will go to Miami in 2022, and it's as glamourous as it sounds

The iconic Sepang Circuit might make an F1 return