Citroen still remained as the dominant team on the 2014 FIA World Touring Car Championship (WTCC) after wining Rounds 11 and 12 at the Moscow Raceway in Russia.

Citroen’s Jose Maria Lopez managed to score his fourth win by having a commanding win in the first race of the 2014 FIA WTCC at Moscow.

At the start of the first race, Honda’s Gabriele Tarquini pushed to grab the lead from Lopez but, he and his teammate, Monteiro, had a slight contact giving the Citroen driver an opportunity to break away from the pack after one corner.

As a result, Honda’s Tarquini finished in second while Citroen’s Sebastien Loeb in third who was only 0.2 seconds behind. The reigning world champion Yvan Muller finished in fourth, Chevrolet’s Tom Chilton in fifth and Citroen’s newcomer, Ma Quing Ha, in sixth.

In the second race, Citroen’s Lopez stalled on the grid and forced him to retire, which was the first time this season that the Argentine driver did not score any points. Honda’s Tarquini and Monteiro also retired in the second race due to technical reasons but, Mehdi Bennani gave the Japanese automaker a reason to still be happy by finishing in third. 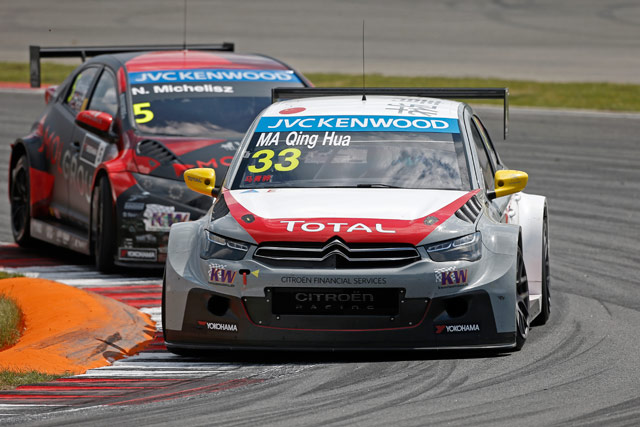 Ma Quing Ha made his racing debut onboard a fourth works Citroen car and made history by becoming the first-ever Chinese driver to win a race in an FIA World Championship. Ma managed to finish ahead of Muller to take on his first podium finish.

After Rounds 11 and 12 of the 2014 FIA WTCC, Lopez is still ahead in the driver's championship point with 209 points. Coming in at second and third are Yvan Muller with 168 points and Sebastien Loeb with 161 points. The top three drivers are all from Citroen racing team.

Spied: Audi Q8 spotted at the 'ring with interior details