Citroen Total Team has dominated the 11th and 12th rounds of the 2015 FIA World Touring Car Championship (WTCC) as Yvan Muller and Sébastien Loeb emerged victorious. Furthermore, Citroen monopolized the podium in both races at the Slovakia Ring.

In race one, Citroen's Yvan Muller finished ahead of the pack as teammates José María López and Sébastien Loeb completed the podium finishers. Starting from pole position, Muller pushed hard through the opening turns of the race which gave him an early advantage. Behind Muller, Citroen drivers López and Loeb battled for second place. Later on, López got the upper hand as Loeb didn't find an opportunity to overtake.

Norbert Michelisz retired from the race due to a puncture. On the other hand, Jaap van Lagen had a suspension damage while Ma Quing Ha suffered a clutch issue and Nicky Catsburg had a power steering problem. 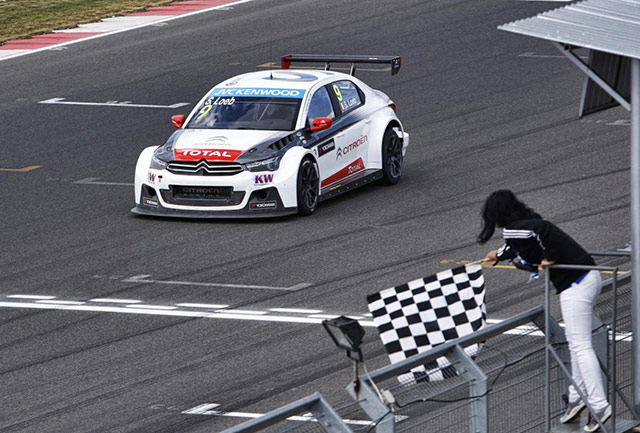 Loeb finally ended his cold streak as he won the second race at the Slovakia Ring. The Citroen driver started eighth on the grid, but had a strong start which allowed him to challenge race leader Gabriele Tarquini. Loeb remained persistent as he took the lead on the second turn on lap three.

Then, López and Muller demoted Tarquini to fourth and the Citroen drivers battled for second. In the end, López took the runner-up spot as Muller finished in third. Valente finished in fifth behind Tarquini while van Lagen finished in sixth and Mehdi Bennani in seventh.

Michelisz ended race two in eight while Monteiro finished in ninth and Coronel in tenth. 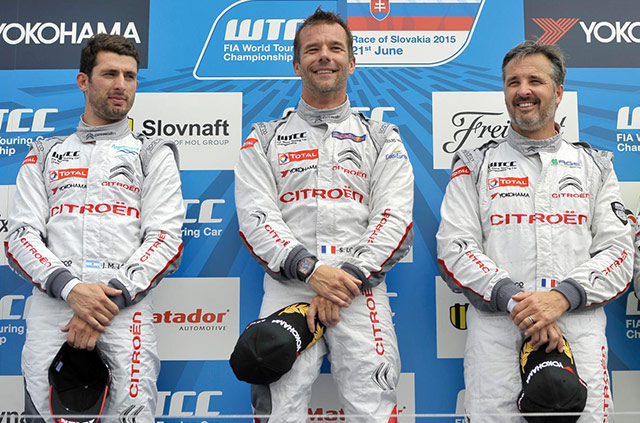 After rounds eleven and twelve, Lopez still leads the drivers' standings with 239 points as Muller narrows the lead with 209 points. Completing the top three drivers is Loeb with 178 points. WTCC's next round will be on June 26 to 28 in France.