López had a great start and led the pack all throughout race one. The Argentinian driver finished ahead of Sébastien Loeb and Honda's Norbert Michelisz to clinch his 30th WTCC victory. However, López ran slightly wide at a chicane on the opening lap, but quickly recovered to maintain his lead.

Loeb was determined to steal the lead from his teammate as he pushed his Citroen car closer to López. Despite his effort, Loeb made a mistake that caused his car to understeer. 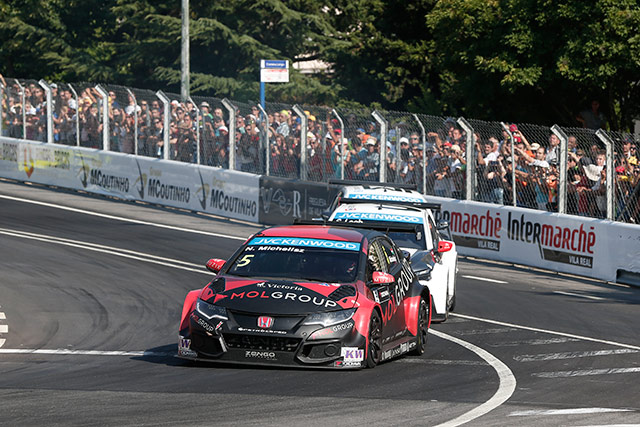 On the other hand, Michelisz seized the opportunity to improve his position as Hugo Valente had a sluggish start from third on the grid. As a result, Michelisz finished in third while fellow Honda drivers Grabiele Tarquini and Tiago Monteiro finished race one in fourth and fifth respectively. 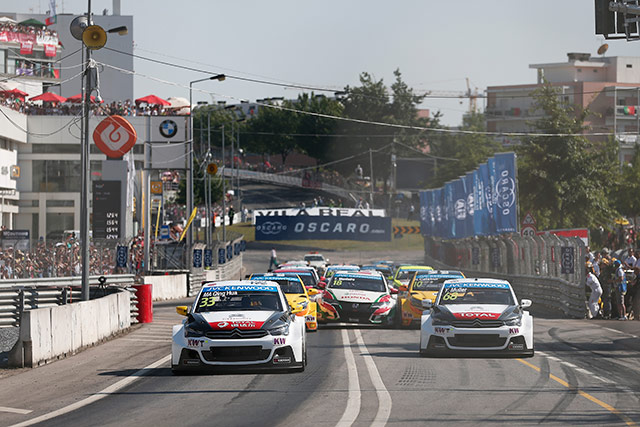 Chinese driver Ma registered his second WTCC win from pole position. Ma and Citroen teammate Muller pulled clear ahead of the pack. LADA's Catsburg was sitting in third, but ran wide as he was exiting a turn on lap 10. With this, Tarquini took advantage to snatch the third position. 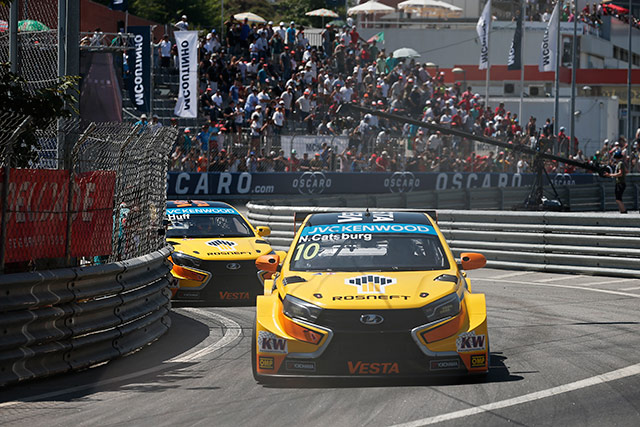 Then, Catsburg was involved in a collision with Michelisz and Loeb which caused the Citroen driver to hit a tire barrier and retire. Monteiro's move to squeeze between LADA drivers Catsburg and Lagen ended in a heavy collision.

Monteiro's Honda suffered significant damage after hitting a retaining wall. As a result, the safety car was deployed for four laps. Lagen, who had started third, was also out on the spot, while Stefano D’Aste retired when he ran over a detached wheel.

After the incident-packed race two, Michelisz finished in fourth while Citroen's López ended in fifth. Catsburg was able to claim the sixth spot, followed by Valente in seventh and Nestor Girolami in eight. Completing the top ten was Huff and Mehdi Bennani.

The next WTCC race will be on September 11 to 13 in Japan.