After a string of second and third place finishes this season, Sebastian Loeb finally wins his first race for WTCC 2015. The win is special for both Loeb and Citroen as they both ran dominating performances in their home country. Jose Maria Lopez gave more reasons for Citroen to celebrate with his win in race two. 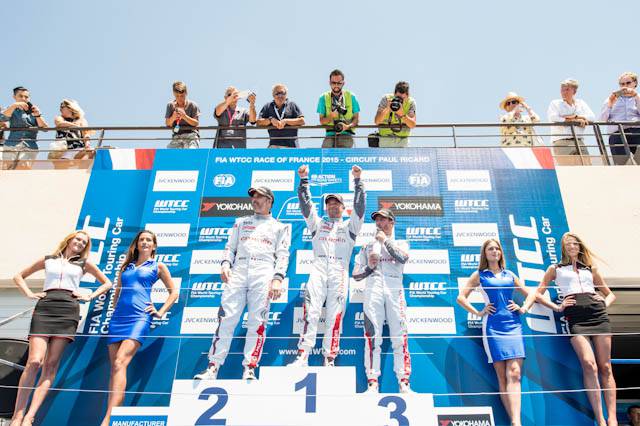 Sebastian Loeb secured pole position for Race 1 and led the field from start to end. Despite stumbling a bit from the start, Loeb was able to pull away from team mate Yvan Muller, who started in second. Jose Maria Lopez started in third with Ma Quing Hua locking out the first two rows of the grid in fourth. The Citroens would not switch positions all throughout race 1, making for an impressive 1-2-3-4 for the French marque in its home course. Finishing fifth and getting the win for the Yokohama Driver's Trophy for Independents in Tom Chilton in his ROAL Chevrolet Cruze. Norbert Michelisz leads the trio of Honda drivers with Michelisz finishing sixth, Tiago Monteiro in seventh and Gabriele Tarquini in eighth. Rounding up the top ten are Mehdi Bennani and Lada driver Jaap van Lagen. Race 1 had a fair share of retirements starting with Rob Huff, who had contact with Gregoire Demouster in the opening lap. The result was Huff retiring due to transmission and rear suspension damage. Nicky Catsburg retired due to technical issues and Hugo Valente retired after damaging his Chevrolet hit a tire barrier. 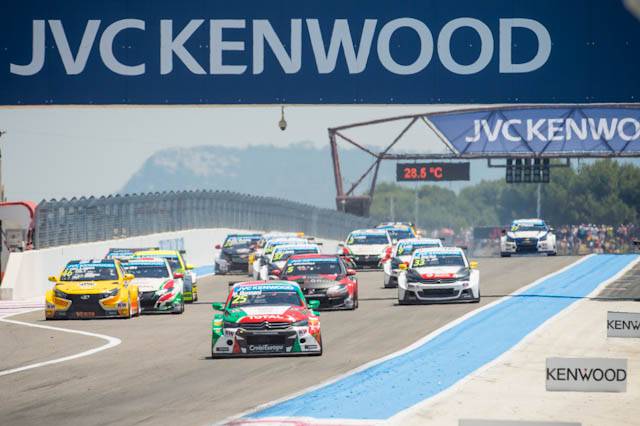 With the reverse grid set up in place, Mehdi Bennani started race two in pole position with Norbert Mischeliz in tow. However, Bennani jumped the start and was given a drive through penalty, giving away the lead to Norbert Mischelisz. Jose Maria Lopez, who started from eighth waas soon making a charge for the lead but not without an incident with Tiago Montiero which led to the latter's retirement. Lopez was down to third but recovered to overtake team mate Ma Quing Hua and Michelisz for the win. Michelisz and Ma finished second and third respectively. Race 1 winner Sebastian Loeb was unable to make back to back wins in France after he ran into a barrier on the third lap, forcing him to retire. Citroen team mate Yvan Muller finished fourth, Gabriele Tarquini finished fifth and Hugo Valente finished sixth. ROAL Motorsport team mates Tom Coronel and Tom Chilton finished seventh and eighth respectively. Bennani salvaged a ninth place finish after his penalty and Rickard Rydell celebrates his 100th WTCC start with a tenth place finish.

France set to ban all gasoline and diesel cars by 2040