Starting from pole, Citroen's Yvan Muller seized the opportunity to maintain his lead as the four-time world champion drove flawlessly to claim his third win in the 2015 WTCC season. Muller's performance ended Citroen teammate Jose Maria Lopez's streak of first race wins, which dated back to October 2014. Despite giving his all, Lopez didn't managed to pass Muller and finished in second ahead of Honda's Gabriele Tarquini and LADA's Rob Huff.

The thriller race in Russia featured a number of collisions starting with ROAL Motorsport driver Tom Coronel who lost ground in a first-lap crash with van Lagen. As a result, the ROAL Motorsport driver had a high-speed trip through a gravel trap. In addition, Mehdi Bennani was delayed due to a contact with Stefano D'Aste and received a 30-second time penalty. Grégoire Demoustier and John Filippi were also involved in a collision.

Honda's Tiago Monteiro managed to finish ahead of the pack in race 2. Starting from pole, Monteiro led throughout the reverse-grid 16-lap race as he registered his first WTCC win since 2013. Rob Huff started from seventh on the grid but, he was determined to weave his way to finish second, which gives LADA its best 2015 WTCC finish. Completing the top three finishers was Zengo Motorsport's Norbert Michelisz.

LADA's Nicky Catsburg ended his WTCC race debut in fourth and he finished ahead of Citroen's Ma Qing Hua. Yvan Muller took the sixth spot after a grueling battle with Citroen teammate Jose Maria Lopez who was penalized with a drive-through penalty for a jumped start. As a result, Lopez finished in twelfth place and didn't manage to score a point. 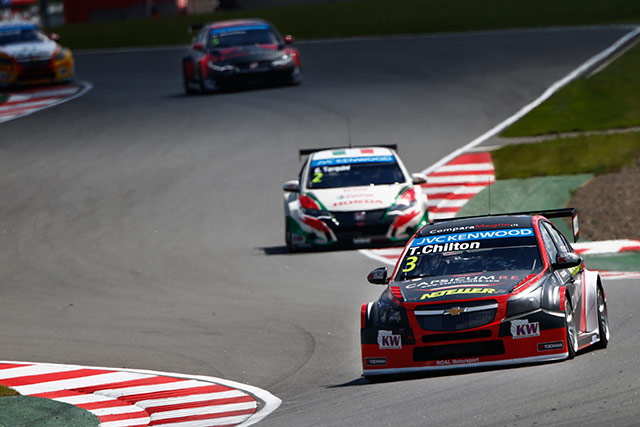 After rounds nine and ten, Lopez still leads the drivers' standings with 199. He is followed by Muller with 164 and Loeb with 135. WTCC's next round will be on June 19 to 21 in the Race of Slovakia to be held in the Slovakia Ring.

Lewis Hamilton leads the field from start to end in Montreal for this year's Canadian Grand Prix.

EasyTrip Tags will no longer be valid starting October 1

Switch to RFID soon, EasyTrip Tags to be phased out on September 30, no longer valid starting October 1, 2020