Russian automaker Lada has reason to celebrate after driver Nicky Catsburg and Gabriele Tarquini gave the marque its first win in WTCC. The win is extra special for the automaker as they won in their home track. 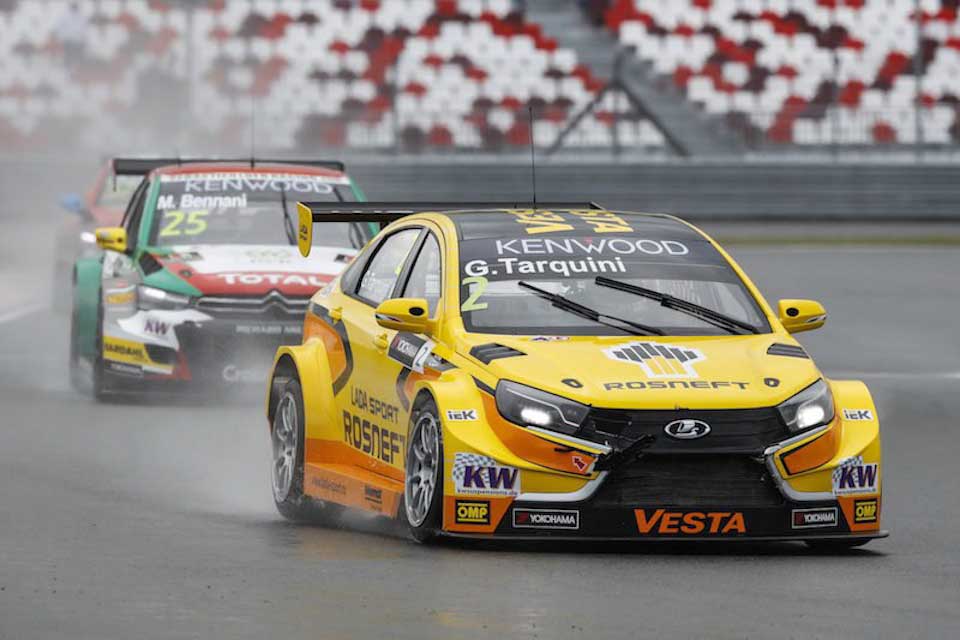 Rainy conditions delayed the start of the race that saw Tiago Monteiro and Mehdi Bennani on the front row. All drivers opted to go for full wet tires for the opening race to avoid the big accidents that happened in Hungary. Monteiro led from the start but his car's performance quickly faded, dropping him far from the podium.

Inheriting the lead was Yvan Muller, followed by Mehdi Bennani and Jose Maria Lopez. Despite starting ninth for the opening race, Gabriele Tarquini charged to the front with his wet weather setup dialed in just right and was soon in contention for the podium. There was slight contact between him and Lopez but officials deemed the move legal and let Tarquini carry on. Fellow Lada drivers Hugo Valente and Nicky Catsburg were also making great strides through the field as well. 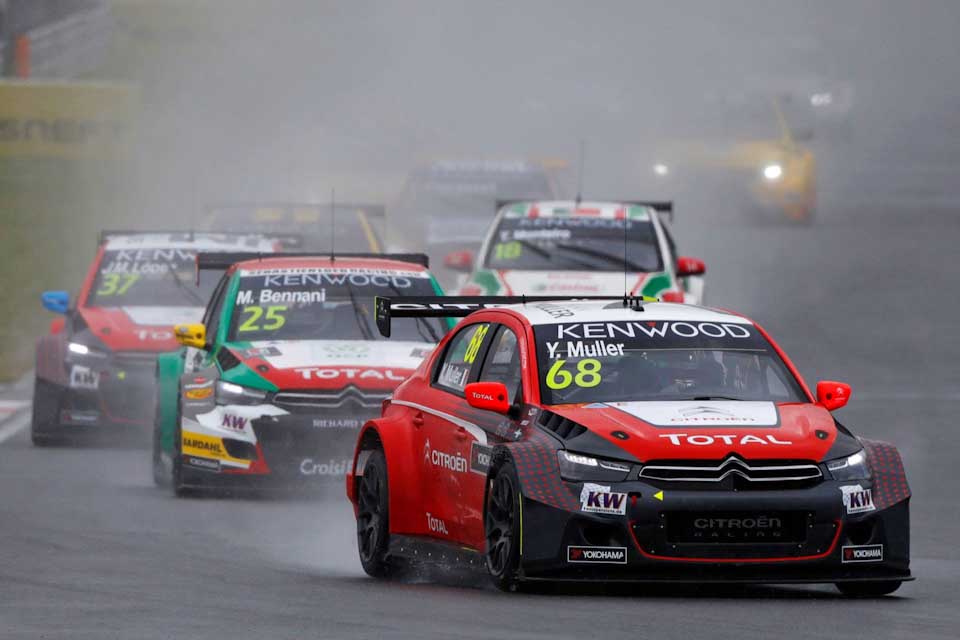 The Ladas had a strong wet weather set up throughout the weekend and Tarquini eventually overtook Bennani to chase the leader, Muller. It didn't take long for the 2009 champion to overtake the Citroen as Tarquini dove on Muller on the fifth lap. From there, Tarquini drive off and held an 8 second gap until the end. Muller then fell into the clutches of Catsburg but was unable to fend him off. Catsburg's move helped Lada achieve its first 1-2 finish, much to the delight of the crowd. Muller eventually settled for third. 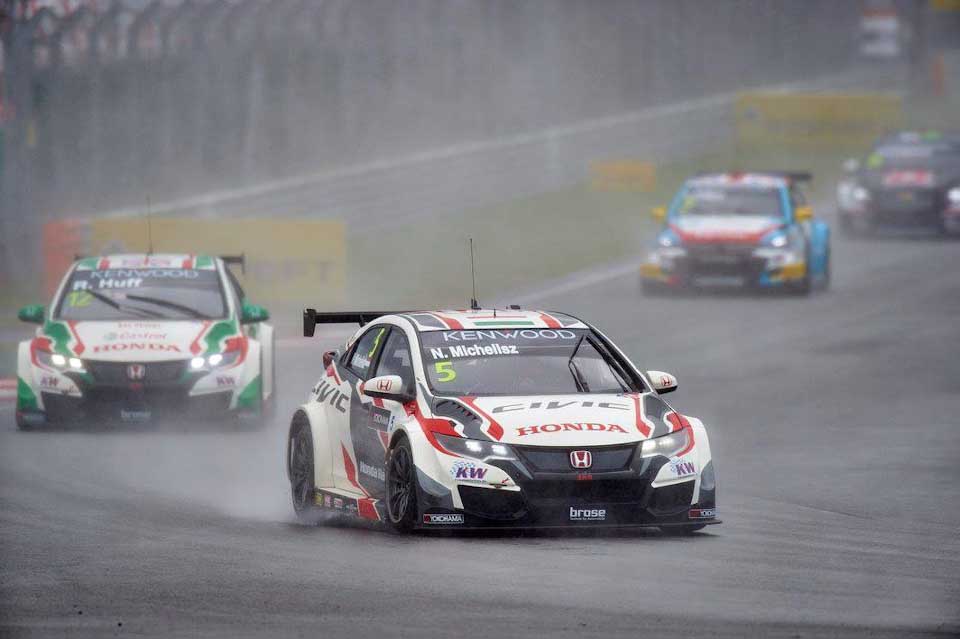 Lada swept the top three positions during qualifying with Nicky Catsburg taking pole, Gabriele Tarquini in second and Hugo Valente in third. The track had started to dry up but the track remained slick. The trio of Ladas had a strong start and led the pack during the first half.

Lada had hoped for a 1-2-3 finish in their home soil but Honda's Norbert Michelisz passed Hugo Valente for third place as Valente was struggling with his car's handling. Towards the middle of the pack, the Hondas were slowly making their way to the field and quickly dispatched Valente's struggling Lada to the middle of the pack. The Citroens, running mid-pack in the opening race, struggled in the main race as the track began to dry up. Lopez and Muller tried their best to keep sixth and eighth place but were unable to do so. 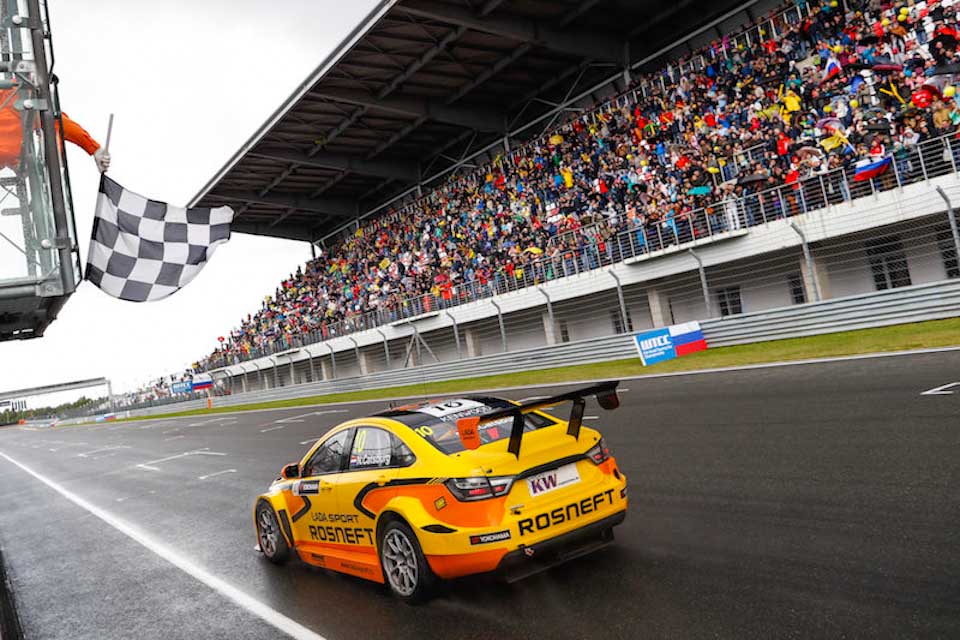 The track was partially dry towards the end of the race and drivers began to preserve tires to last to the finish. Catsburg had built a large lead from team mate Tarquini but had to slow down for his tires not to overhead. Tarquini on the other hand was closing in fast but ran out of laps to catch up to Catsburg. With Catsburg's win and Tarquini in second, it marked Lada's first back to back 1-2 finishes in the WTCC.

The Hondas ran a solid main race after struggles in the opening race. Norbert Michelisz crossed the line third, followed by Rob Huff in fourth and Tiago Monteiro in fifth. Sixth went to James Thompson while Hugo Valente was able to salvage seventh. Jose Maria Lopez struggled this round and took home eighth place. Independent drivers Frenec Ficza and Mehdi Bennani round up the top 10.

The next round of racing will be at the Vila Real street circuit for the WTCC Race of Portugal on June 24 to 26.

The problems of 1973 are the same as 2020, but can our generation prevent history from repeating again?