Back to back wins for the defending champion

For the first time this season, Jose Maria Lopez takes home back to back wins with dominant runs in the WTCC Race of Germany, held in the Nurburgring Nordschiefe. The driver closest to Lopez, Tiago Monteiro, crashed out, making the gap between the him and Lopez even further. The race was marred by tire failures which Yokohama says will investigate. 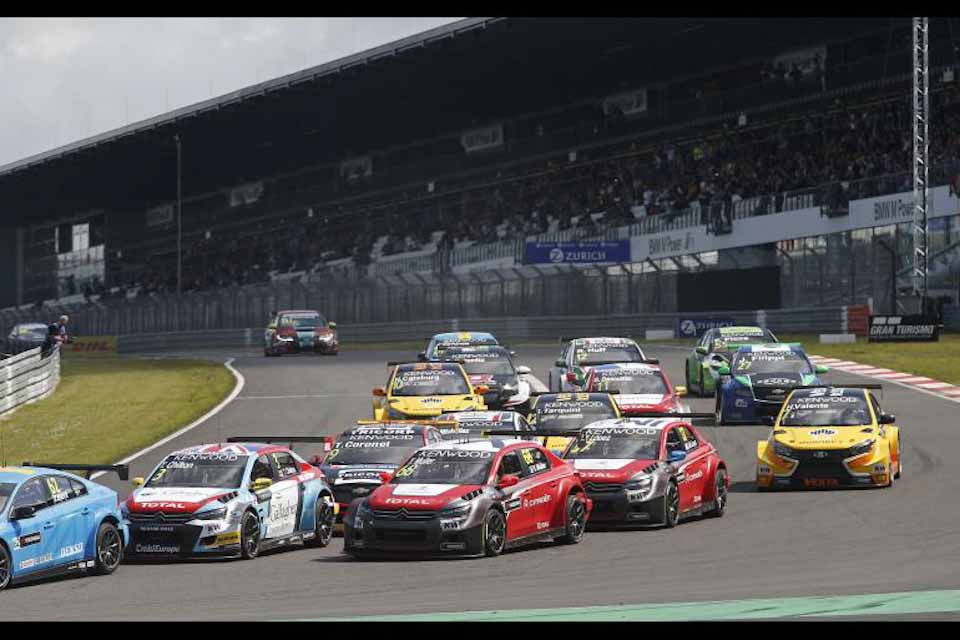 Tiago Monteiro started out in front with Mehdi Bennani alongside him. The Citroen duo of Yvan Muller and Jose Maria Lopez were way back in ninth and tenth. Bennani would make a mistake early on, dropping him back while Muller and Lopez were moving up the grid. Bjork was now chasing Monteiro for the lead.

Unfortunately for Bjork, an oil leak would slow him down by the end of the first lap and forcing him to retire. This moved Muller and Lopez to second and third as Muller was soon within sight of Monteiro. Tom Chilton on the other hand had moved up one spot in fourth place, overtaking Lada's Nicky Catsburg who was sliding back through the pack. Norbert Michelisz was also moving up the field slowly. 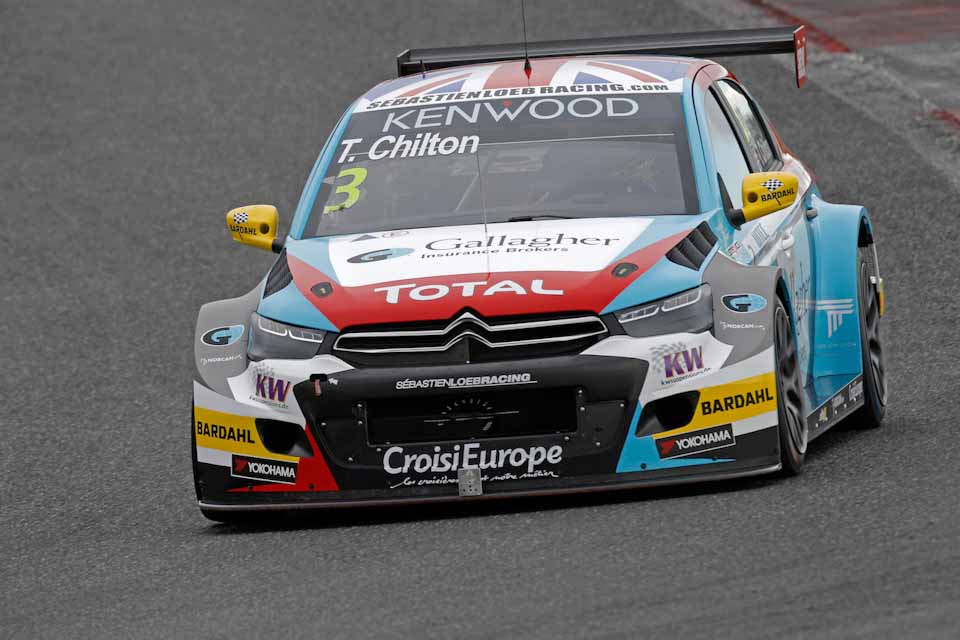 On the final lap, Monteiro would have a big shut that would send him to the middle of the track. With no where else to go, Muller slammed straight into the Honda and almost collected team mate Lopez in the process. Lopez was able to take evasive maneuvers to take the lead with Tom Chilton and Norbert Michelisz in tow. The incident handed Lopez the win while Chilton took second place. The lone Honda in the podium was Michelisz who grabbed third. Fourth place would go to Rob Huff who had to charge his way to the front following an engine change that forced him to start at the back of the grid, followed by Mehdi Bennani in fifth. Sixth and seventh place would go to Hugo Valente and Gabriele Tarquini while seventh went to Fredrik Ekblom for Volvo. Nicky Catsburg eventually finished ninth and guest driver Sabine Schmitz crossed the line tenth. 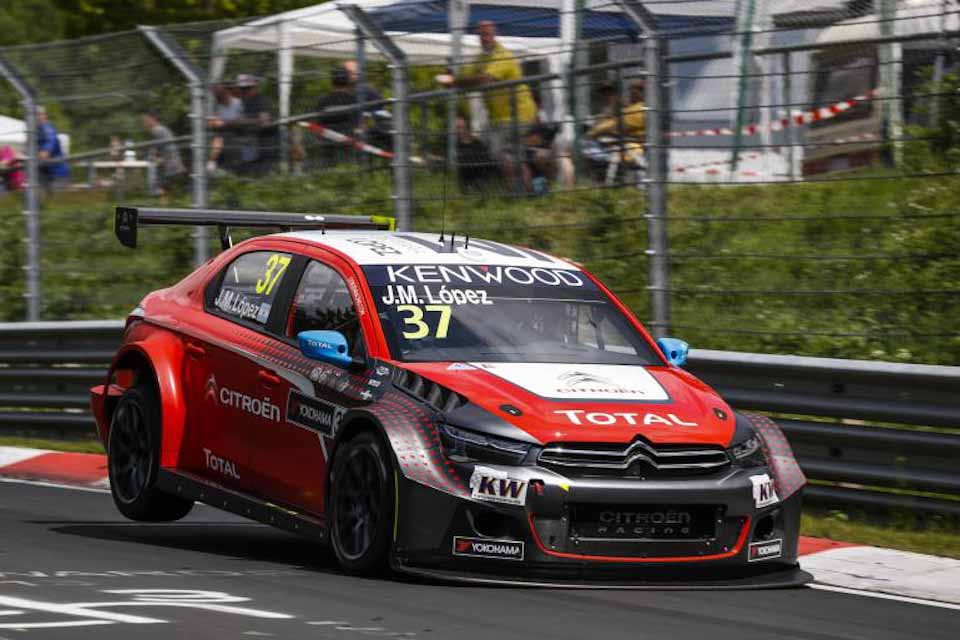 Yvan Muller had to sit out of race two as the team was unable to fix the car in time. Jose Maria Lopez meanwhile started out in front after setting a new lap record in the Nurburgring during qualifying. Norbert Michelisz sat alongside Lopez for the main race.

Michelisz had a good launch, overtaking Lopez the moment the lights went green. Lopez answered back later in the lap by overtaking the Honda driver in the Schumacher S bends. Lopez pulled away but Michelisz was able to catch up by the end of the second lap. Tom Chilton and Rob Huff meanwhile were fighting for the last spot on the podium. Also fighting for position was Mehdi Bennani and Nicky Catsburg. 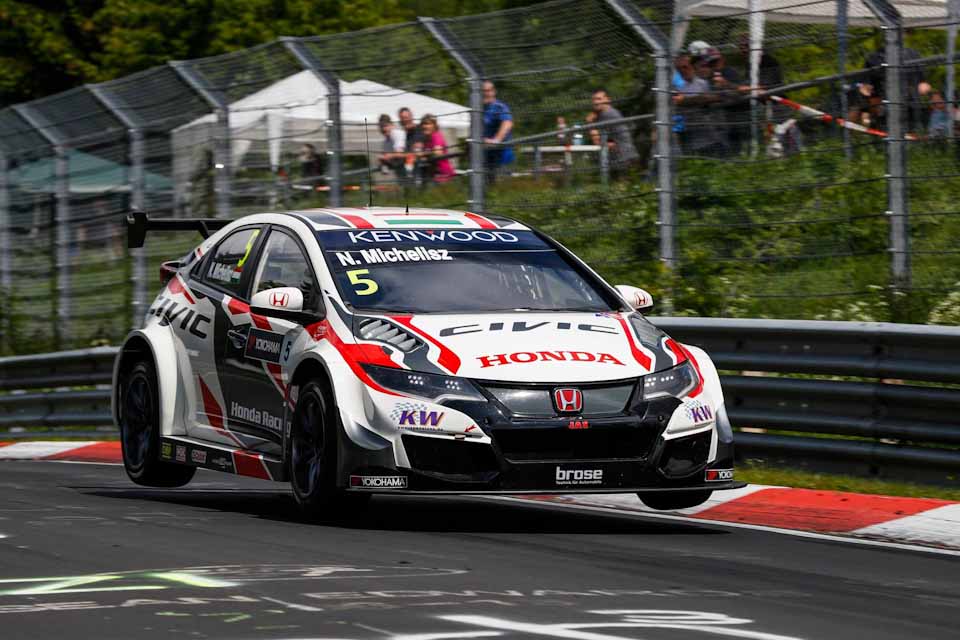 The fight for the lead did not stop until the checkered flag waved. Lopez was able to hold off Michelisz throughout the race and held a 0.435 second gap ahead of Michelisz. Tom Chilton scored back to back podiums with his third place finish and was the top independent driver of the round. Rob Huff saw a repeat of the opening race by finishing fourth while Bennani was able to overtake Catsburg for fifth place. Volvo drivers Fredrik Ekblom and Thed Bjork take seventh and eighth respectively while Lada team mates Gabriele Tarquini and Hugo Valente round up the top ten.

FIA: Halo bar protection device to be standard in 2017 Formula 1