It would appear that Honda is determined to put a stop to Citroen's dominance by taking the lead in both driver and manufacturer standings. Tiago Monteiro won the opening race of the 2016 WTCC Race of Slovakia while Citroen's Jose Maria Lopez won the main race.

Following the reverse grid positions based on qualifying, Hugo Valente took pole position for the opening race with Mehdi Bennani alongside him. Valente stumbled on the line allowing Bennani to take the lead the moment the lights went green. By the first turn, Valente was falling within grasp of Honda's Rob Huff and was eventually overtaken. Huff was then passed by team mate, Tiago Monteiro, and took over second place. The two Hondas were now in pursuit of the leading Citroen. 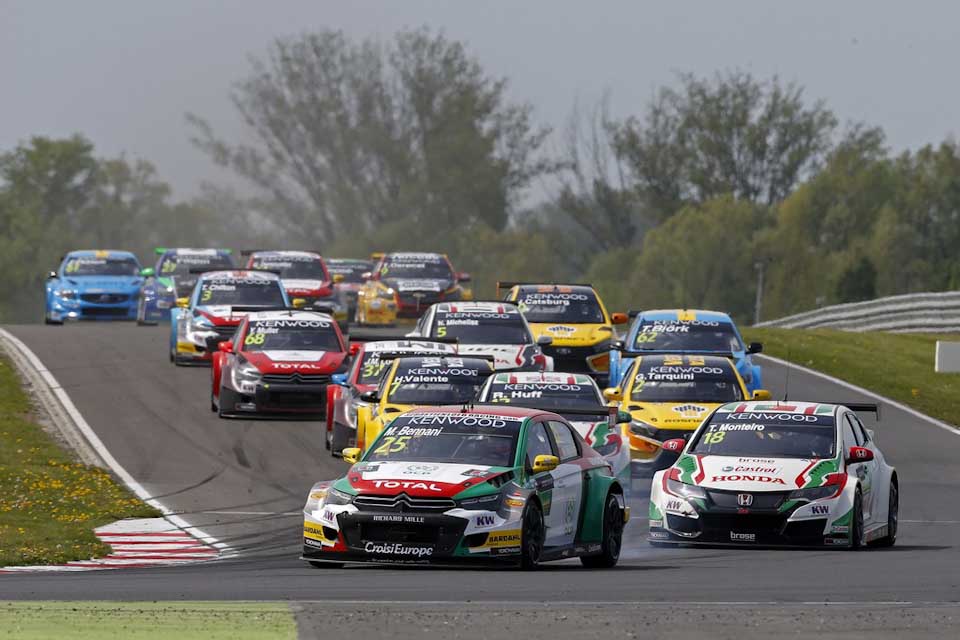 The Honda team mates were gaining on Bennani at the halfway point and closed in near the end of the race. Bennani was beginning to struggle for traction as he was carry 80 kg worth of success ballast for winning the opening round. Monteiro spotted his opportunity to take the lead when Bennani ran wide on lap nine. Monteiro was able to overtake the independent driver but was unable to bring team mate Rob Huff along with him for second. Bennani shut the door on Huff, relegating the Briton to third.

Lada driver, Gabriele Tarquini, was able to hold off Jose Maria Lopez and Yvan Muller to cling onto fourth place. Finishing fifth is reigning champion, Lopez, while Norbert Michelisz finished sixth with a daring move on the outside on eventual seventh place finisher, Yvan Muller. Rounding up the top ten were Thed Bjork in eighth, Tom Chilton in ninth and Fredrik Ekblom in tenth. 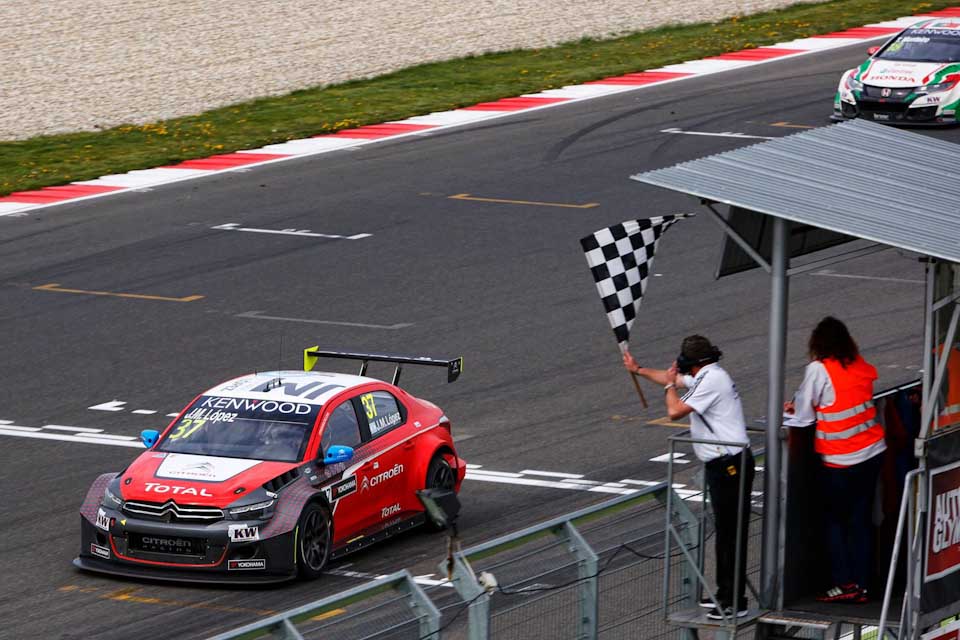 With grid positions based on the qualifying runs, Yvan Muller took his 29th career pole by just 0.040 seconds ahead of Nicky Catsburg. When the race started, Jose Maria Lopez timed his launch right, jumping two spots to take the lead. However, Lopez's car got hit and damaged a part of his Citroen. Lopez was able to hold on to the lead for four laps before being overtaken by Catsburg. Fellow Citroen driver and pole-sitter, Yvan Muller, slid backwards from then on.

Catsburg was in the lead for the majority of the race, but soon starting developing tire wear issues. This allowed Lopez to eat away the gap Catsburg had made and, two laps from the finish, Catsburg ran wide, which allowed last year's champion to slip through. Now with worn tires, Catsburg was soon defending his second spot from race one winner, Tiago Monteiro, and was unable to hold off the Honda driver. Catsburg would concede second place to Monteiro but held on to a third place finish. 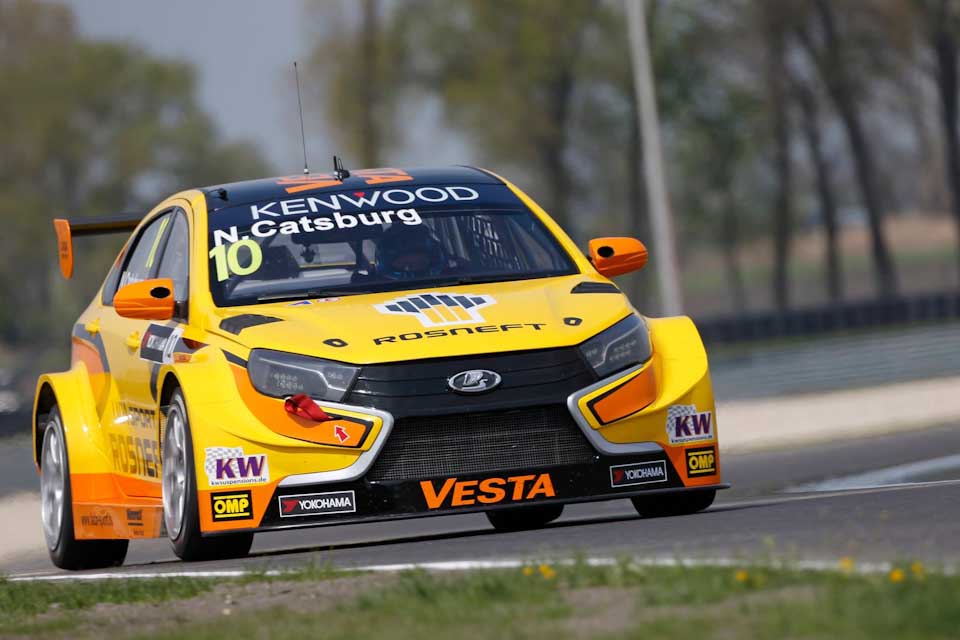 In an attempt to capitalize on Catsburg's tire issue, Norbert Michelisz attempted to grab the last podium spot from Catsburg, but a puncture cost Michelisz dearly, losing his fourth place finish to Thed Bjork. Michelisz would finish fifth, ahead of pole-sitter, Yvan Muller. Meanwhile, Mehdi Bennani and Tom Chilton were neck and neck for the independents trophy win, but Bennani was able to hold off his team mate to finish seventh. In eight place was Tom Chilton, followed by Fredrik Ekblom ninth and Tom Coronel.

The next round of the WTCC will be the Race of Hungary to be held on April 22 to 24 at the Hungaroring.