Honda has a reason to celebrate this round of WTCC after the automaker swept the podium in its home track in Motegi. Norbert Michelisz led the trio of Hondas in the opening race, followed by Rob Huff and Tiago Montiero.

At the same time, series leader Jose Maria Lopez was awarded the provisional title for 2016 WTCC following his strong finishes for this round. 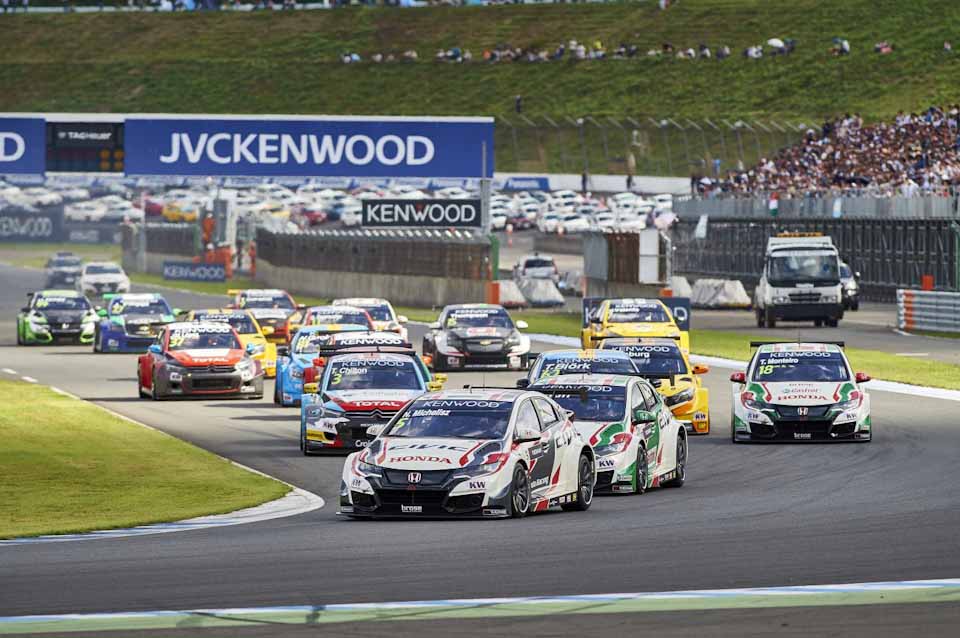 Michelisz started from pole for the race with team mate Rob Huff alongside him for second. Volvo Polestar Racing's Thed Bjork qualified third with Nicky Catsburg in fourth. From the start, Michelisz and Huff made a clean getaway while Tom Chilton, starting from sixth, jumps two spots into fourth. Also with a great launch was the third Honda entry of Tiago Montiero, jumping into fifth.

It was a tight squeeze entering the first turn with Chilton challenging Bjork for third place. There would be contact between Catsburg and Yvan Muller, sending both drivers sideways and opening up a gap for Jose Maria Lopez to drive through. As Lopez would also hit the Lada of Catsburg with the latter expressing his displeasure after the race. Meanwhile Bjork was able to fend off Chilton to keep third place. This also gave Montiero the opportunity to sneak past both Chilton for fourth place.

Catsburg's team mate Hugo Valente was forced to retire following a collision with Gregoire Demoustier. Demoustier was later handed a drive-through penalty for rough driving. Independent's trophy leader Mehdi Bennani would also serve a drive through penalty after officials declared he made a jump start from the grid. Meanwhile, Citroen drivers Lopez and Muller would continue to bash fenders with Catsburg.

Michelisz continued his strong run, pulling away from team mate Huff. Bjork was in hot pursuit of the Honda driver and, at the same time, Montiero was gaining ground on Bjork. On the seventh lap, Montiero made his move to claim third from the Scandinavian. The Citroen duo would later force their way to overtake Catsburg for fifth and sixth place. Bjork would continue to slide down the field with Lopez and Muller overtaking him on the penultimate lap.

Norbert Michelisz would take his first win in WTCC as a factory driver, followed by team mates Rob Huff and Tiago Montiero in second and third respectively. Jose Maria Lopez gained valuable points in fourth place with fellow Citroen driver Yvan Muller in fifth. Thed Bjork finished sixth and the battered Lada of Nicky Catsburg crossing the line in seventh. Rounding up the top ten are Tom Chilton in eighth, Nestor Girolami in ninth and Gabriele Tarquini in tenth. 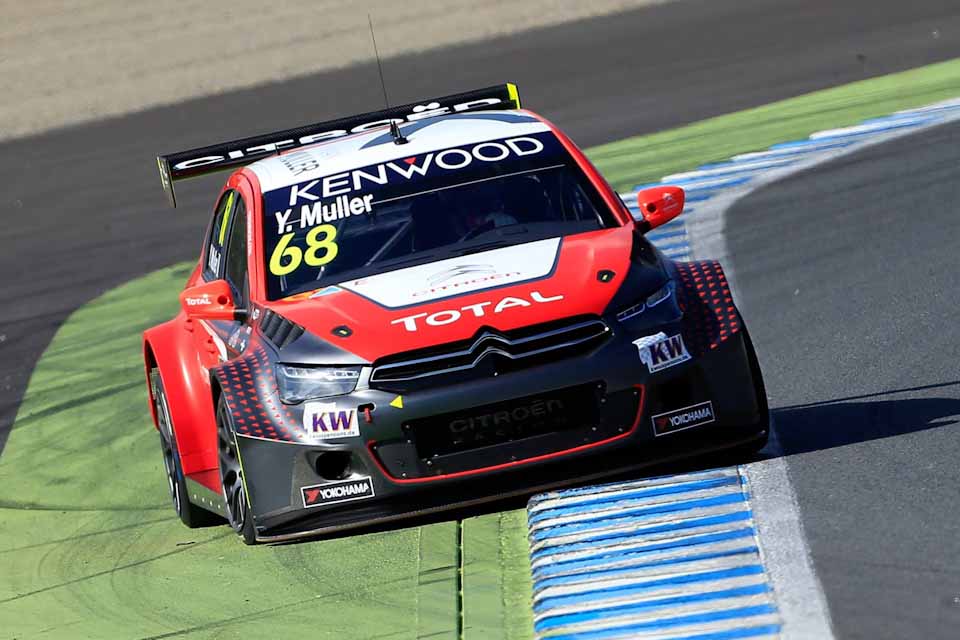 It would be a Citroen front row lockout for the main race with Jose Maria Lopez on pole and Yvan Muller in second. The Citroen of Mehdi Bennani would occupy the third slot on the grid and alongside him was Tiago Montiero in fourth.

Once racing started, Lopez and Muller made the most of their front row starts by pulling away from the pack. Montiero meanwhile took advantage of Bennani's slow start, grabbing third place before entering the first turn. Further back, a battle for fifth place was brewing with Tom Chilton fending off the likes of Nestor Girolami, Norbert Michelisz, Rob Huff and Thed Bjork. Bjork would pass Huff on the second lap, followed by another overtake on Michelisz on the third. After five laps of pressuring Chilton, Girolami was able to grab fifth place.

The positions would be unchanged until the final lap. Despite Lopez leading from the start, the Argentinian slowed down to let team mate Muller take the win, helping the latter's chances to claim second in the championship standings. Tiago Montiero would be the highest ranking Honda in third with Mehdi Bennani in fourth. Fifth place went to Girolami, followed by Chilton in sixth. Thed Bjork crossed the line seventh ahead of the Hondas of Michelisz and Huff who finished eighth and ninth respectively. Gabriele Tarquini does a repeat result of his first race finishing tenth.

SLEX, Skyway to use RFID exclusively for e-toll by April 1

Speed Limits, Speeding and the Law