Lada gets first win of 2017 WTCC season with Yann Erchlacher

It was a big weekend in Argentina for rookie Yann Erhlacher and Norbert Michelisz. Michelisz won the main race, making it two wins in a row for Dutch driver. Meanwhile Erchlacher took home is first career win in WTCC, as well as Lada's first win of the season. 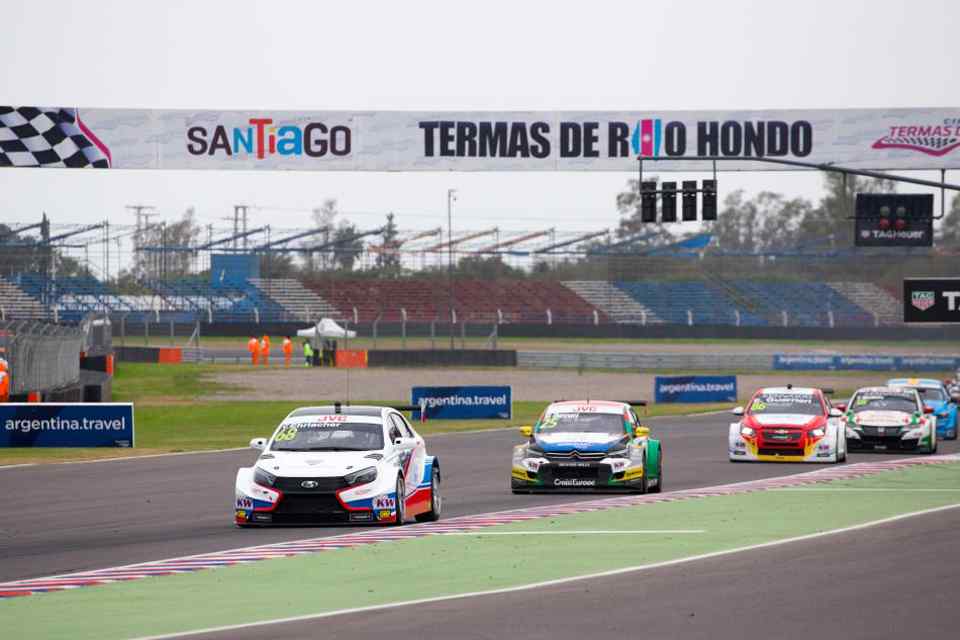 Erchlacher started the opening race on pole with Sebastien Loeb Racing drivers Tom Chilton and Mehdi Bennani right behind him. When the race began, Chilton had a good jump on Erchlacher but the Lada driver was able to cover the inside line to keep the lead. He was able to hold on to first until Chilton punted him out of the way.

Meanwhile, Honda team mates Tiago Monteiro and Michelisz tangled fenders with the latter coming off worse. Michelisz suffered a puncture but was able to limp his Civic back to the pits. However, Michelisz would not be a factor in the opening race. The Volvo drivers on the other hand were running nose to tail in a bid to stay within the top five. Thed Bjork was was mounting pressure on Bennani while the other Volvo drivers Nestor Girolami and Nicky Catsburg were staying close to the rear bumper of Esteban Guerrieri for fifth place. 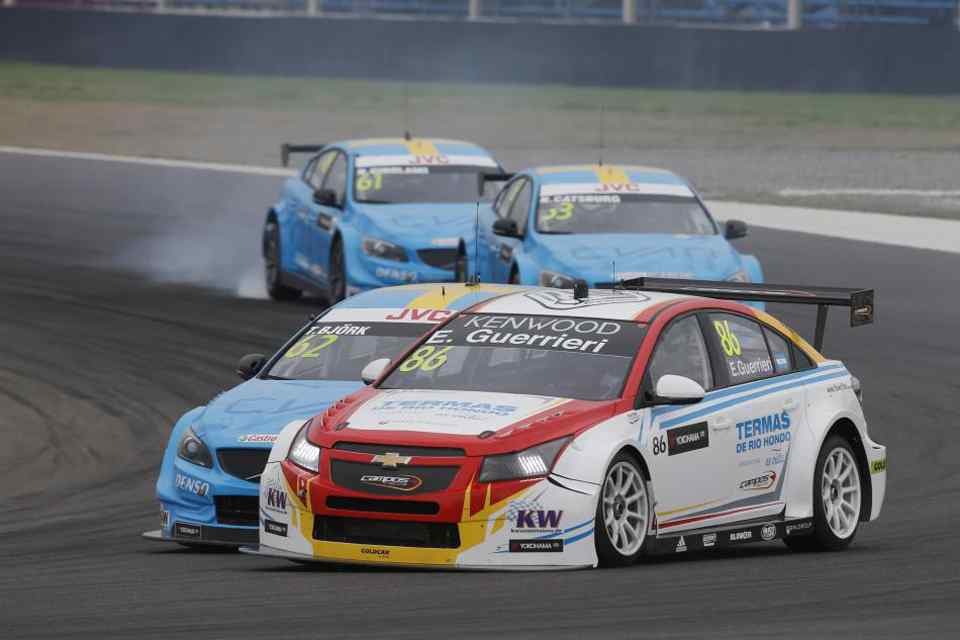 Bjork made a move on Guerrieri when the latter ran wide but the local driver squeezed the lead Volvo driver out wide, nearly sending him into a spin. Bjork fell back three places with Girolami now becoming the lead Volvo of the race. Catsburg then suffered a puncture and quickly went down the order.

Back in front, Chilton was holding a sizable margin over Erchlacher, who was still fending off Bennani. Towards the end of the race however, Erhlacher pulled away from Bennani and Guerrieri was slowly falling into the clutches of Monteiro. On the penultimate lap, race officials declared Chilton's tap on Erhlacher's bumper as an unfair advantage. With the rookie staying within sight of Chilton, he took his first career win despite being behind the Citroen driver. 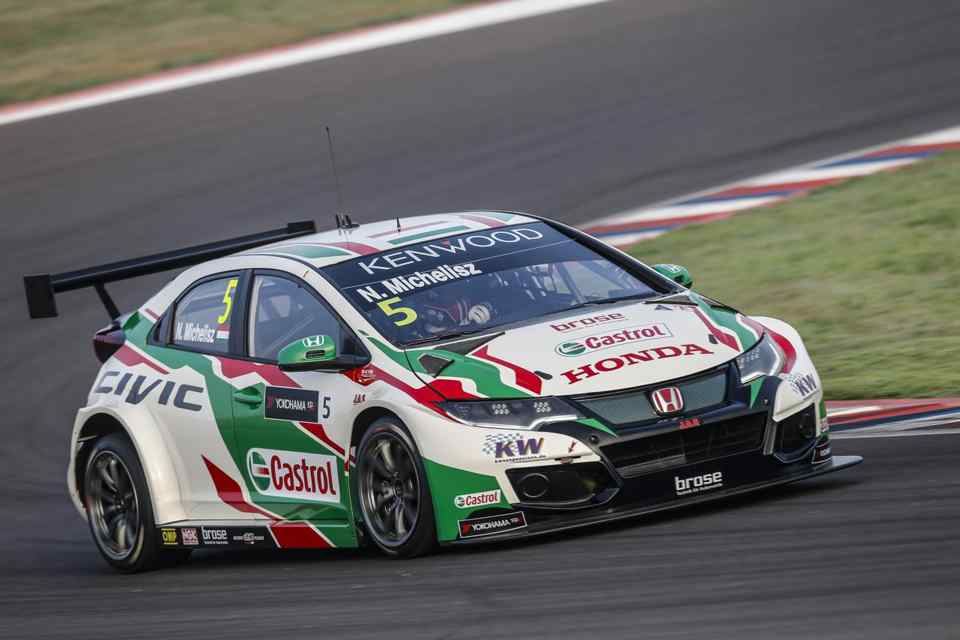 For the main race, it was Nicky Catsburg who started in front with Norbert Michelisz, who's car was repaired following contact with his team mate, alongside him. On launch, Catsburg's strong start allowed him to keep his lead while further back, Tom Chilton was seen being punted towards the grass. Michelisz kept close to Catsburg and slotting right behind him was Monteiro.

Catsburg was holding a steady lead from the Hondas, even past the halfway point. However, Catsburg's luck would turn for the worse when he suffered a puncture for the second time in one day. This handed the lead to Michelisz, along with Monteiro in tow. That also meant that Honda was on course for a 1-2 finish. Fortunately for Volvo, the team still had Thed Bjork to try and catch up to the Civics.

But Michelisz and Monteiro would be unchallenged until the end of the race. The duo would be over a second ahead of the lead Volvo, winning the race in a dominant manner. With Honda out-scoring its rival make, it’s the Japanese firm that now leads the World Touring Car Championship for Manufacturers heading to the next event in China.