Like the race before in China, the Japanese round of the World Touring Car Championship saw a soaked race track. Despite that, Honda took a vital win in its home race, with Norbert Michelisz bagging it in the main race. As for the opening race, Tom Chilton capitalized on the conditions and won, keeping his lead in the independent's trophy alive. 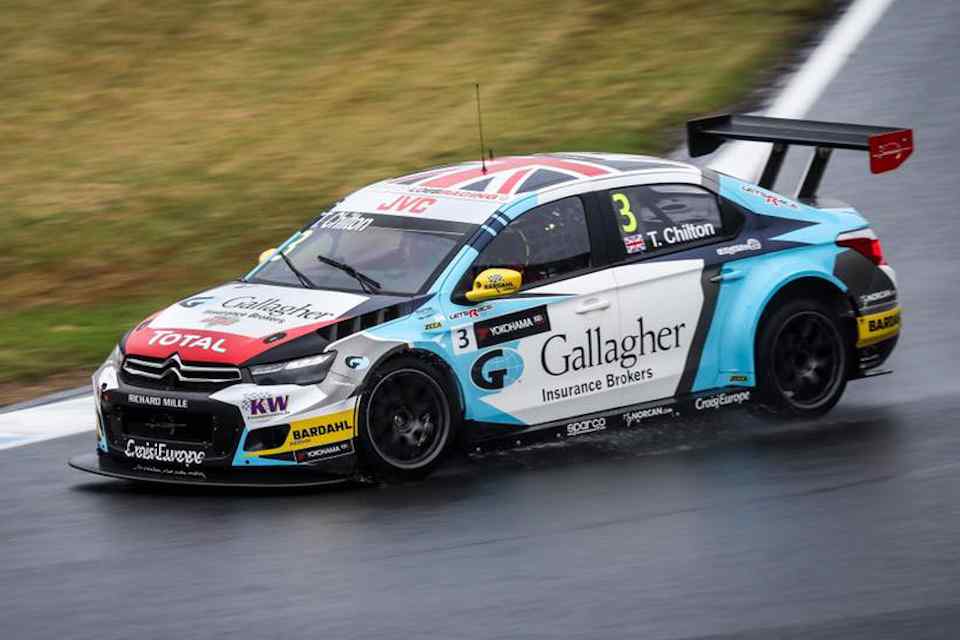 Following the reverse grid start, it would be Kevin Gleason out in front with Chilton alongside him. When racing began, Gleason tried to hold on to the lead but with standing water all over the track, he nearly spun out trying to defend his lead. This allowed Chilton to take the top spot and drive away as Gleason dropped out of the top five. Thed Bjork also had a good start, tucking in behind the Lada of Yann Ehrlacher, who took over second place from his team mate.

Tiago Monteiro is still out for the season due to injuries sustained from practice runs. Taking his place was Esteban Guerrieri, chasing down Bjork for another podium finish. With road spray making conditions even more challenging, Nicky Catsburg ran into the rear of Ryo Michigami, causing the latter to spin out. Another Volvo driver, Nestor Girolami, hit the side of Michelisz, spinning the latter out in the final turn. Both Volvo drivers were given drive-through penalties. 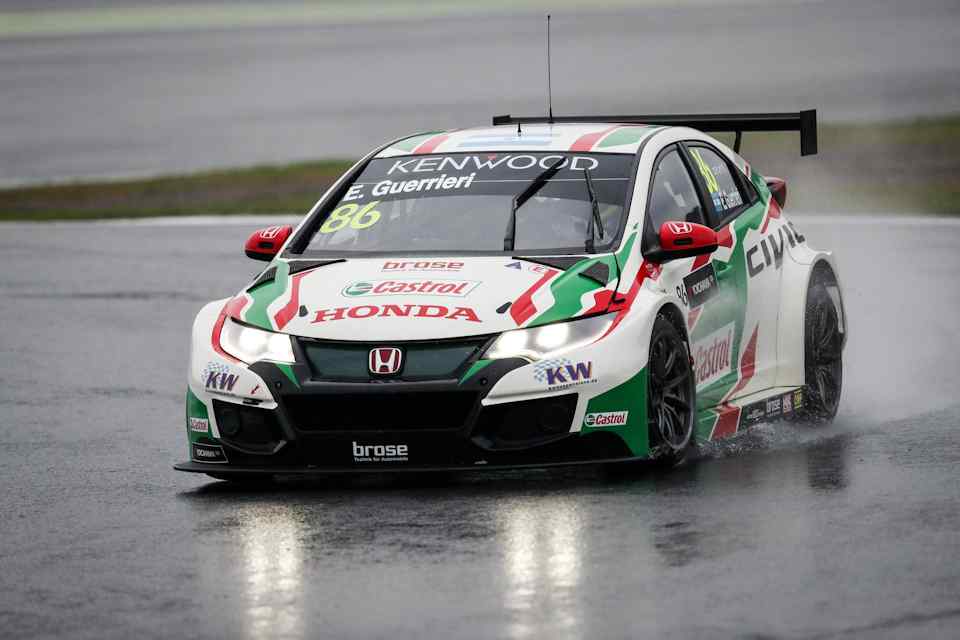 Later on, the conditions got the best of Bjork, spearing off into one of the tight right handers. Making the most out of Bjork's misfortune was Guerrieri, climbing into third place. Bjork was able to regain the final podium spot and was shaping up to be an intense battle for second and third. It was a tense moment when Guerrieri passed both Ehrlacher and Bjork in one of the corners.

The Honda driver tried to keep his car on the road in the sweeping S Bends but the Volvo, losing grip, tapped the side of Guerrieri's Civic. This sent him into a half spin but was able to recover, hitting the side of Bjork in the process. Ehrlacher was able to take evasive action to keep second but now, it was Guerrieri back in third. At this point, Chilton had run away from the pack to cruise for another win. Taking second and third were Ehelacher and Guerrieri. 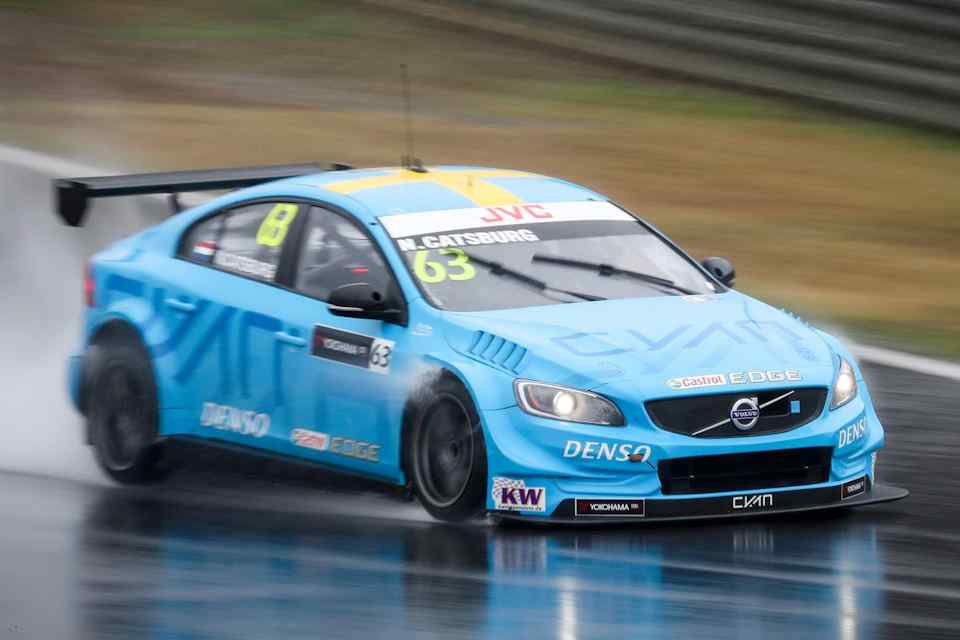 The rain was heavier during the main race, leaving puddles all over the Twin Ring Motegi. For this race, it would be Micheliz who would start on pole, with Nicky Catsburg in second. Due to the conditions, the round started behind the safety car.

When racing began, Michelisz pulled away from Catsburg, leading by half a second. After two laps, the Honda driver was almost two seconds ahead of the Volvos. Local driver Ryo Michigami did his best to fend off Thed Bjork but ran into the puddle and beached his car on the run off zone. Tom Chilton also had an off where Michigami got stuck but was able to continue. With even more rain, the safety car was brought out yet again.

The conditions were getting more treacherous as drivers were struggling for grip and visibility, even at safety car pace. Eventually, the race was stopped, giving the win to Michelisz, second to Catsburg and third to Nestor Girolami.