Michelisz and Bennani hold back the Volvos to win in Portugal

Honda has a reason to celebrate after Norbert Michelisz got his first win of the season in the WTCC Race of Potrugal. Another first this year is the introduction of the 'joker lap' in the series, stirring up the grid as the race went on. Medhi Bennani was also victorious, getting his second win of the year. 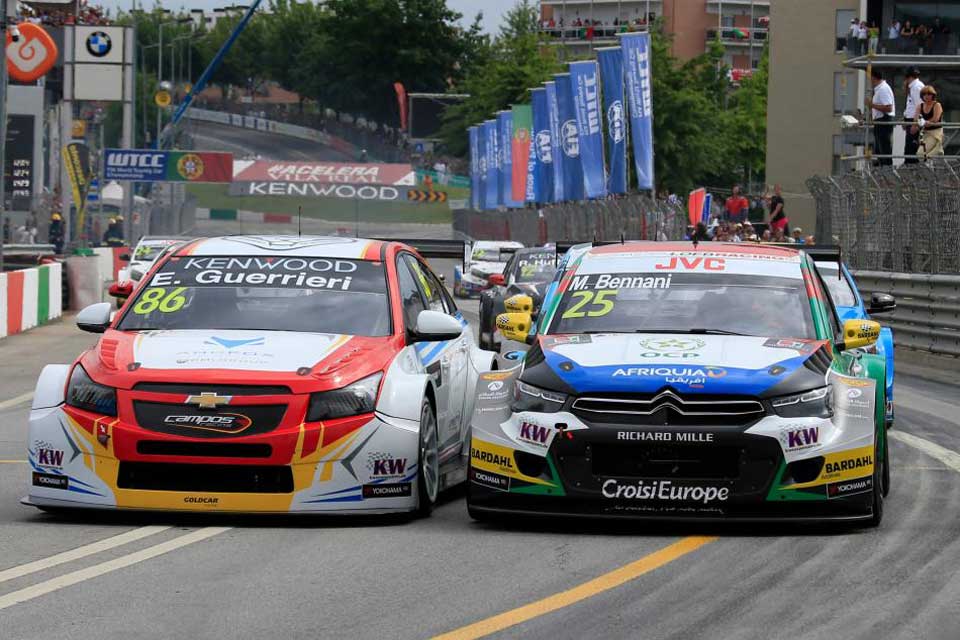 Starting on pole for the opening race was Honda driver Ryo Michigami with Volvo's Nestor Girolami alongside him. Occupying the second row were Esteban Guerrieri and eventually winner Bennani. Michigami would briefly hold the lead but Bennani was able to leapfrog ahead of the two Argentinians. The Moroccan driver was soon close to the rear bumper of Michigami and made his move a few corners later. 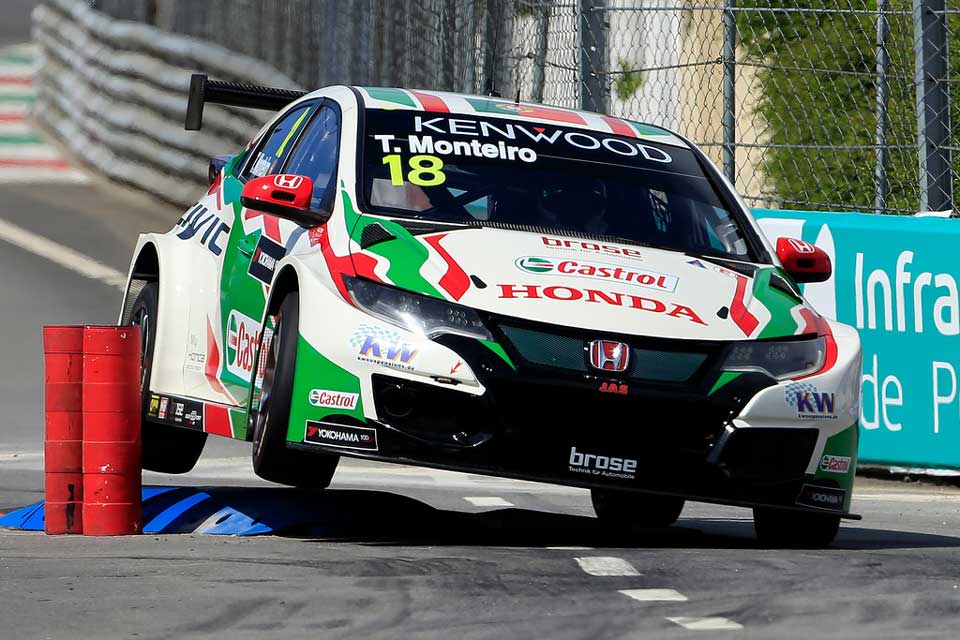 Once past Michigami, Bennani slowly built up his lead as the rest of the field were fighting for position. A few laps later, some drivers were starting to do their respective joker laps. First to do the lap was Tom Chilton and he was followed by Nicky Catsburg, Norbert Michelisz and Rob Huff. Tiago Monteiro and Thed Bjork took their joker lap right after the first four. At that point, Bennani had made up a sizable gap for the lead.

Even when Bennani took his joker lap, the Citroen driver was still out in front but Monteiro relatively close behind. Despite that, Bennani was still able to pull away to win the opening race by just under a second. Thed Bjork was also on the podium with his third place finish. 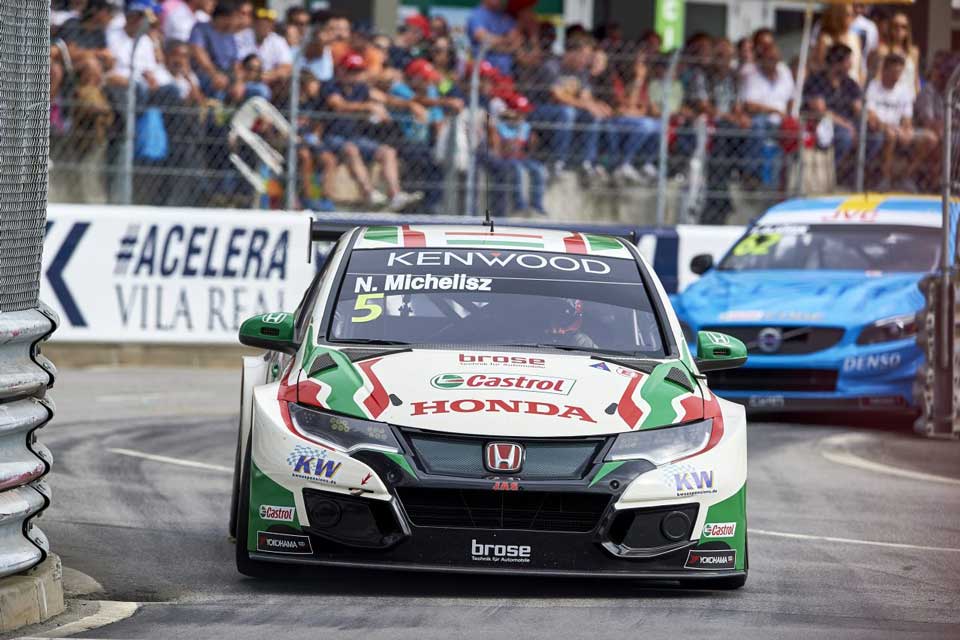 For the main race, it was Norbert Michelisz starting in pole position with Rob Huff in second. In third was Thed Bjork and beside him was Tiago Monteiro, completing the second row. Upon start, Michelisz was able to breathe easier as Huff stalled his Citroen on the grid. Fortunately for Huff, the rest of the pack was able to avoid his stricken car and was eventually able to restart.

For a moment, Thed Bjork was in contention for the lead but faded away in the middle section of the race. Michelisz also took his joker lap early with Bjork in tow, negating any strategic pass on the Honda driver. Meanwhile, Rob Huff was having to do a recovery drive following his stall. By the start of the second lap however, he was in the top ten. Huff and his team also timed their joker lap at a crucial moment, allowing him to get close to the top five. 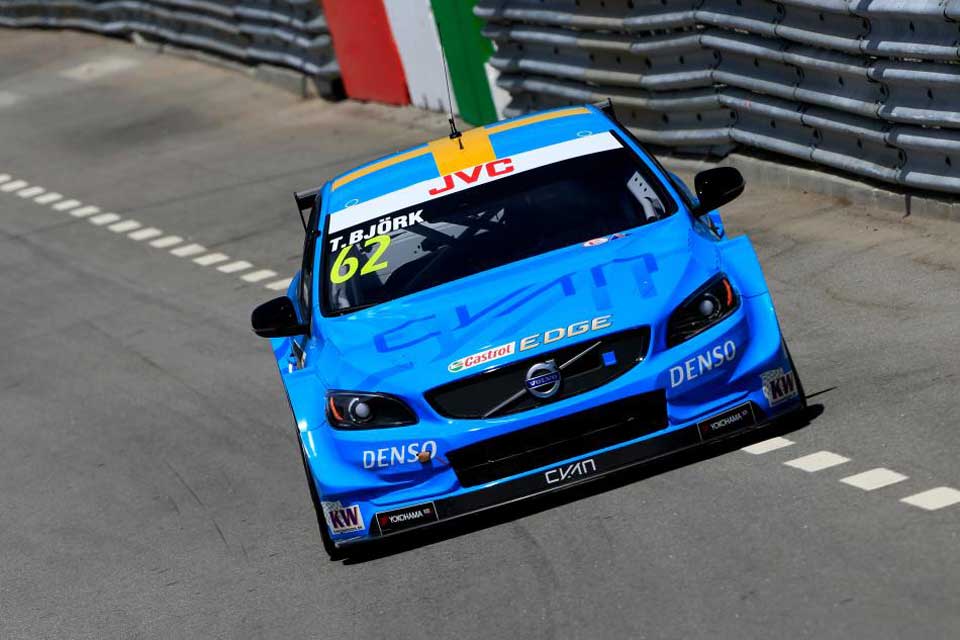 Monteiro was continuing to please his home crowd by running third for most of the race. With the top two relatively far away and fourth place not in sight, Monteiro would keep it steady throughout the round. Also having a relatively quiet race was Nicky Catsburg who was half a second adrift from the home crowd favorite.

Michelisz would later cruise to victory ahead of Bjork, Monteiro and Catsburg. For all his hard work and the team's strategy, Rob Huff was able to reward himself with a fifth-place finish. Despite not winning on his local track, Tiago Monteiro got a significant boost in points, allowing him to reclaim the lead in the championship standings.

Vettel, Hamilton out of podium as Ricciardo, Bottas and Stroll take over the top three spots in Azerbaijan