Honda is off to a flying start following this year's WTCC season opener in Morocco. The Japanese automaker ruled the streets of Marrakesh with a 1-2 finish in the second race, along with points scoring finishes in the first. Race one also saw Esteban Guerrieri win his first WTCC race after just three attempts in the seris. 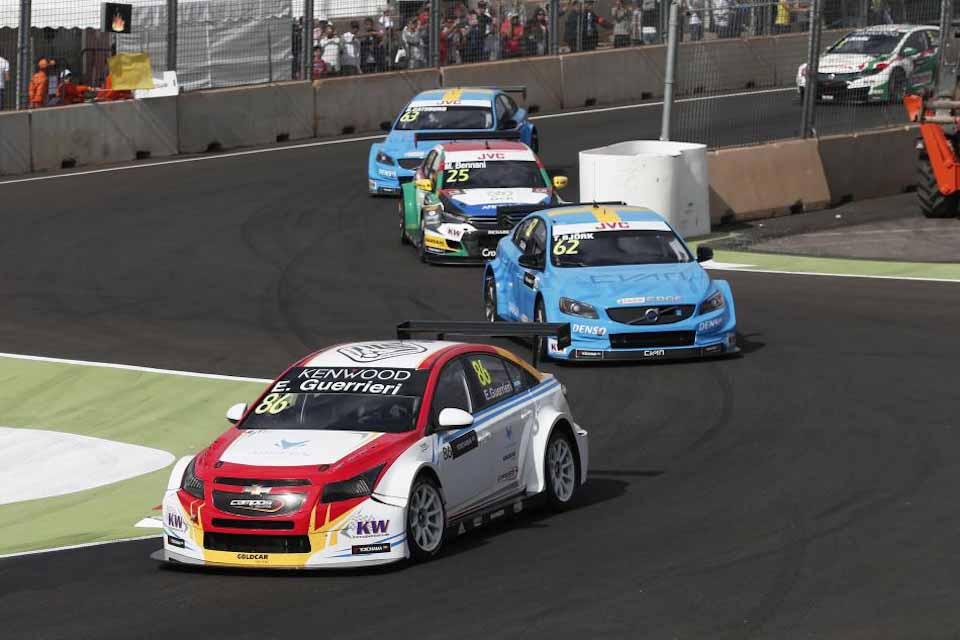 Starting on pole for the opening race was Tom Coronel and alongside him was Guerrieri. Behind the two Chevrolet drivers were Tom Chilton in third and Thed Bjork in fourth.

When the green flag waved, many had a good start except for John Filippi and Yann Ehrlacher. Filippi stalled off the line with Ehrlacher unable to avoid the sticken Citroen. Ironically, it was this impact that helped Filippi start his car which he later limped back to the pits. Ehrlacher meanwhile was no longer able to move his car. With a broken Lada debris scattered all over the track, officials called for the safety car to be deployed. 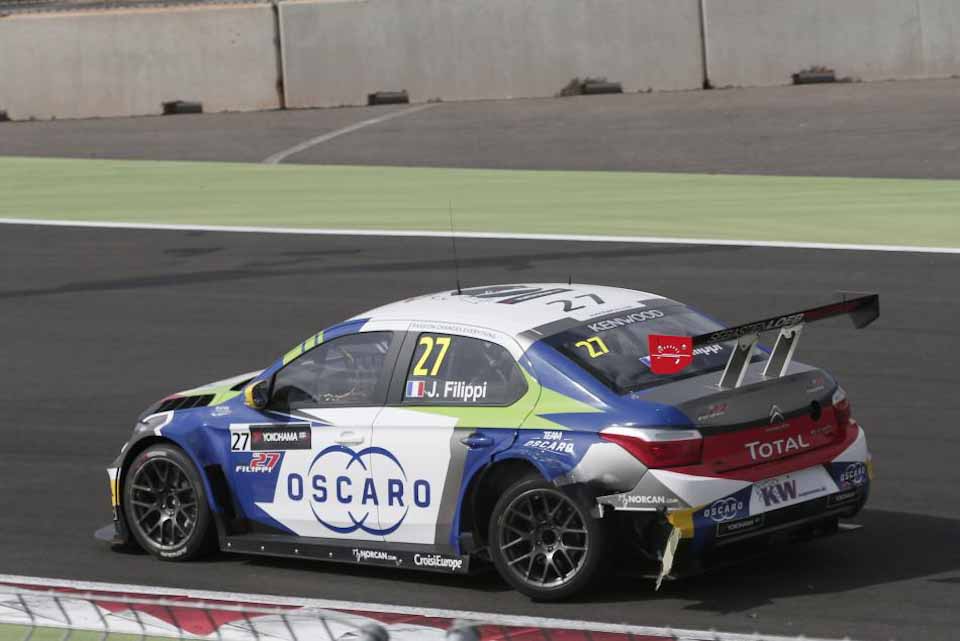 There was more confusion when racing resumed. Rob Huff told his team about power steering issues he was encountering. As he drove into the pits, the many of the drivers followed thinking it was still part of the safety car lap. This allowed Coronel, Guerrieri and five other drivers to pull away from the pack. Coronel was soon under pressure from Guerrieri and eventually, Coronel cooked the brakes of his Chevrolet. This allowed Guerrieri to take the lead with Volvo's Bjork in tow. From there, the rookie driver was able to keep a consistent margin over Bjork to take his first win.

Mehdi Bennani took advantage of the confusion from the pits to finish third, much to the delight of the local crowd. Nicky Catsburg came home in fourth, followed by Norbert Michelisz in fifth. Tiago Monteiro stay put in sixth place. Tom Chilton overtook the ailing car of Coronel to take seventh as the latter limped to eighth. Nestor Girolami and Aurelien Panis take ninth and tenth respectively. 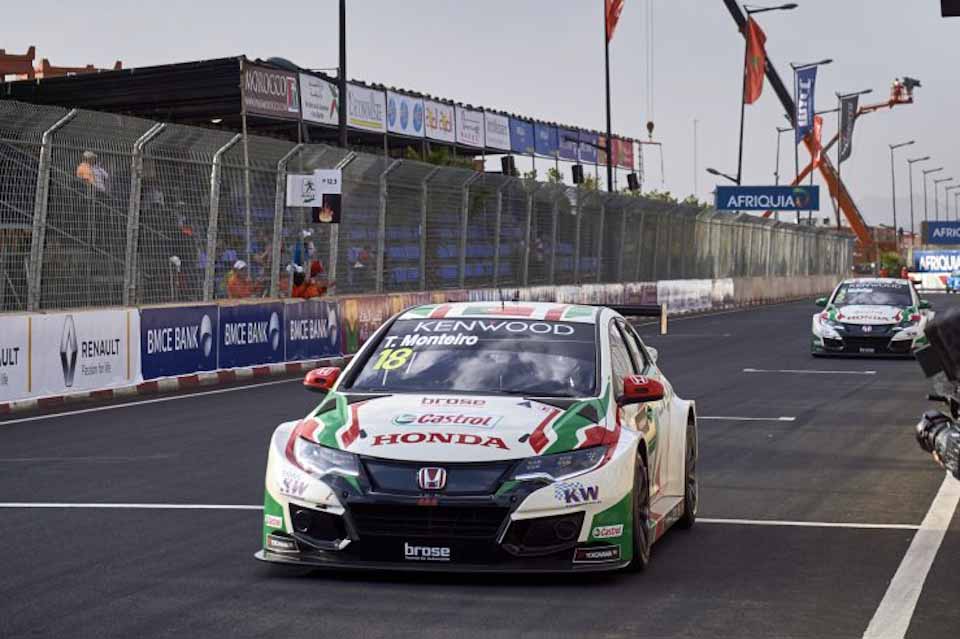 The main race saw Tiago Montiero take pole with Nestor Girolami denying Honda a front row lock out with his Volvo. Girolami's qualifying position meant Norbert Michelisz was bumped down to third on the grid. In fourth was Rob Huff in a Citroen with unresolved power steering issues from the opening race.

Monteiro had a good start and never looked back, meaning it was a race for second between Girolami, Michelisz and Huff. Huff was still suffering with steering problems and quickly dropped down the order. Michelisz was eventually able to overtake Girolami and held a steady gap for a good part of the race. The field would be bunched up after Aurelien Panis went off the track, damaged his suspension and was unable to move the car on the track. 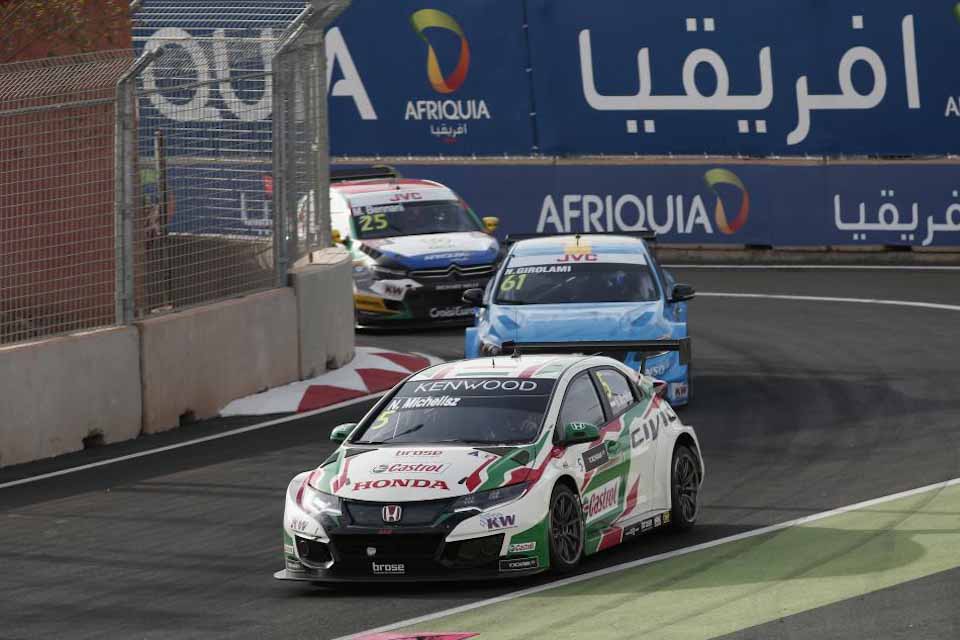 When racing resumed, Montiero made yet another quick start, leaving his team mate far behind. Girolami meanwhile was fighting off Mehdi Bennani and Nicky Catsburg for the final place. The Volvo driver was able to keep despite Bennani making contact with him and his team mate, Catsburg. Bennani was later penalized for the repeated contact.

The top three were unchallenged for the rest of the race with Monteiro taking the win, Michelisz in second and Girolami, with his first podium, in third. Bennani crossed the line fourth but, with the penalty, drops to sixth. With Bennani down the order, Catsburg took fourth while Chilton brought home his Citroen in fifth. As mentioned, Bennani finished sixth and Thed Bjork in seventh. Tom Coronel was unable to make waves in the main race with his eighth place finish. Huff's steering problems relegated him to a ninth place finish while Ryo Michigami rounds up the top ten.