Bjork, Catsburg boost Volvo to the top of the championship

2017 is shaping up to be a good year for Volvo Polestar Racing. The Swedish outfit capped this year's Race of Germany with back to back wins in the Nurburgring. Drivers Thed Bjork and Nicky Catsburg gain valuable points with the latter now leading the championship. 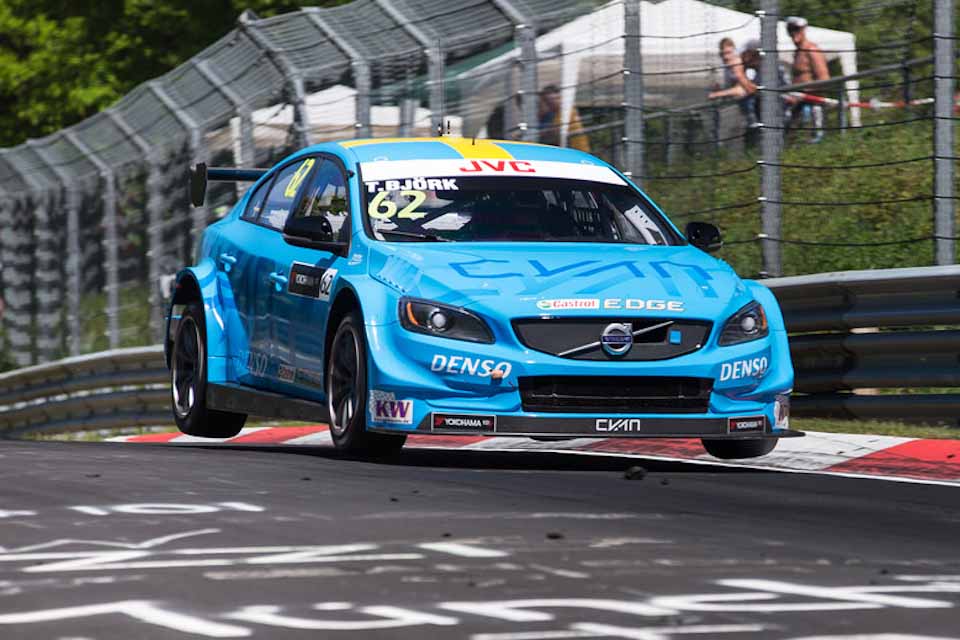 Volvo showed their strength on the Nurburgring with Nestor Girolami on pole. Thed Bjork later made a rocket start from sixth place, catapulting himself to third. Mehdi Bennani also lost second to Bjork but was able to hold off the Swede. The chicane saw a lot of drivers making contact while Tom Chilton and Esteban Guerrieri brushed fenders at the Dunlop hairpin. Bjork continued to chase Bennani, sticking close to the Citroen's rear bumper.

Further back, Nicky Catsburg was fighting for more points while trying to fend off Tom Coronel. Chilton and Guerrieri were also wheel to wheel most of the time. When lead pack got to the straight, Bjork made a slingshot move on the outside while Chilton made it past Guerrieri to grab fourth. The second lap continued with just one overtake from Thed Bjork, taking the lead away from team mate Girolami. 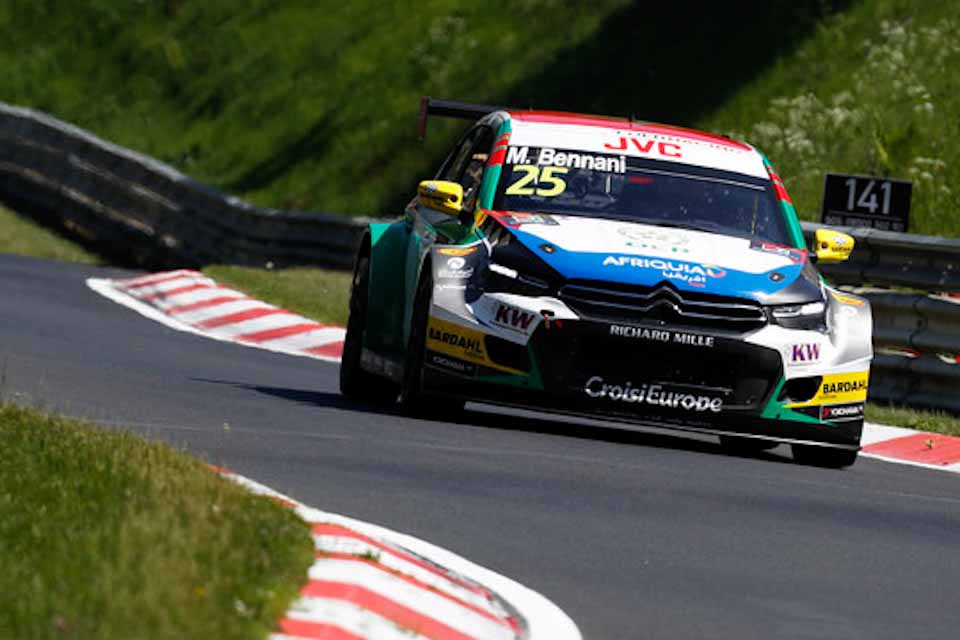 On to the third lap however, tire failures took out two prime contenders for the championship. Championship leader Tiago Monteiro's right front tire blew in Metzgesfeld, spearing him straight into the outside wall. Moments later, Girolami suffered a more catastrophic tire failure with it letting go at high speeds. Girolami was just a passenger when he crashed in Kesselchen, bounced back on the track and nearly collected the Citroens of Bennani and Chilton in the process. Girolami was able to move his sticken Volvo to the side, allowing the race to continue.

While all of that was happening, Rob Huff was slowly moving up the field, sneaking past Guerrieri and set his sights on the rear bumper of Chilton. Catsburg on the other hand barged past Michelisz just before Hohe Acht. Huff would later draft Chilton on the straight to claim the final podium spot. Unchallenged by his team mate, Bjork would win the first race of the day, three seconds ahead of Bennani. 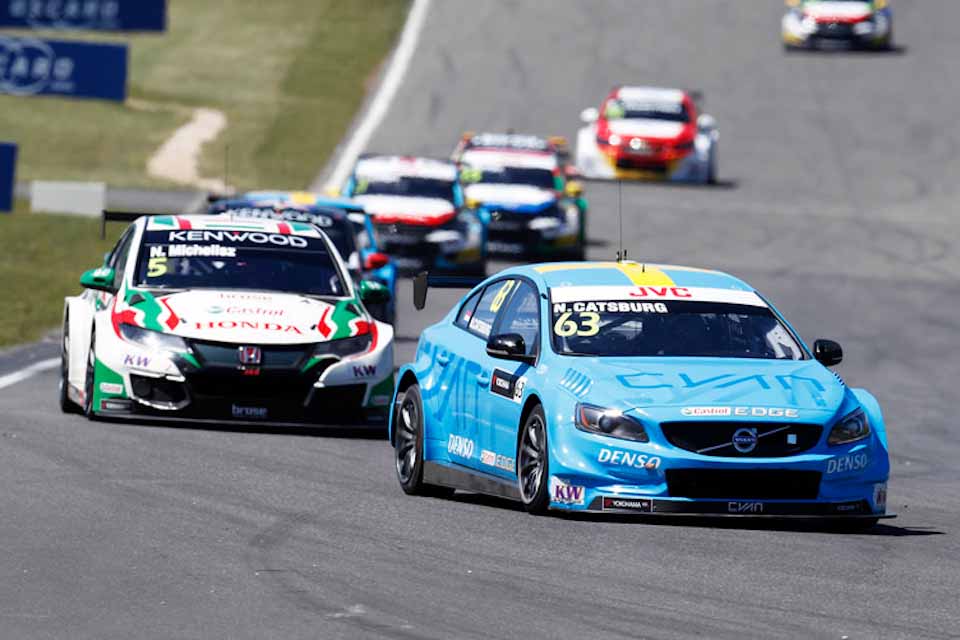 For the Main Race, Monteiro was forced to start from the pits while Girolami was unable to join due to the heavy damage from the first race. Catsburg started on pole but a strong launch from Huff meant he was quickly under threat from the former champ. Michelisz meanwhile tried to pass on the outside but Catsburg was able to hold his line. Huff briefly held the lead as they entered the chicane but both he and Catsburg would make contact. Huff was sent sideways and dropped back to fourth. A few corners later, Huff would recover to third.

By the time the pack entered the Nordschiefe, Catsburg was slowly opening up a gap between him and Michelisz. Michelisz meanwhile was doing his best to keep second away from Huff. Bjork was also in the hunt for third while trying to hold off Chilton. Positions would be unchanged during the second lap. 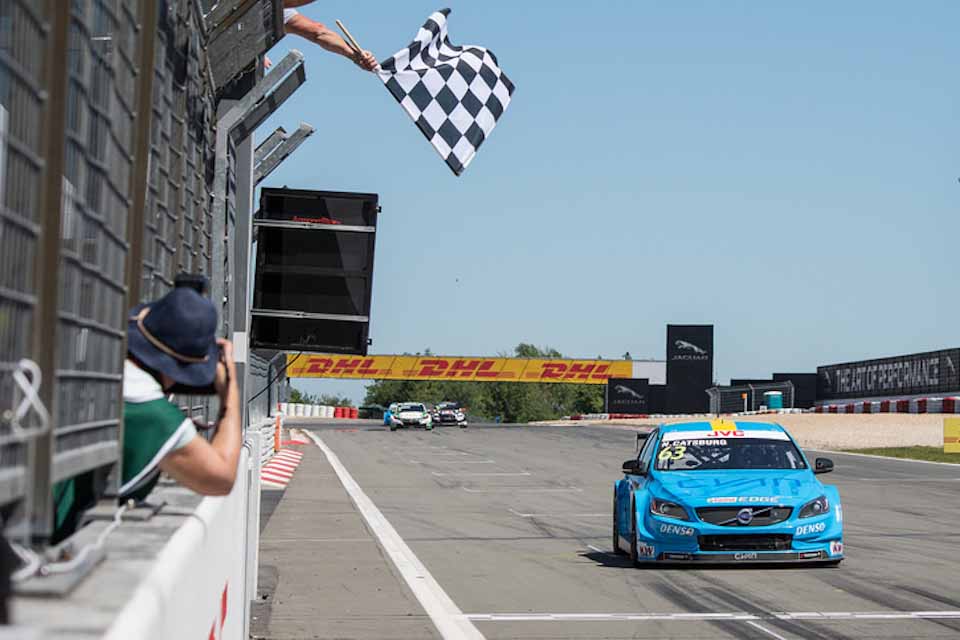 On the final lap, Catsburg had a comfortable lead over the Honda of Michelisz. He crossed the line first unchallenged and took the lead in the championship standings. Michelisz was still fighting to keep his position but was able to get cleaner exits away from Huff to keep second place. Huff meanwhile had to settle for third.

For the next round, the World Touring Car Championship heads to Villa Real Circuit for the Race of Portugal. Qualifying starts on June 24 with race day on June 25.

Despite an impressive start to his Indy 500 debut, Fernando Alonso retires on lap 179 after suffering engine failure