Is the Philippines ready for South Korea's first luxury marque?

Genesis is teasing us with new midsize SUV called GV70

Vehicle sales have taken the brunt of the excise tax since its implementation, with figures a significant percent lower than that of last year. Still, that isn't stopping Hyundai Asia Resources, Inc. (HARI) from bringing in a new brand. A luxury marque at that.

Speaking to Ma. Fe Perez-Agudo, Hyundai's Genesis luxury marque could make its way to the Philippines. There are no specific details just yet but she says that it may take a while. However, if all plans do fall into place, we might just see a new luxury brand enter the Philippine market in a couple of years. 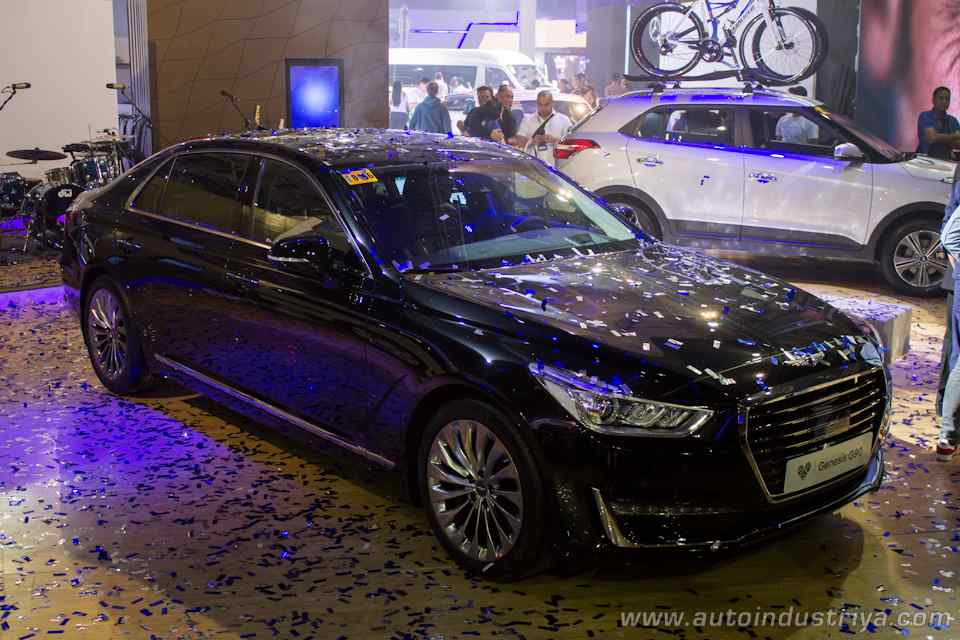 Genesis was spun off from Hyundai and it serves as their luxury division. Similar to what Toyota did with Lexus almost 30 years ago, Genesis is South Korea's first standalone luxury brand. Aside from Lexus, Genesis also has Audi, BMW, and Mercedes-Benz as its prime competition. For now, the Genesis range consists of three sedans in different sizes, and one model has been here for quite some time.

That model is the Genesis G90, a full-sized sedan. The G90 was shown during the 2017 Manila International Auto Show. It is positioned against the established Europeans, namely the Mercedes-Benz S-Class and BMW 7 Series. With ultra-luxury ambitions in mind, it retails for Php 8,008,000, and it's for indent order only.

Should Genesis Philippines become a reality, the other two models are the G80, and the G70. The G80 is one size class smaller than the G90 flagship, and it's competing against the likes of the BMW 5 Series and Mercedes-Benz E-Class. As for the G70, it has a tougher crowd to please as it's up against the well-established BMW 3 Series, Lexus IS350, and Mercedes-Benz C-Class.

A coupe and a crossover will eventually (in the case of the crossover, inevitably) join the Genesis range. The latter was previewed in the form of the GV80 concept, shown during last year's New York Auto Show. As for the coupe, Genesis' Vice-chairman of research and development, Woong-chul Yang, told reporters that their first sports car is currently under development.

Due to high demand, Ford to build another 350 units of the GT

A total of 1,350 units of the Ford GT will be built after the company decides to extend production

Volkswagen to integrate interactive lighting system in vehicles to project information, communicate with other drivers

Genesis is teasing us with new midsize SUV called GV70

Will you choose the 2022 Kia Forte over a Civic or Corolla Altis?

The Kia Forte isn't exactly flying off dealerships, but a new look might change all that

With the northbound Skyway Extension now open, the steel ramp near SLEX-Alabang will be closed to northbound vehicles

Who wouldn't want a subcompact seven-seater with diesel power? That's what the Hyundai Alcazar has to offer