Cooler climes and the Baguio tradition

Besides the cool climate, there is no place like Baguio City. It is the most un-Spanish of the country's historical townships, having been a purely American colonial creation. Today as in 30 years ago, the complaints of the regulars come summer and Christmas season are echoes of the past; the greatly reduced pine cover, the loss of pine scent, the traffic, the crowds, the stench of diesel, the lack of water, the lack of parking, the price of strawberries and grass brooms in the must visit Baguio Market, the helter skelter zoning, Kennon road diversions, last storm season's road cuts/landslides and the long traffic queues on Kennon Road going into the City, sometimes taking 2.5 hours to get to city center from the Kennon exit toll gate just before the Zig-Zag.

Imagine today's Zig Zag as just a narrow 2-way winding lane, with hairpins and undulating, paved with patchy tar and aggregate, and you get a picture how it looked like 30 years ago. The Black Mountain mining company near the Kennon Road Baguio bound exit toll gate along the Bued river was quite busy then. During landslide prone seasons, trucks, buses and motorcycle would be diverted away farther north to Bauang, La Union to take Naguillian Road.

Baguio at its apogee

1988, 2 years before the catastrophic magnitude 7.8 earthquake, was essentially the decade of Baguio. The travel ban of 1972 of Martial Law, caused a mad rush to Baguio as the elite dusted off their matriarchal mansions and estates around Forbes park Forest along Leonard Wood and Teacher's Camp, to host their friends and their friend's children. In 1988, Baguio's prime hotels, Pines on where SM Baguio now stands and Hyatt Terraces on Outlook drive beside Camp John Hay, an R&R US Air Base, had bustling Casino's. Hyatt then was also exploring the marketability of apartels or serviced condominium apartments.

Smaller hotels like Inn Rocio, Nevada and Milton were fully booked weeks on end. The main drag was still Session Road and big concert events were staged at the Baguio convention center. Local and Olongapo bands played in music bars on the side streets of St. Louis university beside Session Rd. and saloon type joints like the High Chaparral on the way to the unfinished Marcos Highway and Crystal Caves were always packed. 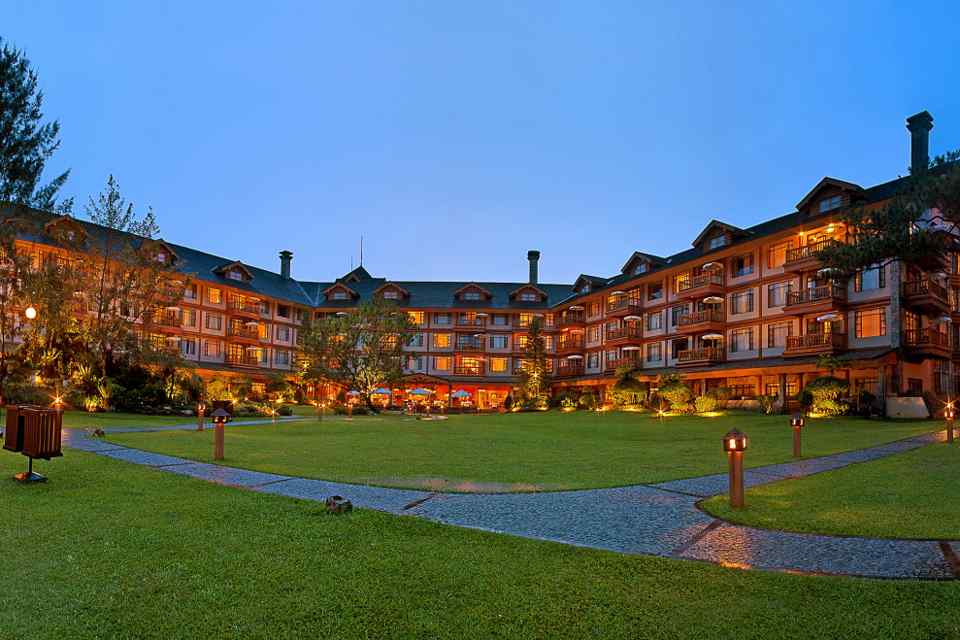 Cafe Amapola, in a pre war art deco building, with turn of the century furniture and Machuka tiles was Session road's take on the artist cafe scene. The Benitez's original Mario's, also on Session Road, known for its Caesar Salad and Mango Jubilee, always needed bookings in advance.

In 1988, access by Filipinos to Camp John Hay's R&R facilities like bowling, night time show bands at Halfway House, bingo nights at the Officer's Mess hall and steaks/chops/burgers diner food at the 19th tee were eased by the American military. But the genuine oasis of calm and hushed murmurings of the aristocracy was the pine clad and exclusive Baguio Country Club with its charming 1905 log cabin club house.

In those days, one would find cement roads quite rare in Baguio City. Today's wide concrete avenues like Gov. Pack Road, Kisad Road, Upper Session Road, Leonard Wood and winding Outlook Drive and South Drive were the typical tar and “blast” aggregate [dynamited from nearby mines] pavement found all over Baguio, essentially the same kind of road paving Col. Kennon and his pack mules and Japanese conscripts used when building Kennon Road in 1902. They looked crude with shiny patches of tar, that melt when the sun raises ambient temperatures to 26deg C and with sharp edge coarse aggregates sticking out, but they had deeply cambered banked curves and high crown centers to ensure drainage.

This is a must as Baguio and the 5-province Cordillera region, has the highest average annual rainfall and is the wettest part of the country. Cornering on Baguio asphalt produced a high pitched screeching noise even when one is just doing 20 or 30km/h around serpentine roads like Outlook drive that lead to the Hyatt.

Rail journeys and a Spa

1988 marks 19 years since the last PNR railroad trip to Baguio. Since the main railroad line kept to sea level at San Fernando station in La Union, passengers were bused by PNR's [BAL]Benguet Auto Line from San Fernando to the big art deco BAL terminal [now a huge Caltex forecourt ]near the entrance of Camp John Hay. What is little known is that the original MRR [Manila Rail Road] rail right of way still exists with some tunnels dug and existing. The railroad alignment shadowed Naguillian road, at a steady gradual gradient suited for locomotives. Starting from Bauang, La Union, the Asin Road, ran parallel to the Spanish era [Naguillian] donkey trail used by friars to supply convents in Baguio. With the death of the railroad, Asin Road was better known for its mountain sulfur springs with claimed healing powers.

Baguio environs and beyond

Adventures beyond Baguio City, like the world famous Banaue rice terraces and a quaint “Episcopal” mountain village called Sagada had long unpaved roads as access so booking a bus ride was better than battering the family car. Closer to Bagiuo were the beaches of Poro Point, La Union and San Fabian, Pangasinan. Nearby Trinidad valley, known for its vegetables and strawberries, is even older than Baguio City and was where the Spaniards established a cantonment. An annual event that attracts its fair share of attendees is the PMA [Phil. Military Academy] graduation in Fort del Pilar. 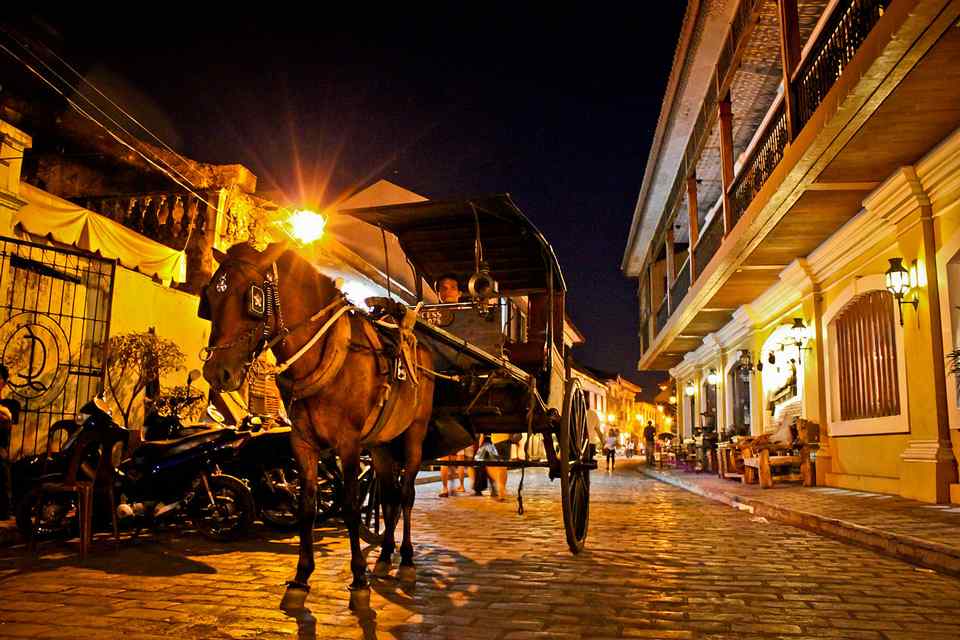 Unsure of the level of amenities we would find in nearby Region 1 or Marcos country [provinces of Pangasinan, La Union, Abra, Ilocos Sur and Ilocos Norte] we decided to drive round trip Baguio to Laoag, Ilocos Norte, a total of some 480kms. There was still no Pagudpud viaduct nor Bangui windmills to visit although Ilocos Norte had the memorabilia of the Irene Marcos-Greggy Araneta wedding of 1984, along with the earthquake damaged churches that occurred right after it. Being a Marcos bailiwick, we wanted to also visit the shrines and palaces the former President left behind when he and company were spirited out by the US Air Force to Hawaii a year before.

The slow and ponderous W123 diesel was our tour “bus” for the day. Though there's not much that can be done about its 1,500kgs and 80hp, I was surprised that traveling the Ilocos portion of the Manila North Road, there was no need for massive full throttle and aggressive overtaking. On pavement that was exquisitely maintained, as if it was in an OECD country, traffic was light. Zoning restrictions prevented commercial markets from encroaching on the main roads and unruly tricyles, the irritant on the Pampanga to Pangasinan portion of the Manila North Road, were few and well behaved. It was like a Philippine Driving Utopia; pedestrians walked facing traffic, bicycles and karts crossed the road at the right places.

Not surprisingly, the hardy and thrifty Ilocanos are no strangers to Mercs and one never felt disdained just because we were driving the car brand of the elite, past and present. We took in the sights of Vigan, which was still to be discovered by the UN as a place worthy of historical preservation. Marcos monuments in Ilocos Norte, like the man-made lake of Malacanang ti Amianan [Malacanang palace of the North] and Fort Ilocandia hotel which housed the guests at the Irene-Greggy wedding were still fresh and were being maintained by volunteers and donations, as the new government confiscated the Marcos treasures and cut off any maintenance funding. In Ilocos, the locals loyalty to the Marcos clan was not so much the wonder but rather how such great tasting cuisine could come so cheap. 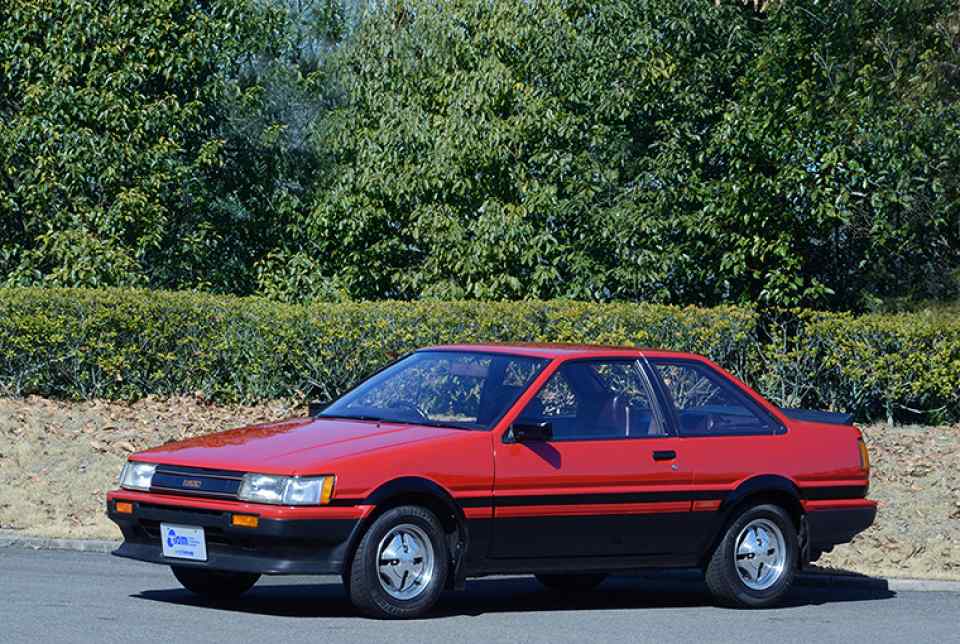 Other noteworthy Highlights from 1988

At around this time, there were murmurs of new beach paradises in Puerta Gallera and Mamburao an island hop away at Mindoro. And farther into the Visayas, the back packer's powder sand beach secret, Boracay, just gained a Club Panoly. Queen City Cebu, which always prided itself in NOT doing things the Manila way and blessed with great regional air connections, were pulling resort seekers to the beaches of nearby Mactan island. Through Marcos cousin Michael Keon, Motorsports survived under the Alcogas program and by heavy support from Marlboro. The flag offs to the usual Rallye stages to Talisay, Batangas and Pantabangan, Nueva Ecija were either from the Rizal theater in Makati Commercial Center or from the Greenhills Theater.

Rally cars then were mostly 2 and 4-door Isuzu Gemini and E70 4-door Toyota Corollas. Jinggoy San Diego had yet to import the Subaru Legacy and the Lancer Turbo, predecessor of the EVO that he would be famous for. Dante Silverio had also invited a couple of Japanese friends who were shipping in their AE86 Trueno 2 doors to do battle. The country still didn't have a dedicated racing circuit. Filipino staples for vacationing abroad was a toss up between Hong Kong [for shopping and mild winter weather] and the US West Coast [LA, SFO, bonding with friends and expat relatives] but around this time, they were discovering somewhere, kinder, cheaper though not as cool – Bangkok.

The more things change, the more they stay the same? Perhaps. Thirty years ago, the political instability of the People Power regime was to take its toll on the economy even more, as coups, counter coups and natural disasters pummeled the Philippines. The rebuilding and the catching up had its starts and many reverses. It has taken a lot of time for the country to catch up, but perhaps it was for the better, for as they say time heals all wounds. Really? One thing for sure, if one loves motoring, there will never be any excuse not to enjoy it, all the time, any time, anywhere.

Back to school traffic blues

As the School season resumes, the authorities are being forced to take decongestion measures to the ultimate severity.