With these changes set and Nico Rosberg retired, the championship for both drivers and manufacturers is anybody's guess.

As mentioned, the cars will be significantly different from last year's models. Starting with the nose, it is 200 mm longer than the 2016 cars while the width of the front wing bumps up from 1650mm to 1800mm wide. A new rule also states that the car cannot exceed the maximum 1800 mm width for its entire length. The rule also states that the width of the new cars should not dip below 1,600mm.

Moving to the rear, the wing is not only wider but is also set lower as well. The new rear wing now measures 950 mm, 150 more than the 2016 race cars. A new rear diffuser also allows for more adjustability. Also, the side pods have been replaced with larger turning vanes for extra downforce. As previously reported, the tires will be much wider for the 2017 season. Front tires now measure 300mm while the rear measures 400mm.

Weight of engine components and the power units now have minimum regulations as well. The power units, dubbed MGU-K and MGU-H can be no less than 7 kg and 4 kg respectively. Minimum weight for the pistons is 300 grams, 300 grams for rods and 5.3 kg for the crankshaft. Drivers are only allowed to use up to four power units for the season. The token system has also been abolished, leveling the playing field for development.

A new fuel supplier was tapped for the 2017 season. BP, formerly known as British Petroleum, replaces Shell as the official fuel of the sport. Formula 1 has also introduced a new rule regarding fuel selection. Each team is only allowed five fuel blends for the entire season and only two on any race weekend. In the past, teams can switch blends anytime with no limit.

2017 also sees a significant shuffle in the driver lineup. Here is the official driver roster for each of the teams, along with their new cars. 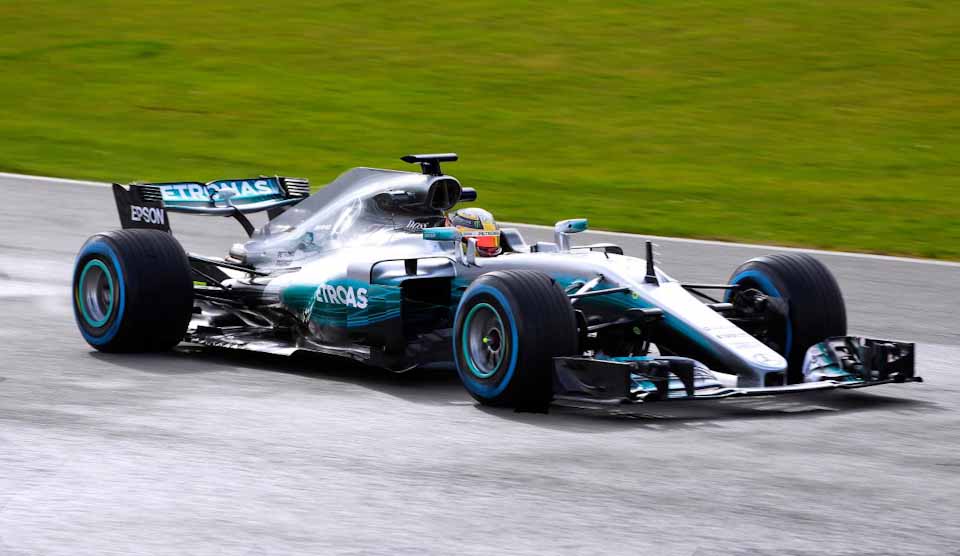 Mercedes-AMG was dominant last year, clinching the manufacturers title before the season ended. With 765 points by the end of the year, they were 297 points ahead of Red Bull Racing. Despite that, Mercedes-AMG wasn't immune to the sweeping changes the year is seeing so far.

With Nico Rosberg's surprise announcement, the defending manufacturer champions were forced to find a second driver to fill the seat of the second Mercedes. After months of searching for a new driver, the team welcomes Valtteri Bottas as Lewis Hamilton's team mate. The team will be defending their title with the all-new Mercedes F1 W08 EQ Power +. 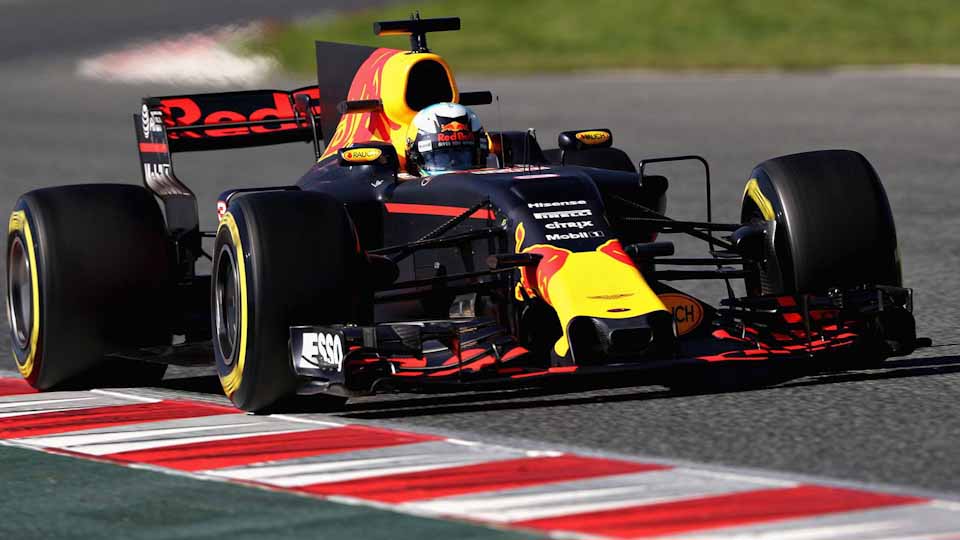 For 2017, the Austrian team is quieter than they were last year after Daniil Kvyat and Max Verstappen switched seats from Toro Rosso. 2016 was also the year Red Bull Racing returned to form with Verstappen getting his first win during last year's Spanish Grand Prix and Daniel Ricciardo ending his winless streak in the Malaysian Grand Prix.

The team retains their driver lineup for the 2017 season. Ricciardo and Verstappen will be gunning for the title with the newest car to come out of Milton-Keynes, the RB-13. 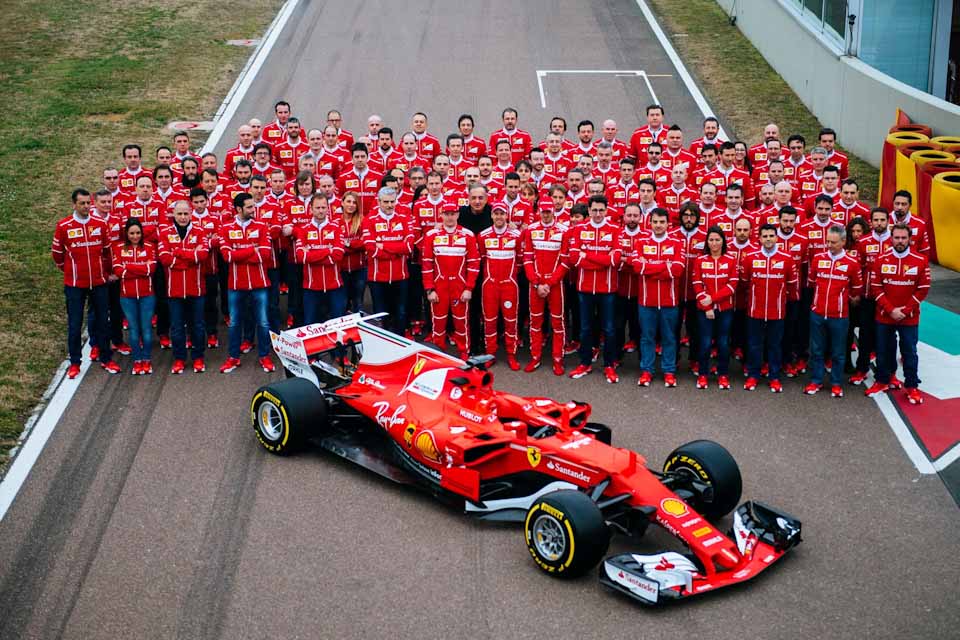 Like Red Bull Racing, There aren't any significant changes to the team. Sebastian Vettel and Kimi Raikkonen will continue driving for the Prancing Horse and are hoping to improve their third place standing in the manufacturers cup.

However, there are technical changes being made in the powertrain of their newest Formula racer. Codenamed Project 668, Ferrari is looking into 3D printing technology when it comes to building some engine components. The SF70H features a Turbulent Jet Ignition System has also been revamped for 2017 in a bid to make Ferrari a serious contender in the title. 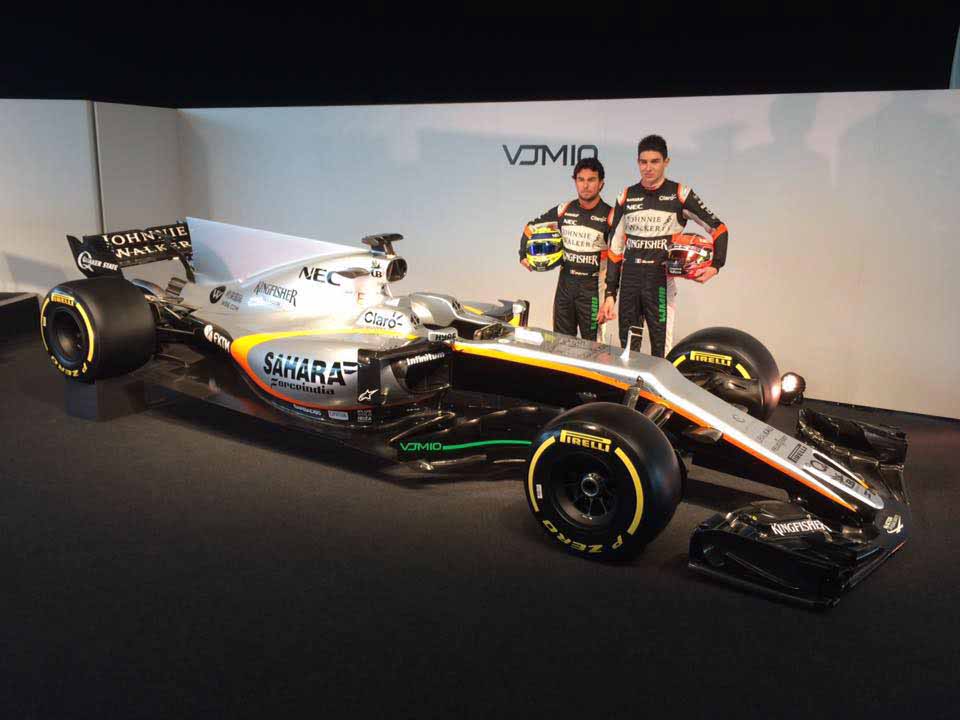 Sergio Perez keeps his seat with the team but Nico Hulkenberg moves to Renault. Taking his place is Esteban Ocon, formerly a part of the recently closed Manor Racing Team. Ocon, under the wing of the Mercedes-Benz young driver program, will be racing his first full season in the sport. 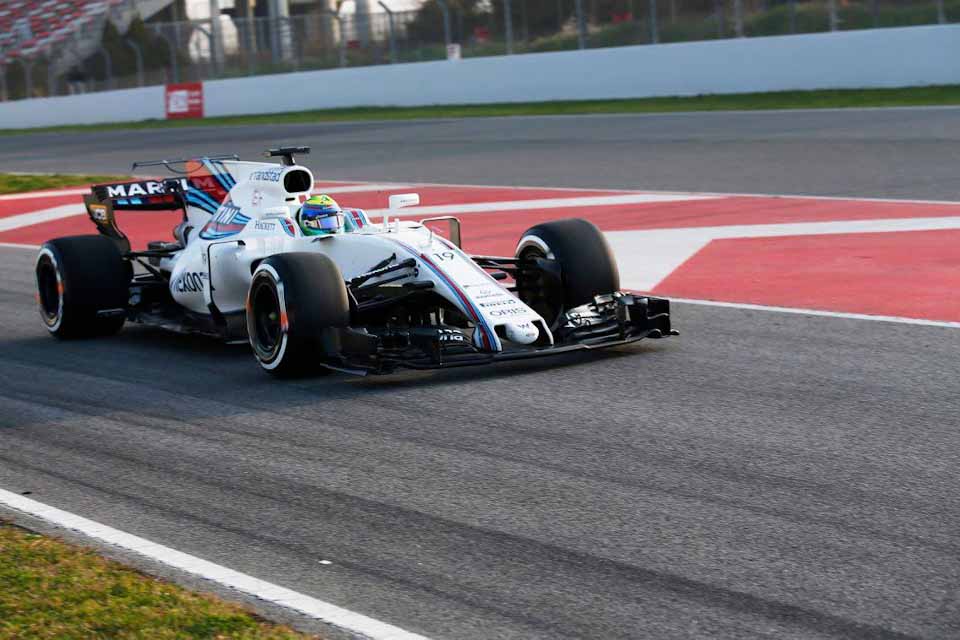 Despite points scoring finishes and a podium from Valtteri Bottas, Williams was only able to muster fifth overall in the manufacturers cup. Felipe Massa also announced his retirement from Formula 1 later in the 2016 season and was priming Bottas and rookie Lance Stoll for the 2017 season.

At the 11th hour however, Bottas signed up with Mercedes-AMG, leaving one seat vacant for the team. With that, Massa returns to the team for one season to help groom Stoll for future races. With Williams celebrating 40 years in the sport, the team has named their 2017 racer the FW40. 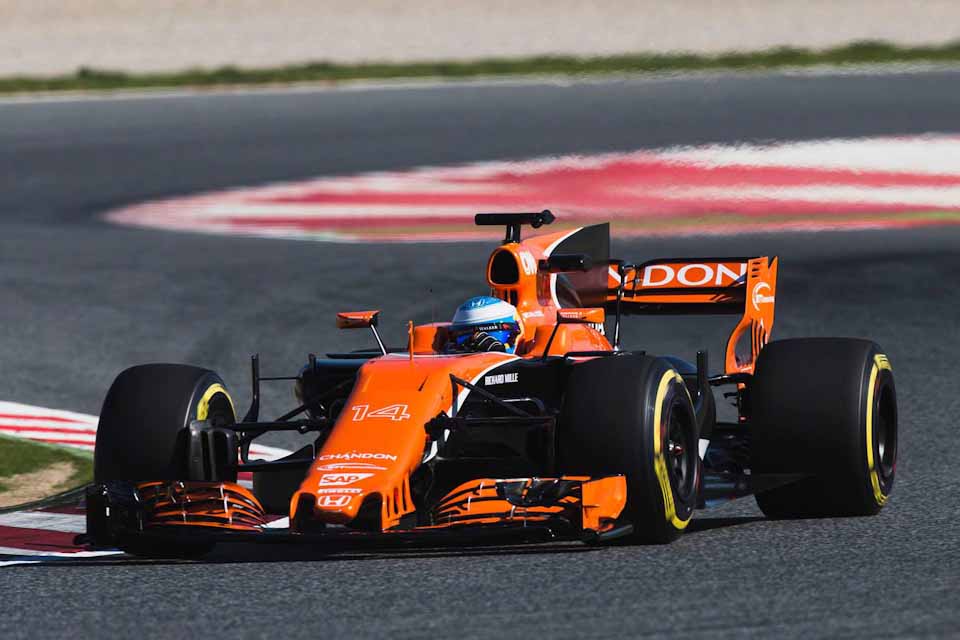 McLaren-Honda was not without their problems last season but the team performed substantially better than in 2015. Last year, McLaren Honda had a sting of top ten finishes but were still stifled with reliability issues, particularly with the power units. With ten points scoring finishes from Fernando Alonso, seven from Jenson Button and one from Stoffel Vandoorne, McLaren-Honda finished sixth in the manufacturers cup.

Button has since retired from Formula 1 and taking over is Vandoorne. Formerly a test driver, his performance during the 2016 Bahrain Grand Prix was enough for him to be promoted to a full-time drive. Fernando Alonso meanwhile will continue driving for the team. 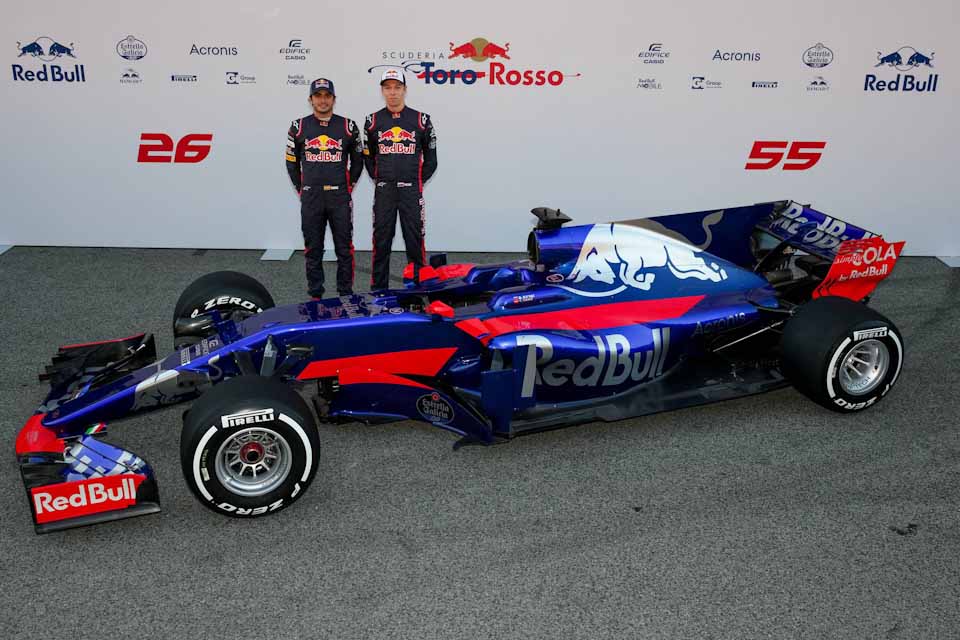 Toro Rosso initially started 2016 strong but faded by the second half of the season. Kvyat returned to the team after he and Verstappen switched seats with the latter moving to Red Bull Racing.

Like Red Bull Racing, Toro Rosso enters 2017 without much changes. Kvyat and Carlos Sainz Jr. will continue driving for Toro Rosso. The duo will be driving the STR12. 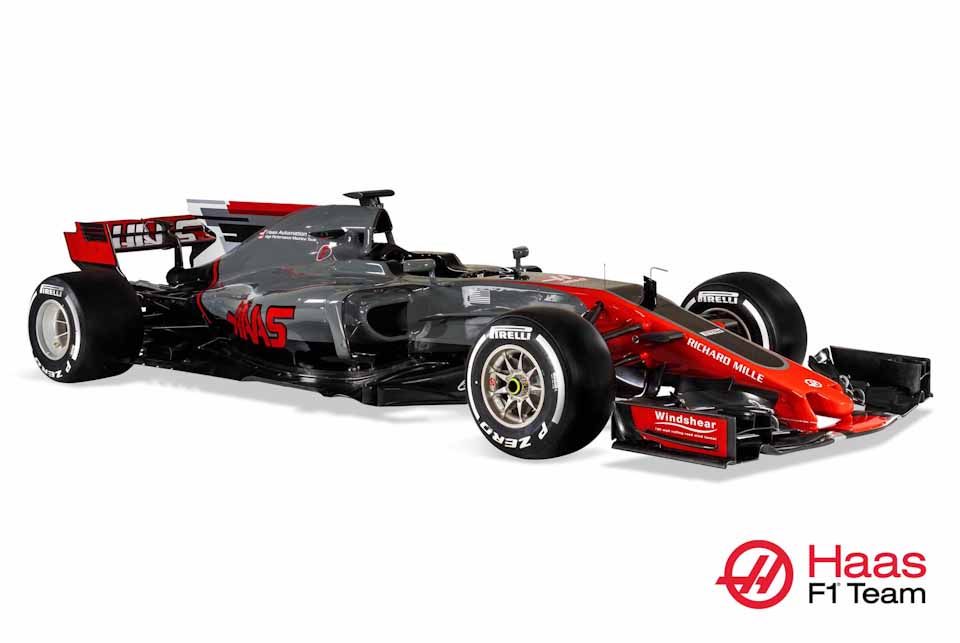 For a first year team, Haas performed well despite teething problems. Romain Grosjean was able to give the team valuable points with five top ten finishes. With his performance, Grosjean keeps his job at Haas.

Booted out of Haas is Esteban Gutierrez and the tension hit its boiling point during the Brazilian Grand Prix. With Gutierrez out, Kevin Magnussen leaves Renault to join the lone American team in Formula 1. Haas hopes to rack up more points with the VF-17 and move up the constructors championship this season. 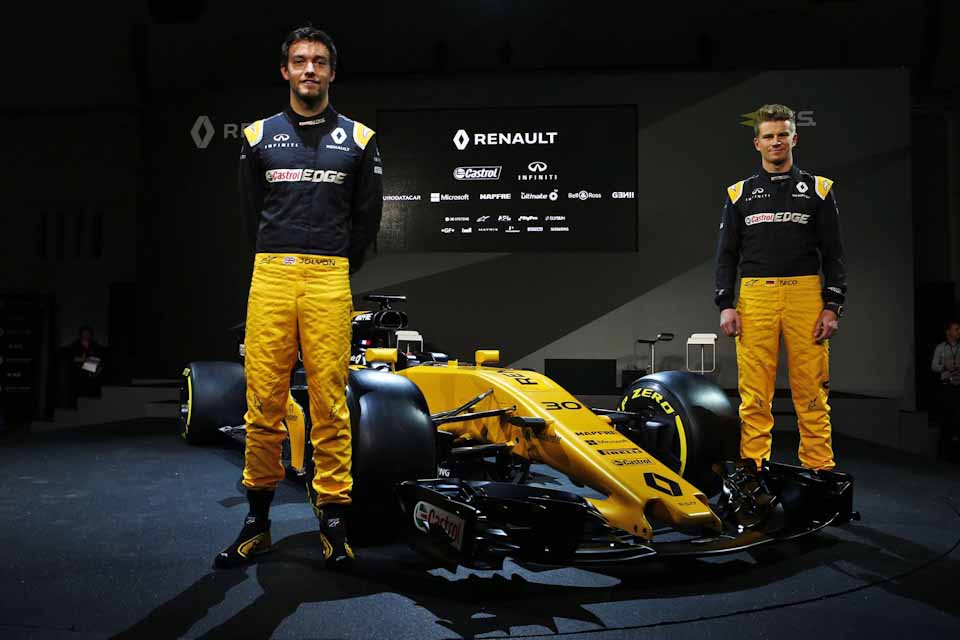 Like some teams, Renault has also announced a driver change for the 2017 season. Sophomore driver Jolyon Palmer keeps his seat at Renault. Kevin Magnussen however moves to Haas-Ferrari and taking his place is Force India-Mercedes driver, Nico Hulkenberg.

The Renault F1 team is aiming to improve on their standing from last year. During the 2016 season, the team finished the constructors championship in ninth with eight points from Magnussen and Palmer. Renault says they are now gunning for a top five finish in the constructors title. Helping them to get there is the RS17, dramatically altered to suit the new regulations of the season. 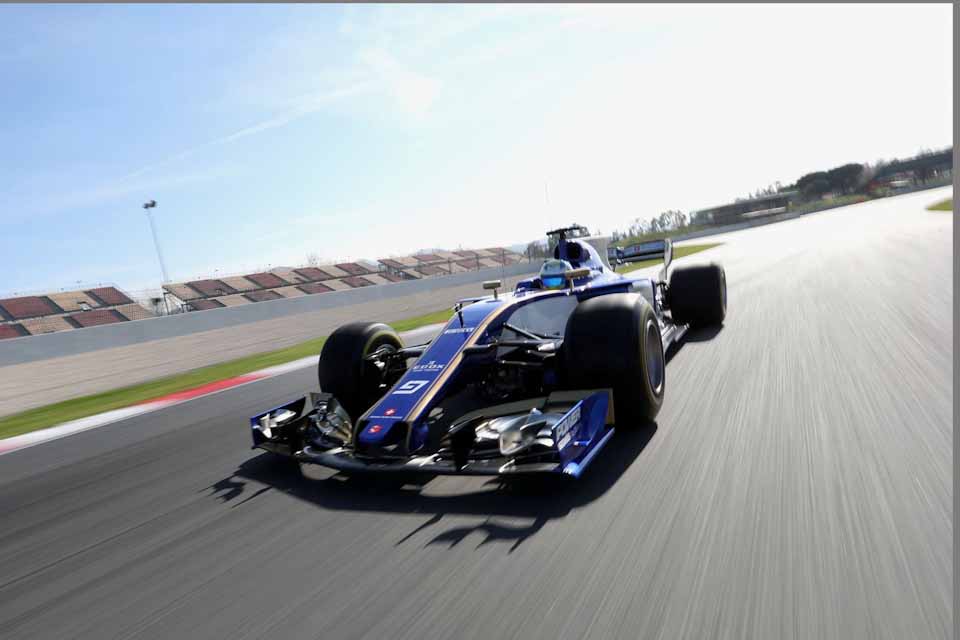 Sauber had a rough season last year, getting only two points and finishing tenth in constructors championship. Aside from the rule changes that have changed the car's aerodynamic package, the team has also made a driver change.

Felipe Nasr is out as Pascal Wehrlein takes the second seat in the team. Marcus Ericsson meanwhile will continue to drive for Sauber. Sauber also believes that their new car, dubbed the C36, will help them get more than two points and dramatically improve their performance from 2016.

Just a few weeks from now, the eleven teams will line up on the grid at the Australian Grand Prix. With the new regulations in place, the 2017 Formula 1 season is shaping up to be an exciting year in motorsport. The first race of the season starts on March 26, 2017.