This year's Macau Grand Prix went down in history as one of the most dramatic conclusions in its 53 year history. The finish was reminiscent of the 1990 race when Michael Schumacher and Mika Hakkinen took each other out during the race for the lead. This year's winner was Daniel Ticktum, racing for Motopark in the European Formula 3 championship. 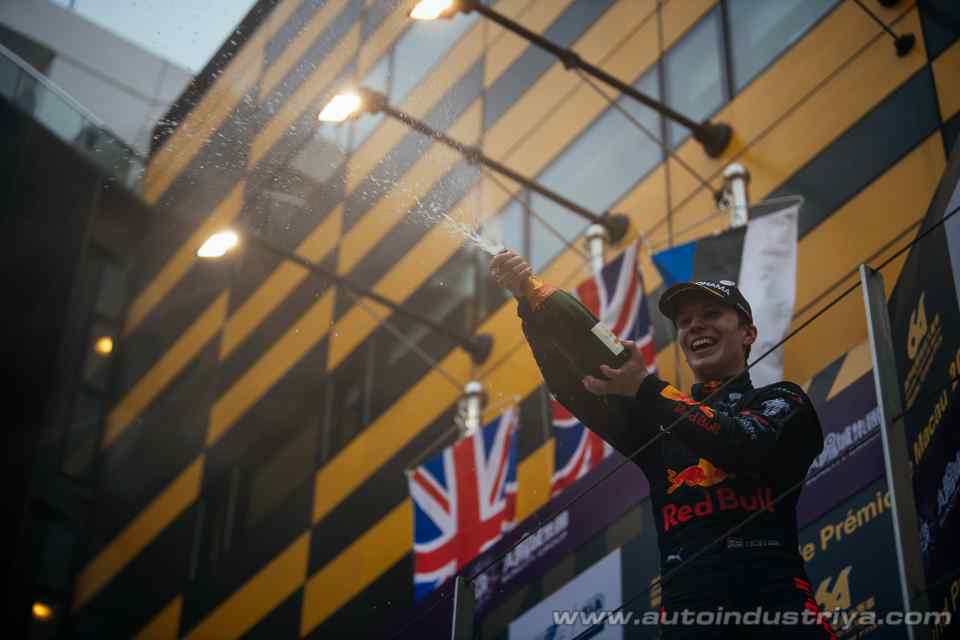 For this year's Macau Grand Prix, the top five drivers were separated by just a little over half a second during qualifying. The gap between the polesitter and the fifth place driver was just 0.525 seconds. Taking the first slot on the grid was Joel Eriksson with a time of 2:10.720 pipping Lando Norris by a mere 0.024 seconds. Norris set a time of 2:10.744. 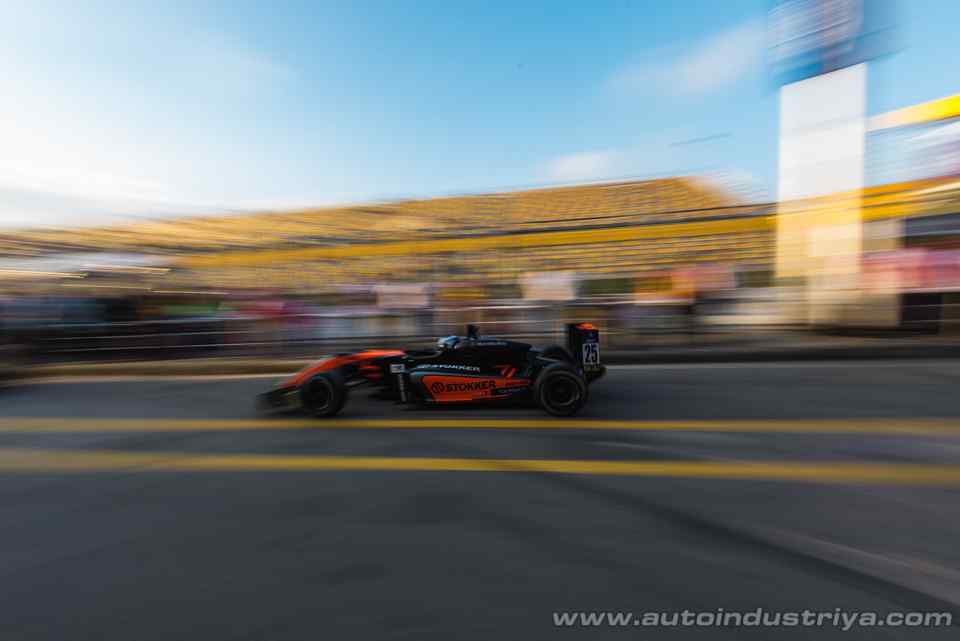 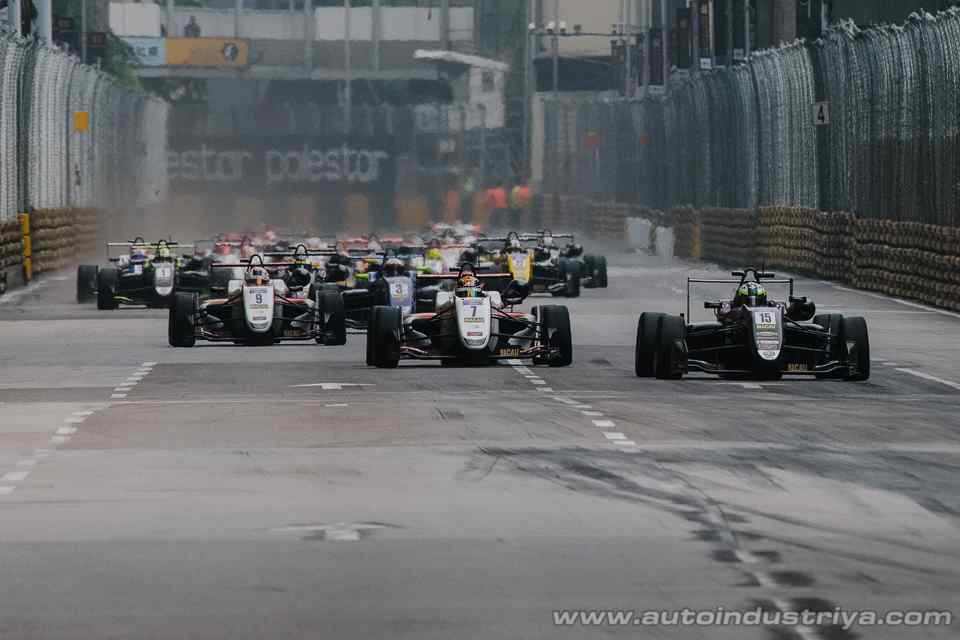 Joel Eriksson made the most of his pole position my making a strong launch off the line. The same couldn't be said for Lando Norris, who fumbled with his start and was quickly passed by Callum Illot. Norris lost even more track position when he was overtaken by Maximilian Gunther, who was carrying much more momentum through the straights. With Norris' slow start holding up a majority of the drivers, Eriksson was over a second ahead of Illot by the end of the first lap. 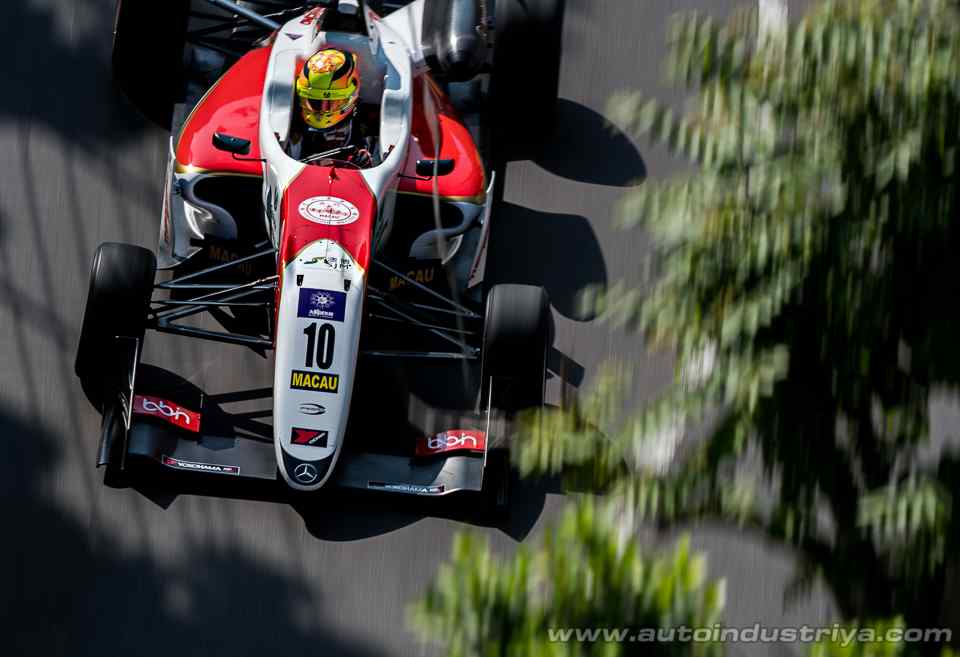 Despite starting in the middle of the pack, Mick Schumacher was making steady progress around the tight Guia circuit. Unfortunately, a brake lock-up would force him to drive through the run-off area, losing valuable position. Also moving up the field was Sette Camara, snatching fourth from Ferdinand Habsburg then passing Gunther for the podium. Norris on the other hand was moving backwards through the grid quickly, unable to recover from his slow start. 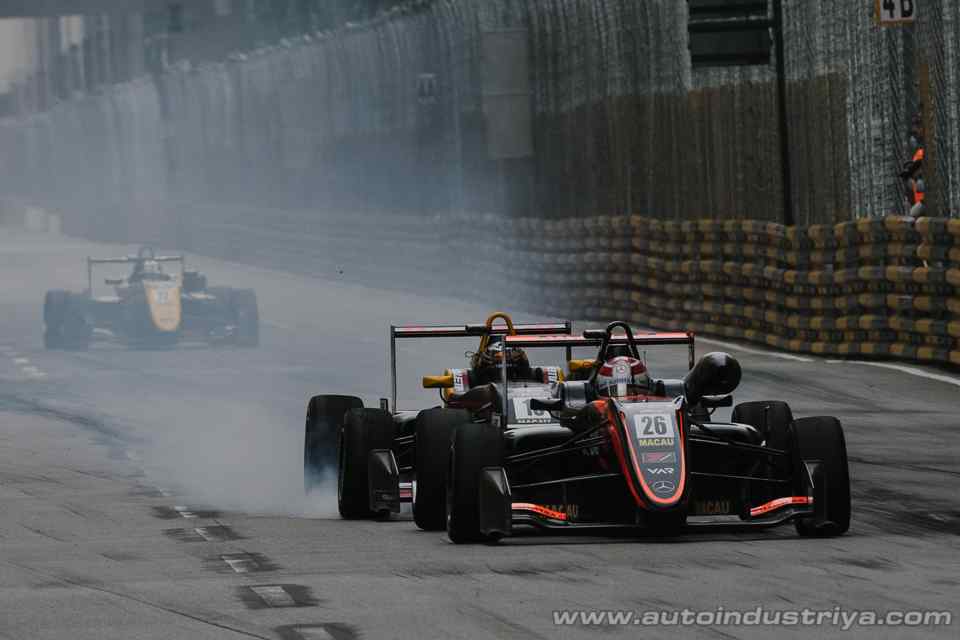 Towards the latter half of the race, Illot began reeling in Eriksson's substantial lead, setting times consistently faster than the leader. With worn tires, Eriksson struggled with handling and Illot was close to the rear wing of the leader with just a few laps remaining. Illot on the other hand was able to conserve his tires and made a run for the lead at the Lisboa corner. Eriksson went on defense by hugging the inside line but Illot carried more momentum and, thanks to more grip, made the daring pass on the outside.

With the pass done, Illot left Eriksson far behind and the latter came under increasing pressure from team mate Camara. With three laps to go, Camara stuck close to Eriksson as he tried to go around the outside or outbraking in tighter corners. As the two fought for position, this allowed Illot to cross the line over eight seconds ahead of the Motopark cars. Eriksson was able to hold off Camara to keep his second place and Camara brought home third. 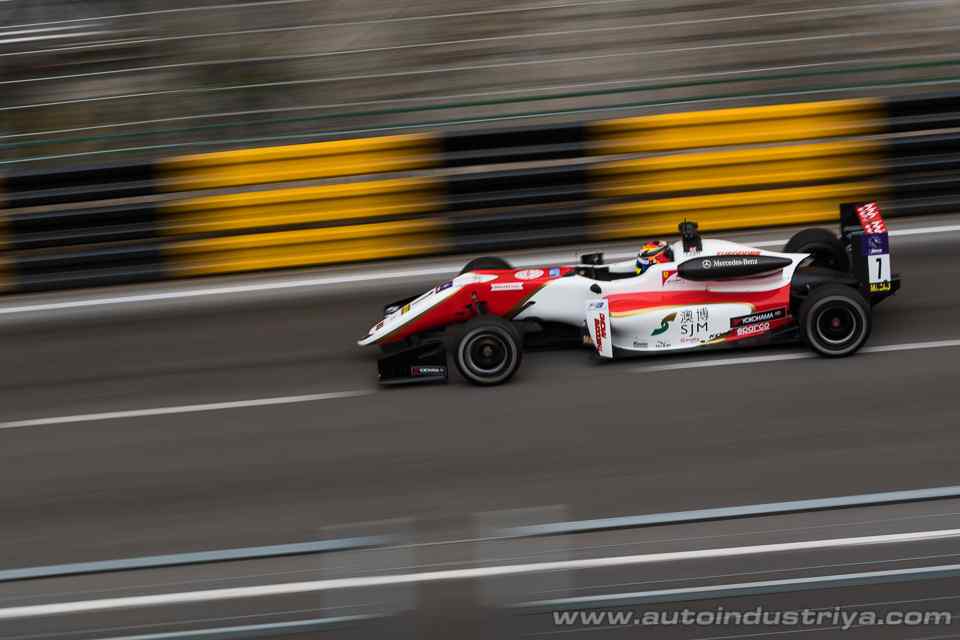 With his win in the qualifying race, Illot started on pole position with Eriksson alongside him. Upon launch, the two were neck and neck with Eriksson following the slipstream of Illot. With a good run, Eriksson was able to pass Illot but the pace was slowed down when Marino Sato crashed in the Fisherman's bend, bringing out a full course yellow flag situation. The green flag was waved when the stricken car of Sato was cleared.

When racing resumed, both Illot and Eriksson made slow getaways. The two then got into contact with each other with Illot turning in early, snagging the front tire of Eriksson. Eriksson came off worse and was forced to retire from the race. Illot was also forced to slow down due to damage. This allowed Camara to take the lead with Gunther and Habsburg in tow. Unable to limp his car back to the pits, Eriksson had to stop his car at the San Francisco Hill. This brought out the second full course yellow flag. 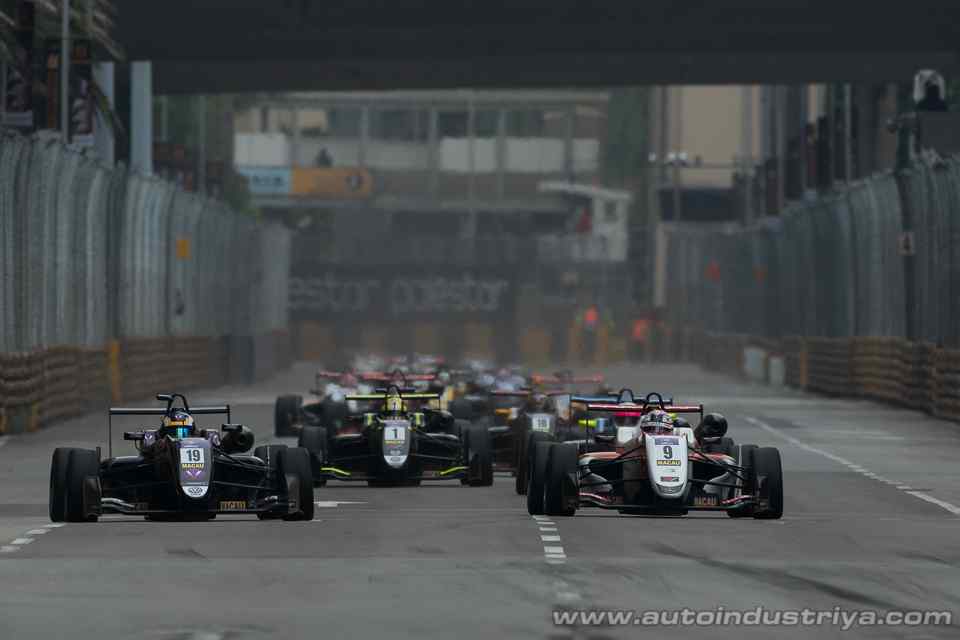 Racing restarted on the seventh lap and Gunther's slow start help up the pack, allowing Camara to run with a substantial lead. Gunther was now under attack from Habsburg and was eventually able to pass him. There would yet be another crash when Delvin DeFrancesco slammed into the barriers at Lisboa. With the damaged car out of the racing line, there was no need for the race to be slowed down again.

Habsburg set his sights on taking the lead away from Camara and eventually reduced the latter's two second lead. At the same time, the fight for third was heating up with Daniel Ticktum putting pressure on Norris. He took advantage of the four-way fight between him, Norris, Gunther and Ralf Aron. Thanks to slipstream, Ticktum gained a lot of momentum and allowed him to drive past the three to take third. 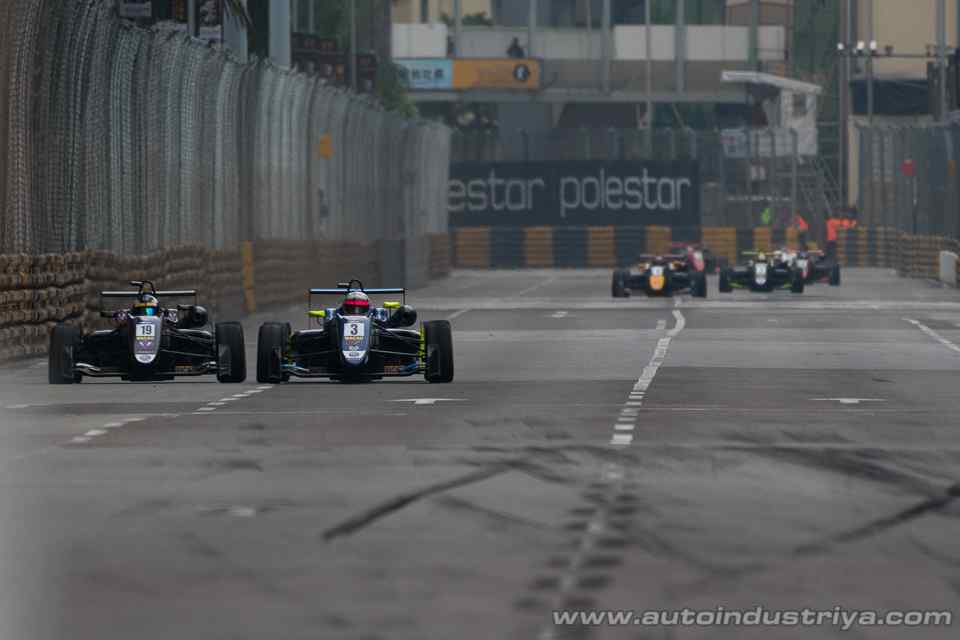 On the final lap, Camara and Habsburg were neck and neck with the leader (Camara) going on full defense. There were several passing opportunities for Habsburg but Camara kept hugging the inside line and kept forcing Habsburg to take a slower line. However, a strong drive through the penultimate corner, along with the help of slipstream, brought Habsburg into the lead heading into the final corner. Camara then lost control of his car, spearing straight into the tire barrier. 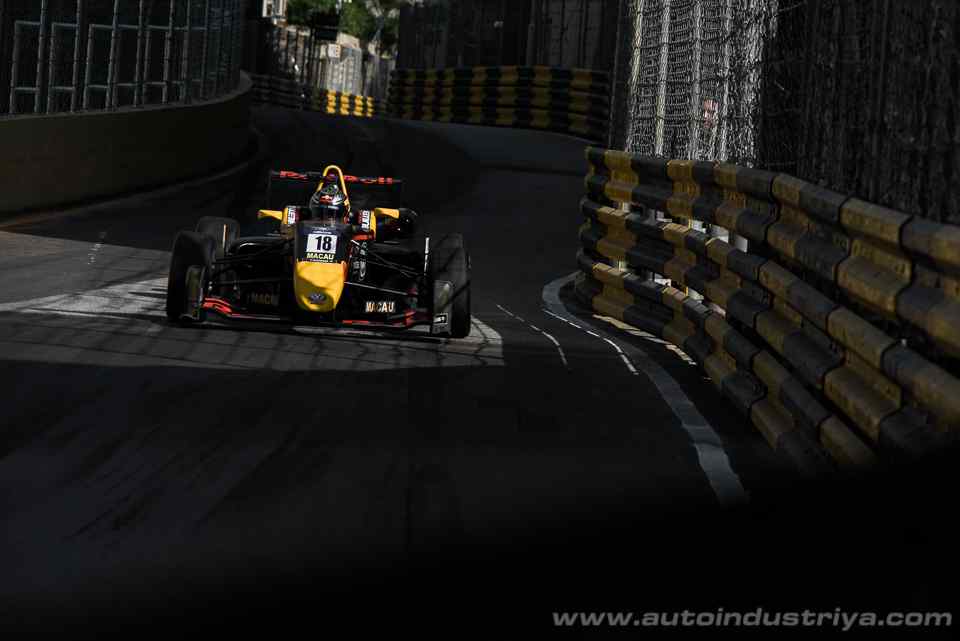 Just as when the race appeared to have been won by Habsburg, he too crashed into the barrier, taking out a wheel. With the top two out, Ticktum drove past the two and avoided the debris to take the win. Norris and Aron also had to take evasive action from a spinning front wing to take second and third respectively. Despite the heavy damage, Habsburg was able to limp his car into fourth place and was visibly upset when he crossed the line. Rounding up the top five was Gunther, several seconds behind the lead pack.