It was an eventful 2016 Macau Grand Prix weekend for Tiago Monteiro as he finally wins his first-ever Guia Race after several missed opportunities in what he considers a most 'elusive' race win. 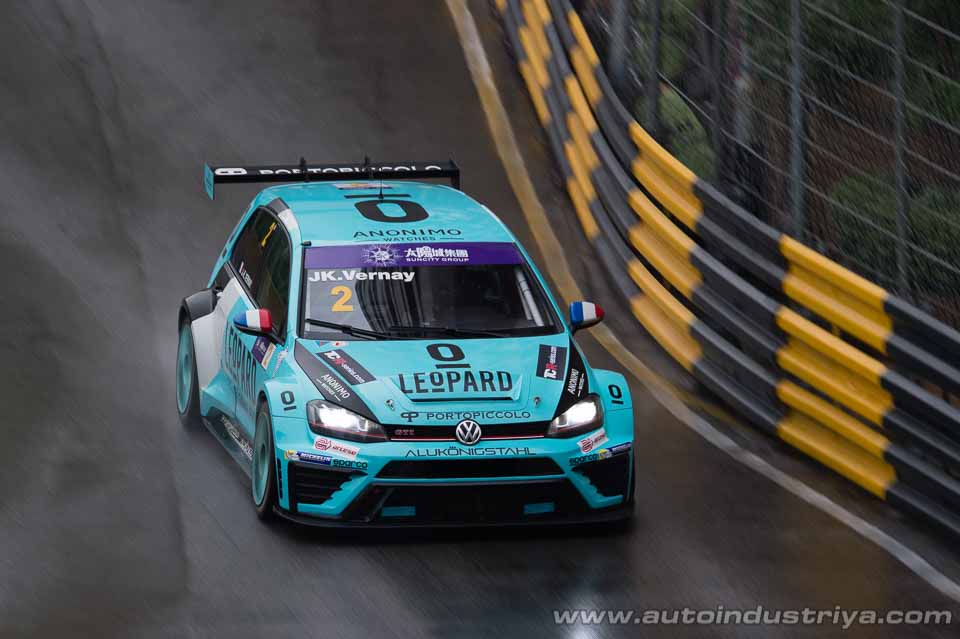 The final rainy qualifying session was dominated by Leopard Racing’s duo of Volkswagen Golf GTI TCRs driven by Jean-Karl Vernay and defending champion Stefano Comini. Vernay clocked 3:00.602 to take the pole position less than half a second ahead of Comini. Monteiro, who was out for his Guia Race 'revenge' drove the WestCoast Racing Honda Civic to third on the grid. Antti Buri clocked the best lap among the SEAT drivers in fourth. Despite setting the fastest lap in the first qualifying session, Craft-Bamboo driver Pepe Oriola only managed a 10th fastest lap in the wet second session.

It was a chaotic first round for the Guia Race as a first lap mayhem with three local drivers crashing into each other on the first turn. Making most of the grid start was Comini who took the early lead followed by Monteiro and Vernay. Morbidelli figures into a crash at Mandarin bend. A daring move by French driver Vernay saw him moving ahead of the Portuguese at the Lisboa bend, moving up to second. Nash recovers pace and climbs to fourth, ahead of Dusan Borković.

After the mayhem, race control decided bring out the safety car as Sergey Afanasayev headed into pits with engine problems. After two laps, the safety car gets pulled out with only seven minutes remaining on the race clock. 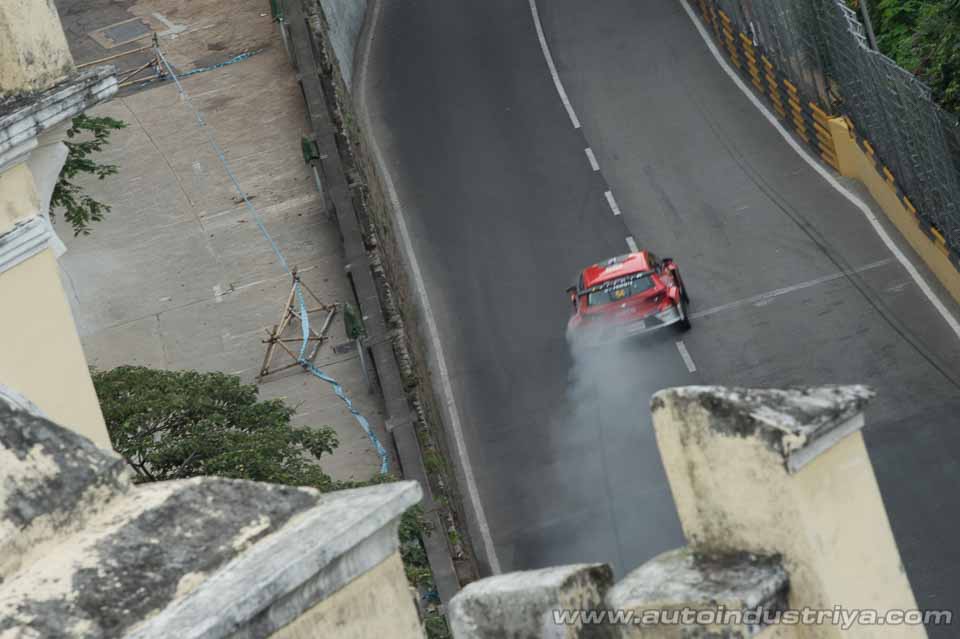 Championship points leader James Nash saw his title hopes crumble after he was forced to retire from the Race 1 due to a broken rear left suspension. This was after Mat’o Homola crashed his car into the barrier at the Lisboa after a daring maneuver on Borković on the outside line. His incident caused a massive blockage of the track leaving several cars stuck behind him. 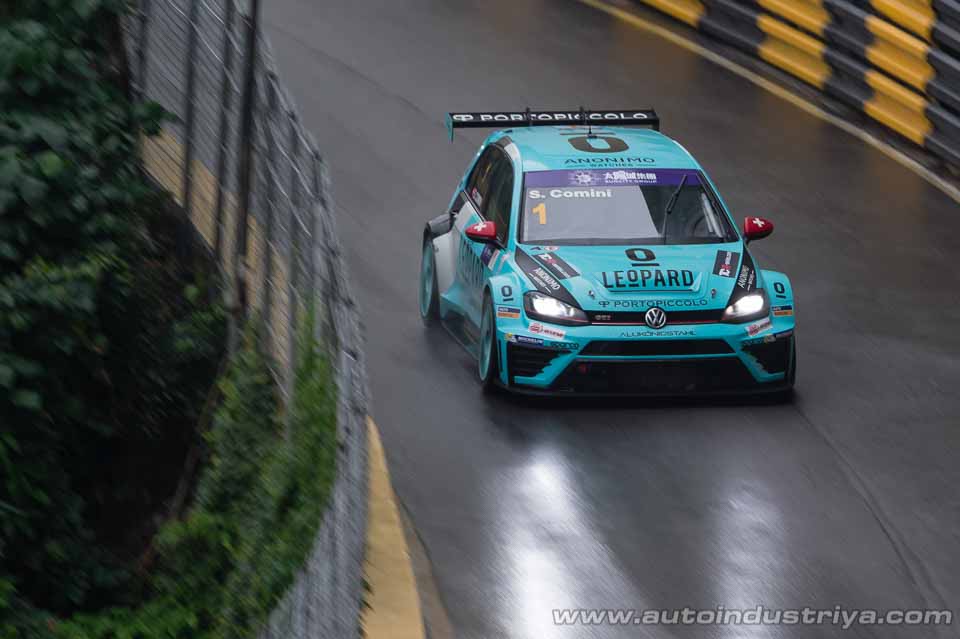 Considerably a big incident, forced officials to once again deploy the safety car; this time Comini leads from Vernay and Monteiro. As the next lap began, confusion ensued with the race ending without the checkered flag. The drivers resume under a full course yellow. 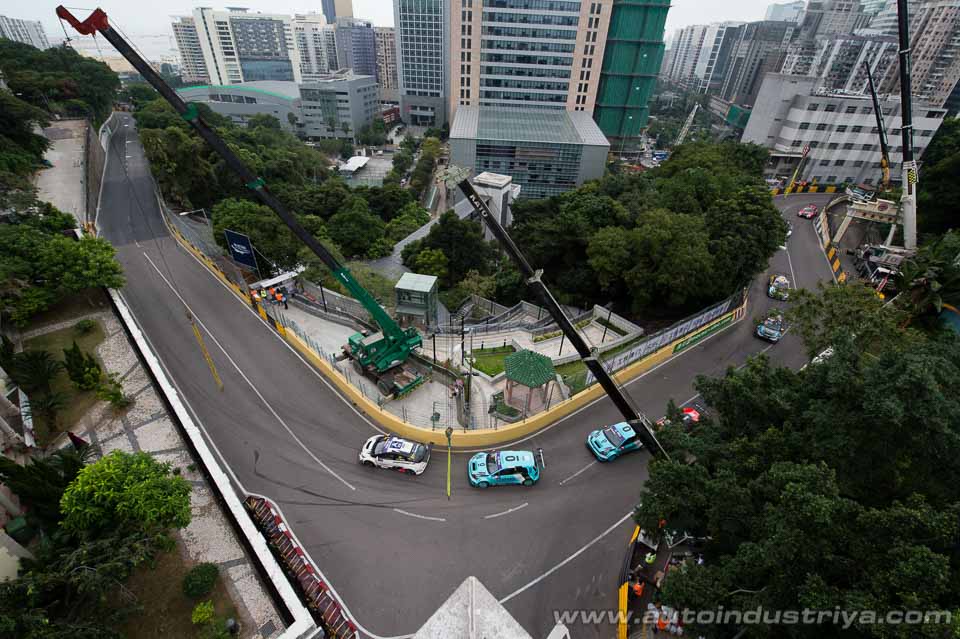 To keep James Nash’s title hopes alive, the Craft-Bamboo Racing team finishes his car in the nick of time to make it on the grid. In what appeared to be a committed move to score his first-ever win on the Guia Circuit, Monteiro dashed from second row start to the front the pack, ahead of Comini and Vernay. Borković and Oriola manage to follow in fourth and fifth. Half championship points were awarded to the shortened race. 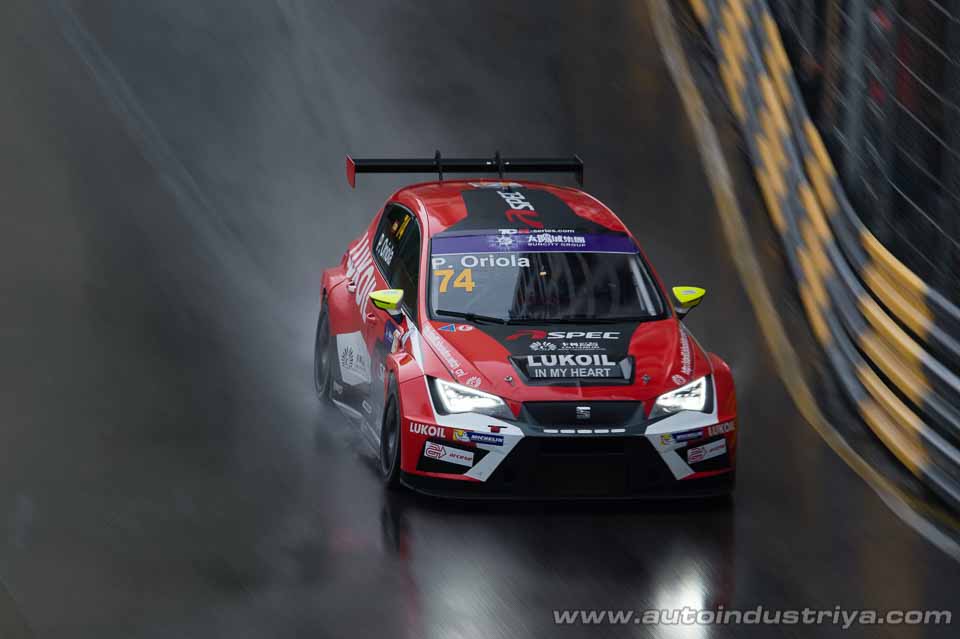 However, in a near repeat of the earlier contest, Race 2 proved to be just as chaotic as Sunny Wong crashed his car badly into the Police Bend, effectively blocking the track. The safety car was deployed and the race eventually suspended on the fourth lap. When racing resumed on the sixth lap, Vernay relentless worked to contest for a higher position from his Swiss teammate; eventually moving up the order to 2nd at Lisboa. Oriola would eventually be able to slip past Comini who seemingly drove a more relaxed pace as he had a clear championship title, having to finish only in 5th. 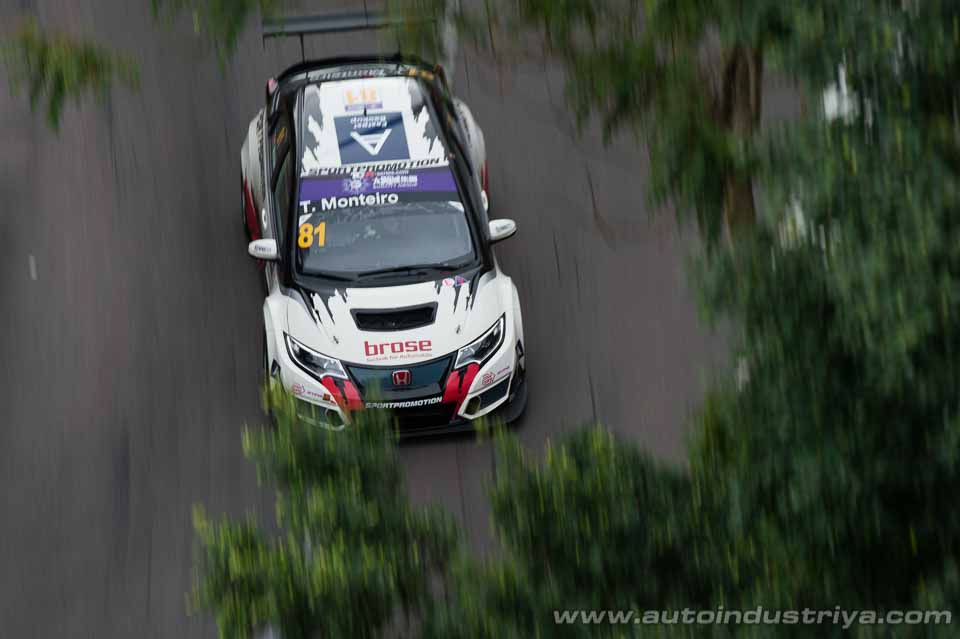 As the checkered flag dropped, Monteiro would win his first-ever Macau Guia Circuit title finishing ahead of Vernay and Oriola. Comini cruised to a fourth place finish to win his second consecutive TCR Driver’s Championship title. Once again, officials ruled to award only half points due to the shortened contest.