From the start, Mercedes-AMG driver Edoardo Mortara made it clear that he was the man to beat in this year's FIA GT World Cup. Held in Macau, all GT series drivers from Asian and European championships went against each other in the challenging Guia circuit. 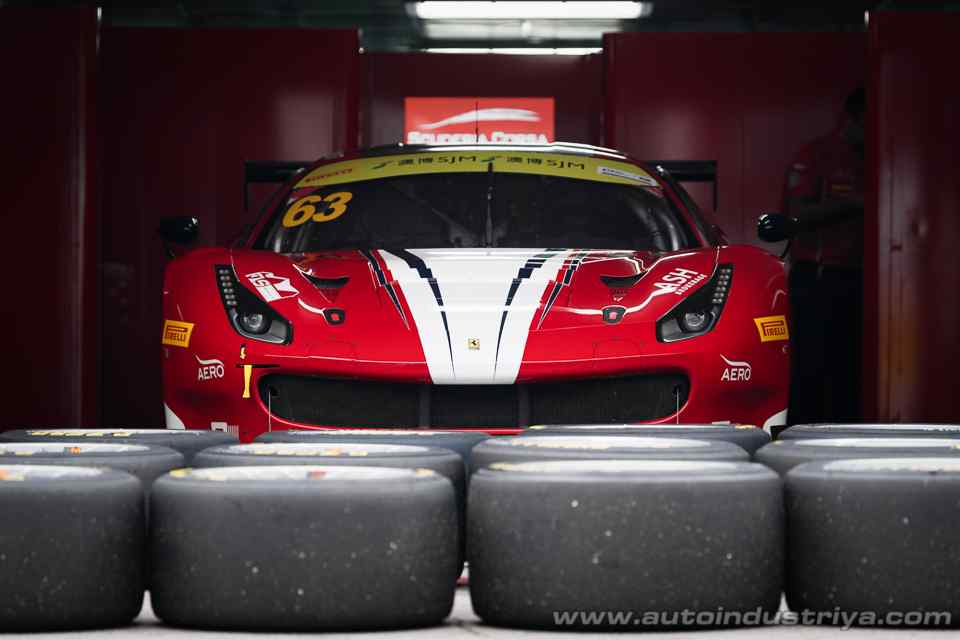 Mercedes-AMG occupied the first two rows of the grid with a strong showing from all their four drivers. Mortara would claim pole position after setting a time of 2:17.565, nearly three tenths a head of team mate Dani Juncadella. His best time of the session was 2:17.847.

Also with an AMG GT, Maro Engel clocked in at 2:17.946, and just a fraction of a second away was Raffaele Marciello, posting a 2:17.998 run. All four Mercedes-AMG drivers were within the 2:17 range. Nico Muller was the highest qualifying Audi in fifth with a best time of 2:18.006 while Augusto Farfus placed the highest qualifying BMW in sixth with a time of 2:18.075. 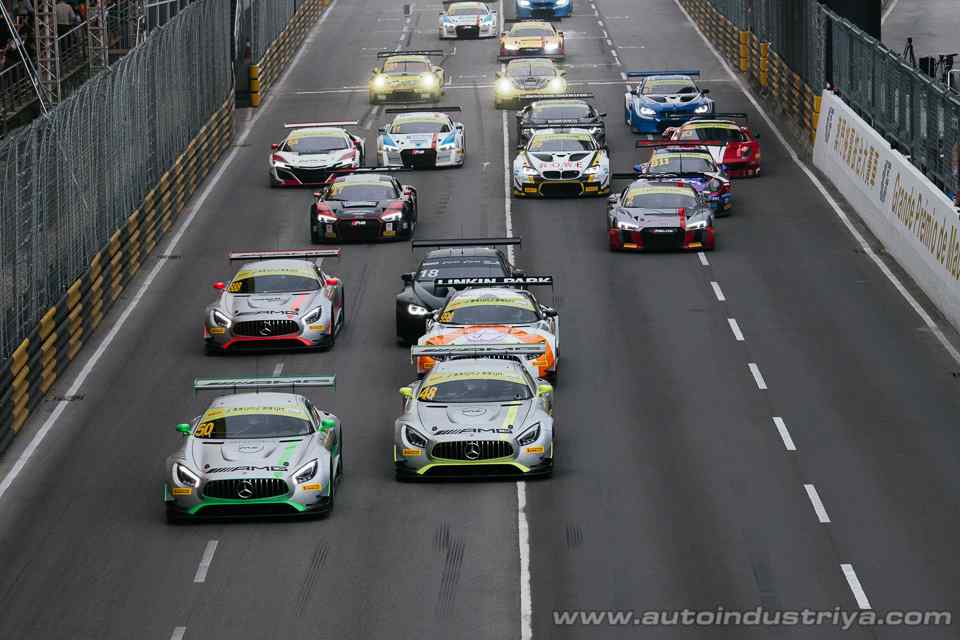 Mortara, Engel and Marciello made a clean getaway upon launch but Juncadella struggled off the line, bringing him down to fourth place. Marciello and Juncadella were fighting it out for the last podium position with the latter even getting ahead of his team mate. However, Juncadella's AMG went loose, careening into a barrier. Marciello was able to take evasive action but defending champion Laurens Vanthoor was unable to avoid the stricken AMG. 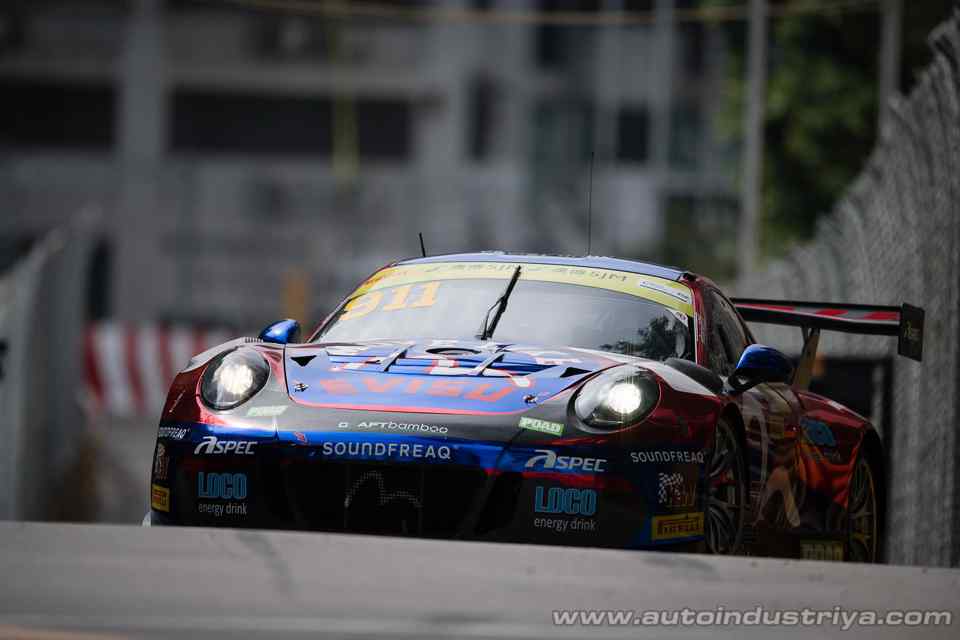 Vanthoor slammed straight into Juncadella's car, sparking a chain reaction that would bring the race to a halt. With Police Bend being a blind, narrow right hander, the rest of the field entered the corner at race speeds, leading into what would become a 12-car pile-up. The successive impacts were strong enough to lift the Audi R8 of Lucas di Grassi in the air and eventually landing on top of Marco Wittmann's BMW M6. All drivers emerged from the incident unharmed. 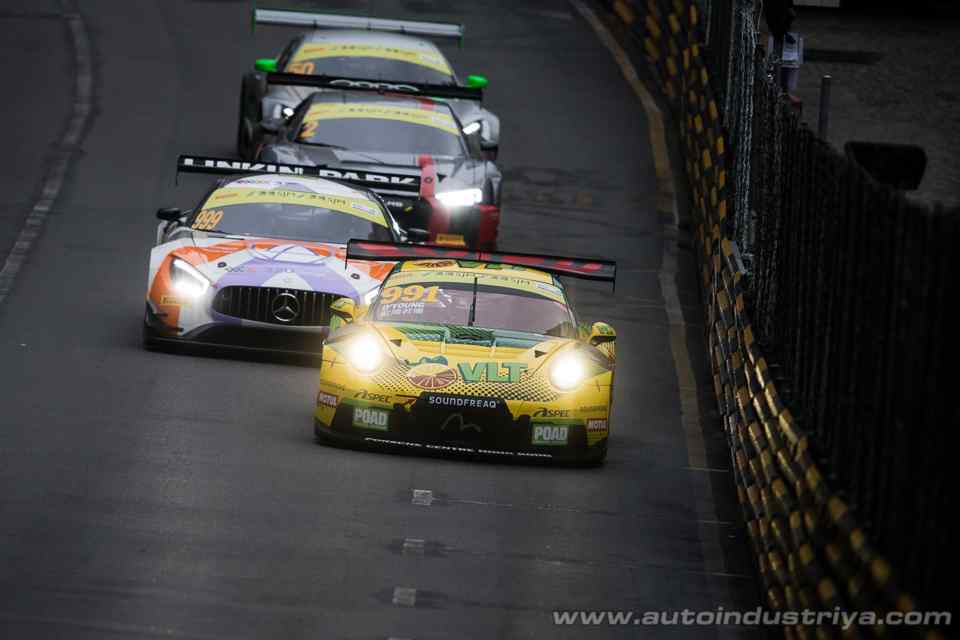 Only a few drivers were able to get past the track-blocking accident. These were Edoardo Mortara, Augusto Farfus, Maro Engel, Rafaelle Marciello, Robyn Frijns, Chaz Mostert, Darryl O'Young and Hiroki Yoshimoto.

Racing resumed more than an hour after it was red-flagged and Mortara continued leading the race. Farfus did his best to catch up to the leader but the latter began pulling away little by little. Marciello tried to give Farfus a run for second place, but he too was unable to stay close to Farfus. In the end, the top three would be separated by over one second apart with Mortara ahead of Farfus by 1.566 seconds. Marciello would keep third, followed by Robyn Frijns, Chaz Mostert, Darryl O'Young, Hiroki Yoshimoto and Maro Engel, who was a lap down when the race finished. 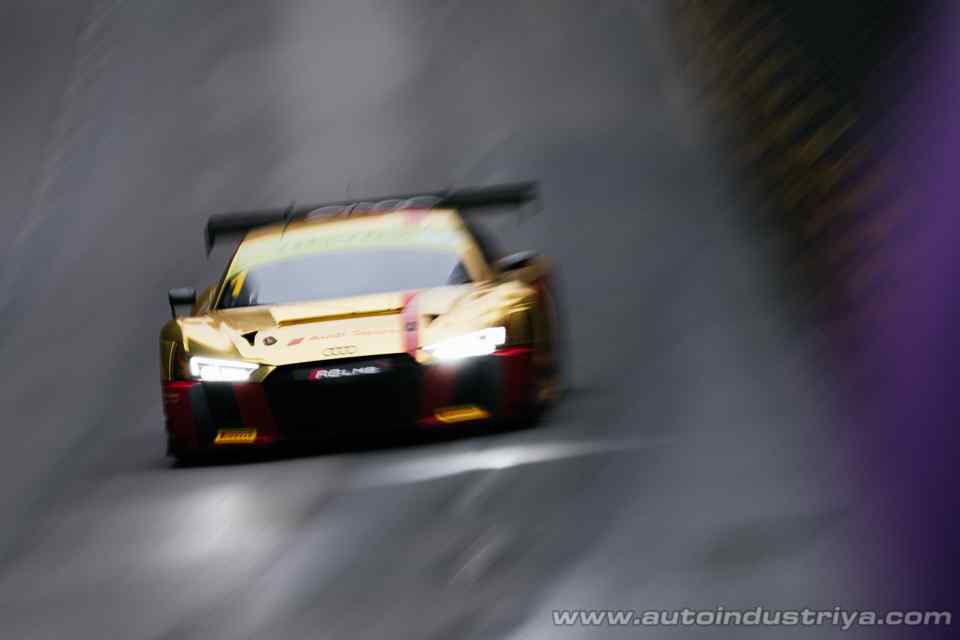 The main race went off without any major accidents with Mortara, Farfus and Marciello fighting for the lead. Mortara brushed the wall in the Grandstand kink but was able to keep control of his car. Farfus spotted the opportunity to pass but Mortara went defensive and held off the BMW driver. 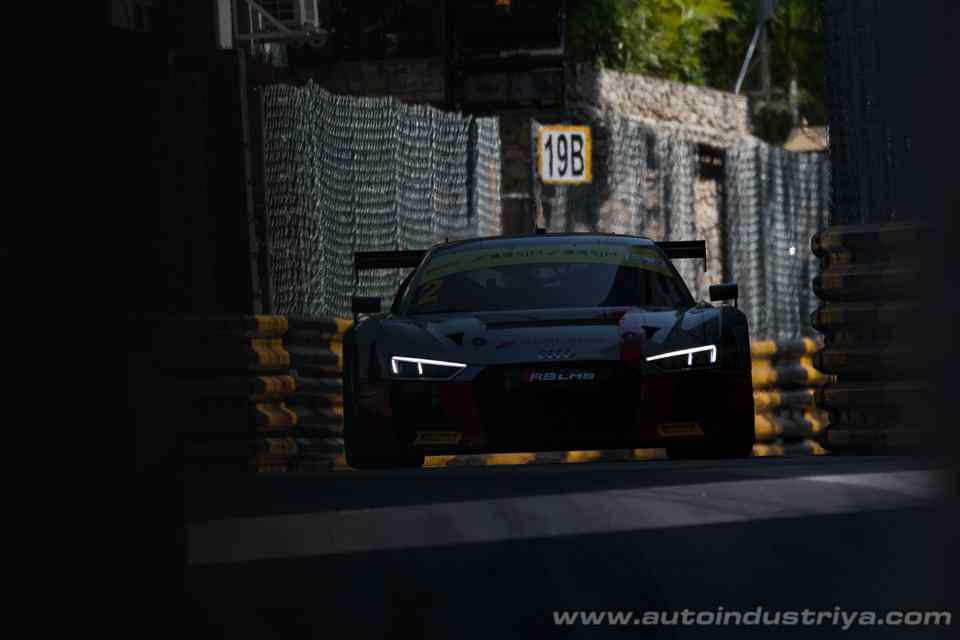 Mortara nearly lost the lead when Farfus attempted to pass in Lisboa but Marciello was unable to slow down in time, spearing straight into the rear of the Farfus. With the BMW out of the way, Marciello moved his Mercedes-AMG into second place with. However, the collision would lead to terminal damage in Marciello's car. A punctured radiator would end Marciello's run and promote Farfus back to second with Frijns and Engel close by. 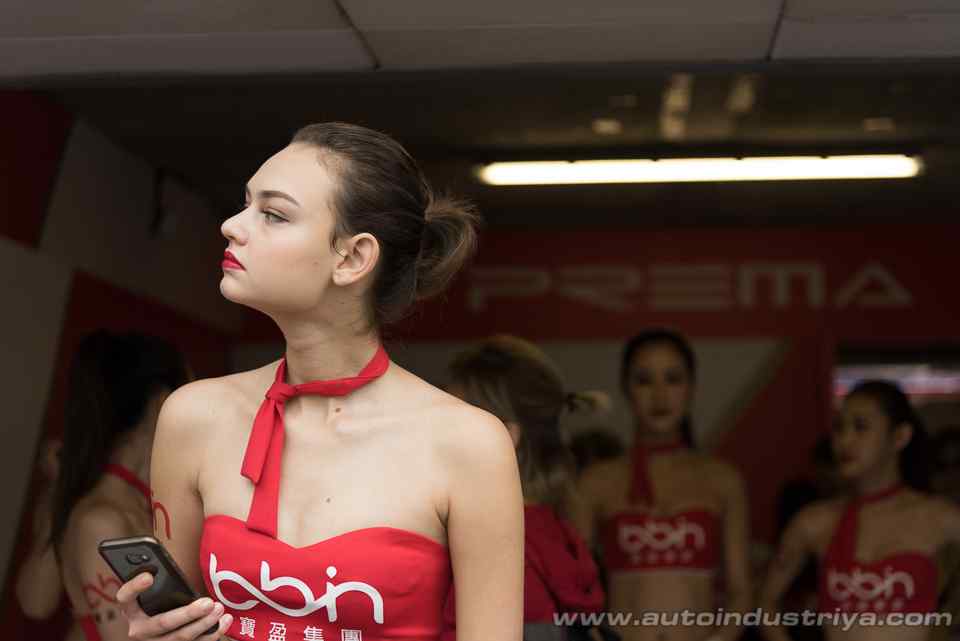 While the rest of the field were fighting for position, Mortara had kept his car clean and away from trouble. He had made up a lead of over six seconds but was wiped away when Lucas di Grassi crashed in the Solitude Esses, pinging his car all over the track. Unable to limp the car back, the safety car was brought out and the tow truck was called in to pull the totaled Audi off the street circuit. Racing would resume after two laps.

On restart, Mortara made a quick getaway but barely a lap in, the pack had to slow down for the crashed car of O'Young at the San Francisco bend. Farfus then had to give up his position as he dove into the pits to repair his car. This allowed Frijns and Engel to take second and third, respectively. Further back, Renger van der Zande and Nico Muller also had to retire from the race following collision damage.

Another restart and Mortara made yet another good start as Frijns and Engel battled for second place. Frijns did eventually hold off Engel and the second place driver then set his sights on catching up to Mortara. Towards the end of the race, Frijns did get close to Mortara but not enough to be a threat. Mortara would eventually take home the win with Frijns close by. Engel finished in a comfortable third place while Farfus made a recovery drive to finish fourth. Chaz Mostert would round up the top five and the rest of the finishers were Wittmann, Romain Dumas, Juncadella, and Yoshimoto.

With two successive wins, Edoardo Mortara now has ten Macau Grand Prix trophies under his belt, gained from both Fomula 3 and GT racing.