World Touring Car Championship veteran Rob Huff is currently the most successful driver when it comes to racing in Macau. The 2012 champion continued his winning streak by bagging his ninth win in the challenging Guia street circuit. Besides Huff, fellow street circuit veteran Mehdi Bennani also took home first in the opening race. 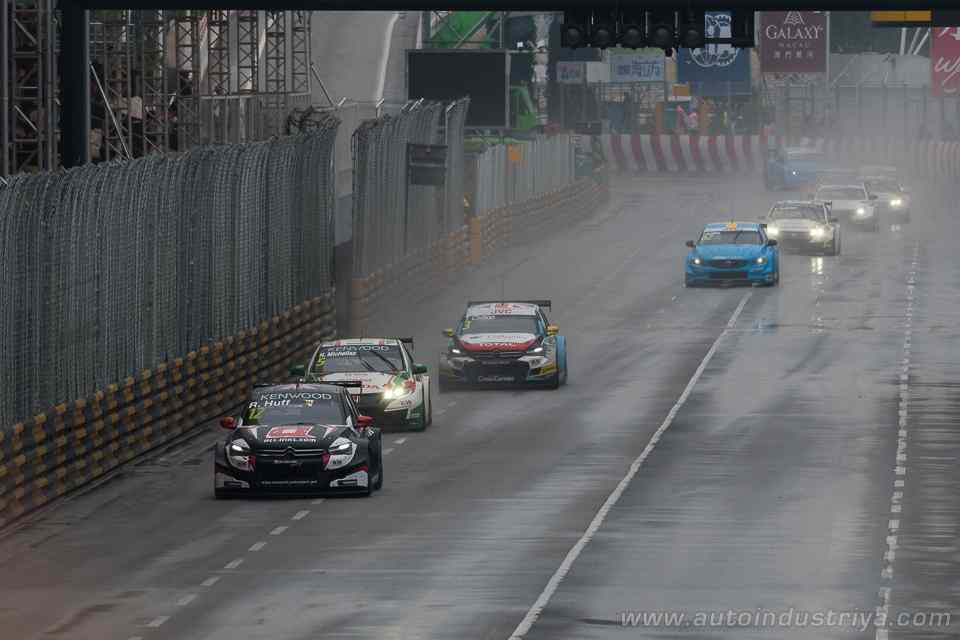 After two years away from Macau, the WTCC returned to the narrow city track and the previous lap record of 2:24.294 has been beaten. With a best time of 2:23.995, Rob Huff beats the fastest time set by three-time WTCC Champion, Jose Maria Lopez. Honda's Norbert Michelisz nearly beat Lopez's old record with a time of 2:24.301, but is wasn't enough to claim pole position from Huff. Over half a second away was Tom Chilton, setting a time of 2:24.844, placing him third on the grid for the main race. Qualifying fourth was championship leader and Macau rookie Thed Bjork, clocking in at 2:25.146. Rounding up the top five qualifiers was Esteban Guerrieri, setting a best lap of 2:25.240.

Qualifying did not go smoothly for the others, however. John Filippi hit the wall at the final, high speed corner, ending his hopes for a high starting position. Néstor Girolami and Mehdi Bennani were both caught up at Police Bend and were unable to bounce back from it. Nicky Catsburg was on pace for a competitive time but hit the wall towards the end of his run.

In Manufacturers Against the Clock (MAC3), it was Honda who emerged victorious, giving them vital bonus points for the constructors championship. Drivers Norbert Michelisz, Esteban Guerrieri and Ryo Michigami set two flying laps around the Guia circuit and set a combined lap time of 5:04.456.

Volvo was more cautious during MAC3, following incidents from qualifying. Thed Bjork led the team with Nestor Girolami and Nicky Catsburg a fair distance behind. As a result, the team had a combined lap time of 8:48.108. 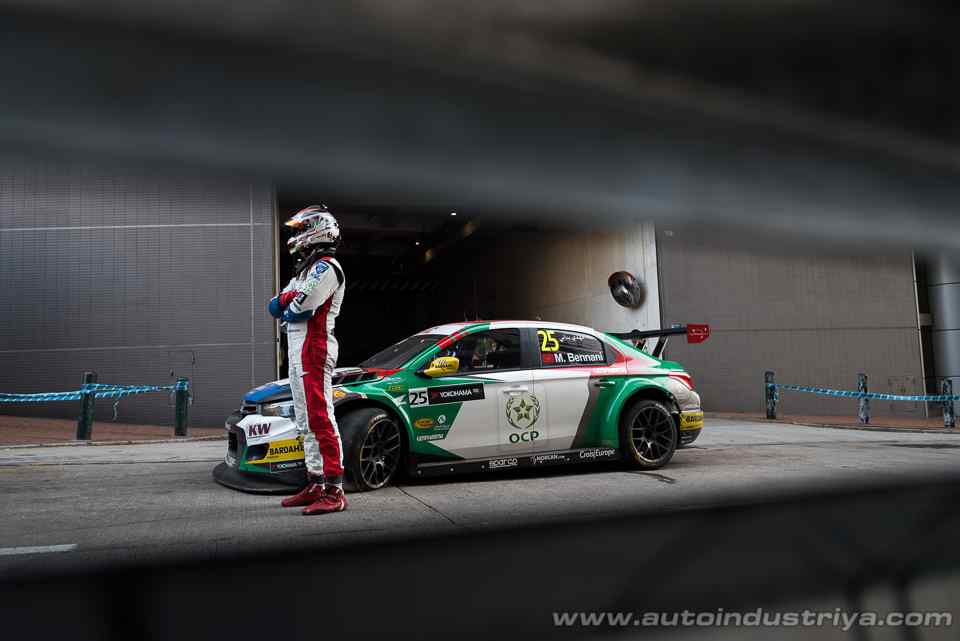 Following reverse grid rules, starting on pole was Mehdi Bennani with his Sebastien Loeb Racing Citroen. Alongside him was Tom Coronel, looking for his first win of the season. When the lights went green, Bennani made a good launch, doing his best to pull away from Coronel.

Meanwhile in third place, Ryo Michigami was doing his best to clock off Thed Bjork, allowing team mate Norbert Michelisz to close in on Bjork's Volvo. Further back, the fight for seventh was heating up as Kevin Gleason was fending off Rob Huff and Tom Chilton. However, a slow exit in the tight right hander saw Gleason lose momentum, allowing Huff, and later, Chilton, to outdrag him on the succeeding straights. 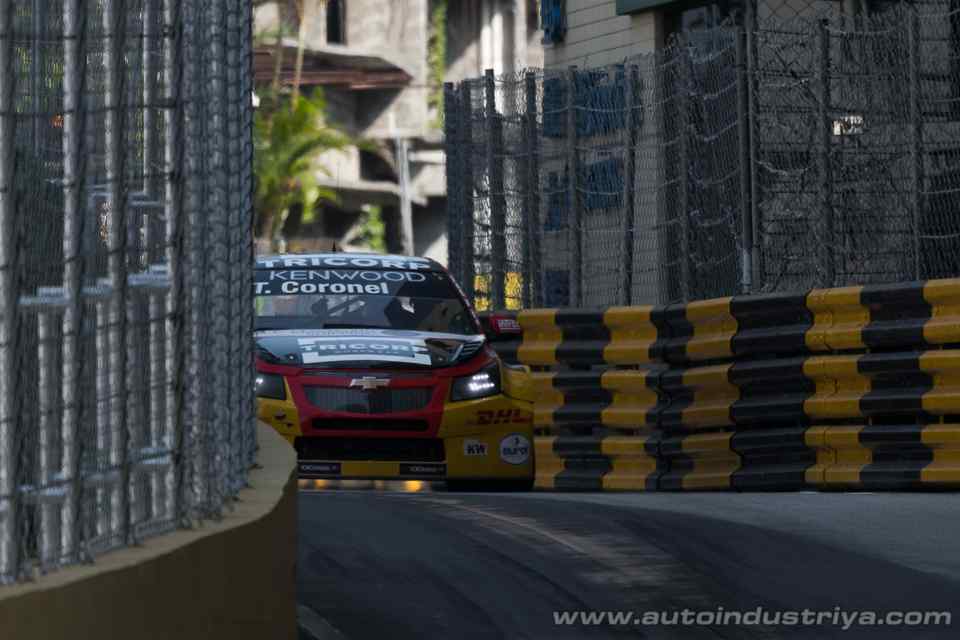 Back in front, Bennani had opened up a significant margin over Coronel. At the same time, Coronel had distanced himself from Michigami, who was still heavily defending against championship leader, Bjork. However, the race would be cut short when the wayward Honda of Michelisz hit the wall and blocked the track. This started a chain reaction which led to the stoppage of the race and heavy damage to the cars of Tom Chilton and Esteban Guerrieri. That meant Bennani would cruise to his first win in Macau with Coronel in second and Michigami in third. 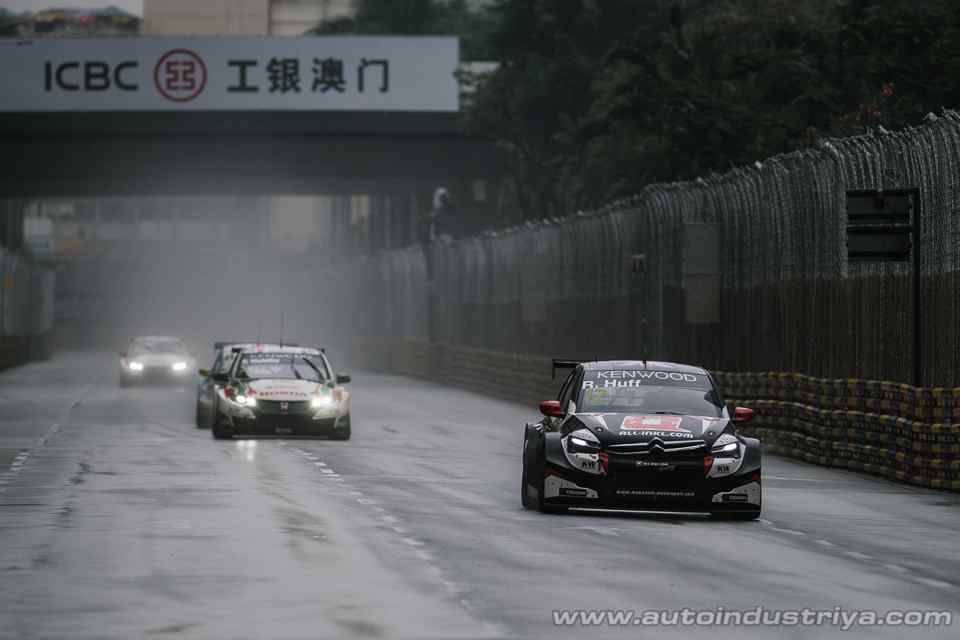 With his record-breaking run, Rob Huff led the field and alongside him was Norbert Michelisz, championship leader Thed Bjork's biggest threat for the title. For the third race in a row, the main race started behind the safety car as rain had made the track slick. Following two laps following the safety car, racing went underway. 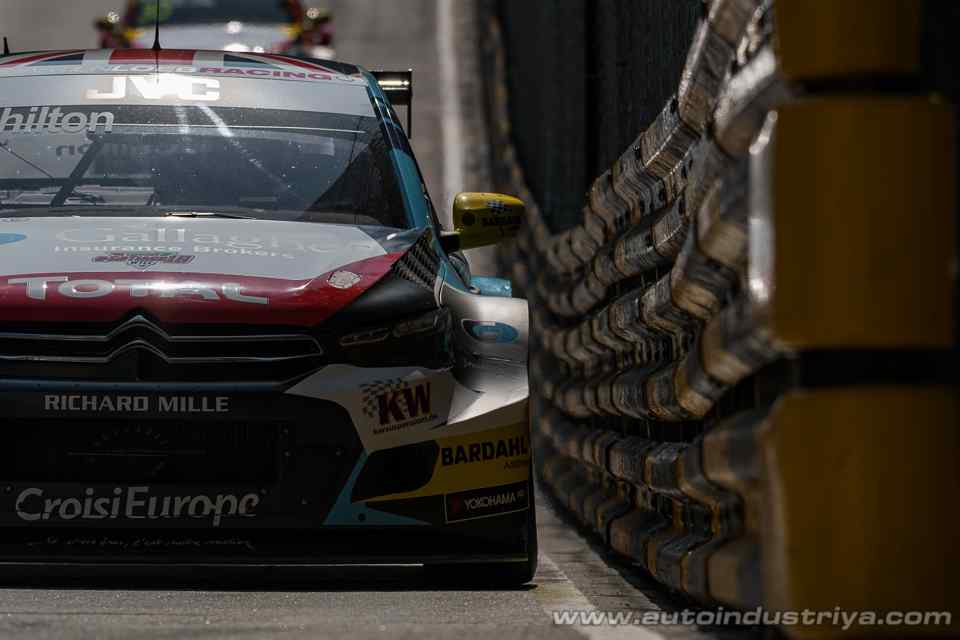 Huff did his best to pull away from Michelisz but lost momentum in the high-speed kink. Huff then went defensive, covering the inside line of the tricky right-hander. Sitting comfortable in third was Tom Chilton, who was able to get his car repaired from the past incident. Esteban Guerrieri, who was also involved in the opening race pile-up, was able to pass Bjork to move up to fourth place. Michelisz tried to make a run on Huff yet again but with the latter carrying no success ballast, he had to tuck behind the leader again. 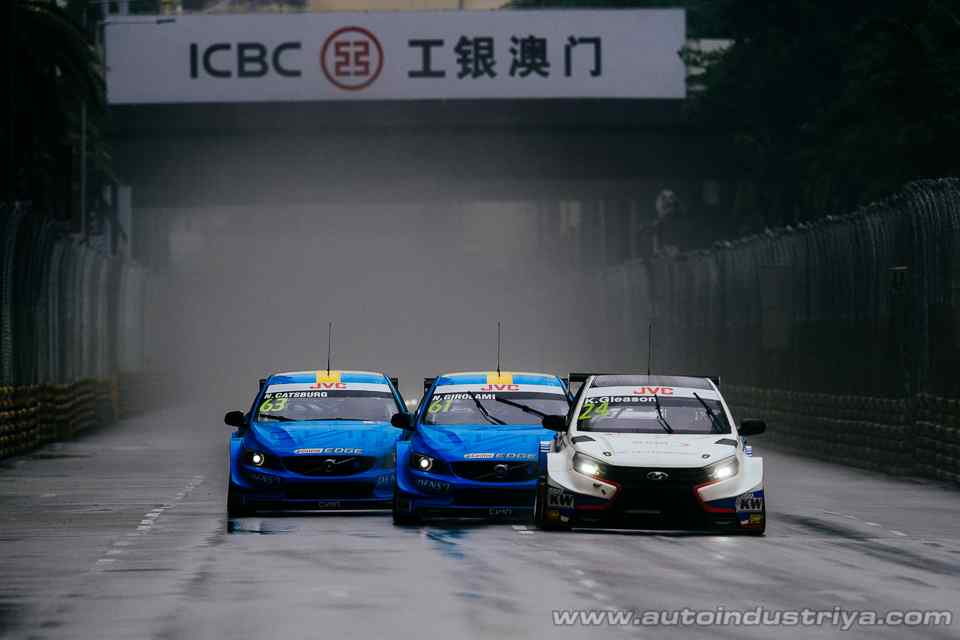 Further back, Kevin Gleason would be the center of a heated battle yet again. This time, he was defending against the Volvos of Nestor Girolami and Nicky Catsburg. By the halfway point, Chilton was capitalizing on Michelisz's error and was closing in on his rear bumper. At the same time, Guerrieri was catching up to Chilton. 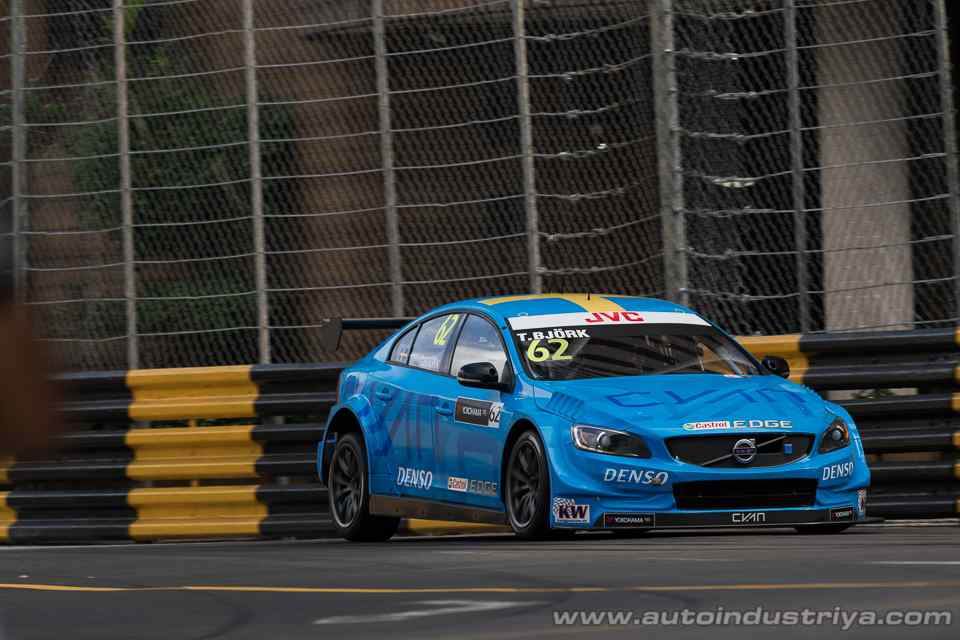 Towards the end of the race, Guerrueri passed Chilton when the latter attempted a pass on Michelisz. On the last lap however, Guerrieri slid wide, which saw Chilton to reclaim third. At this point, Huff had a substantial gap over the Honda and the Citroen, allowing him to cruise to victory. While he may not have won the race, Michelisz's second place finish allows him to inch closer to Bjork's championship lead as his rival finished in fifth. 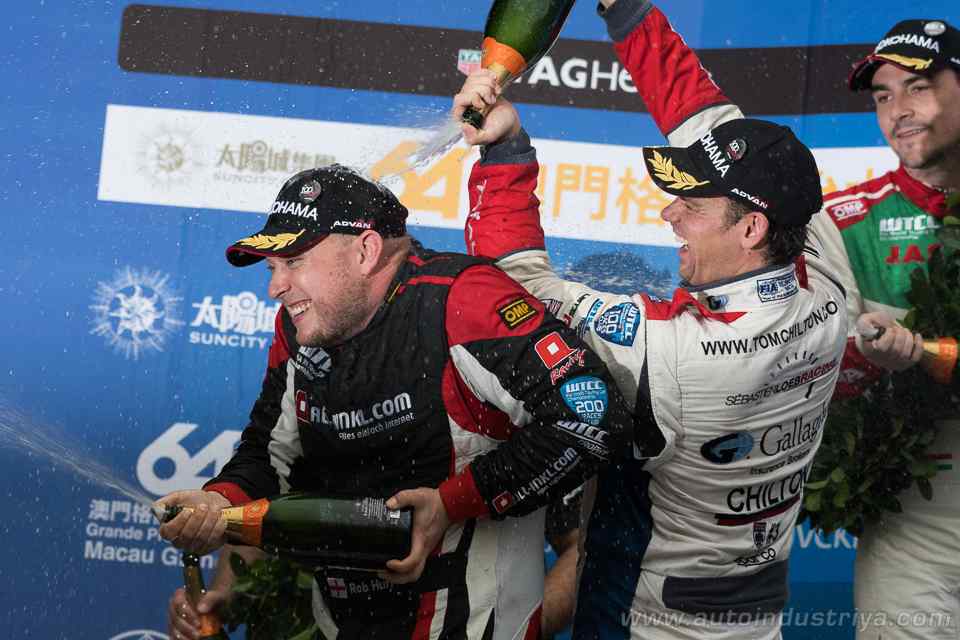