This Toyota GR Yaris has the heart of a Supra

This Toyota GR Yaris is ready to dominate the rally scene

Toyota's contender for the 2017 World Rally Championship (WRC) is nearing production phase after team principal Tommi Makinen confirmed that they are in the design process of the Yaris WRC.

“Our team of engineers and designers, along with our suppliers, have worked tirelessly to meet the schedule and develop a car that could be a winner. Assembly of the Yaris WRC will therefore begin very soon,” said Makinen.

Toyota Motorsport GmbH (TMG) will also play a big role in developing the Yaris WRC added Makinen. They will be the one responsible in designing and producing the engine for the rally car. In addition, the motor will be exclusive to the Yaris and they will work closely with TMG to make it a formidable engine during the competition.

“When developing a rally car, it's absolutely essential to remember to take the characteristics of the roads into account. You can't just build a car on paper. Learning that lesson will really help us make ever-better cars, and it's an area where we can learn a lot from Tommi. He's practicing that philosophy every day,” said Akio Toyoda, President & CEO of Toyota Motor Corp.

Testing of the Yaris WRC will begin in spring 2016 and an extensive schedule has already been detailed. Test runs will begin at Toyota Gazoo Racing's base in Finland but the company added that they plan to hold tests around the world as well. 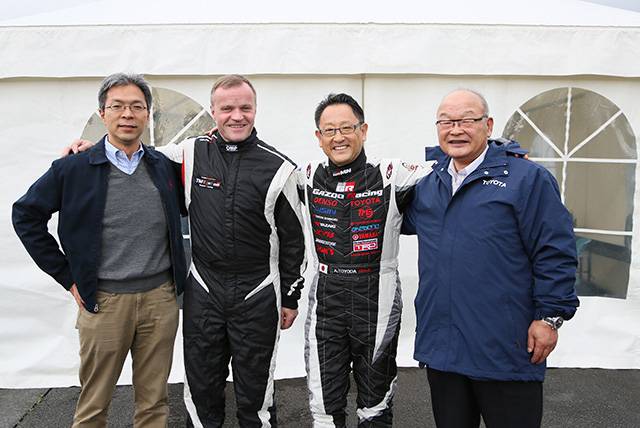 As for the team itself, Makinen stated that they are gradually growing but there are still some roles to fill.

The four-time WRC champion also noted that the project may look difficult to accomplish, given the short amount of time. But Makinen is sure they will be able to pull it off as they have a solid dependable team at the moment that are able to meet deadlines.

In terms of drivers, the Finn rally driver did not provided specifics but they are now in talks with various drivers who will join the team in 2017. Moreover, they are hoping at least to enter two, if not three vehicles into the championship.

Jaguar will return to motorsport with a new Formula E contender

2016 World Rally Championship will have a 14-round series; making comeback in China after 16 years.