Fernando Alonso to stay with McLaren-Honda in Formula 1

The world of Formula 1 is still reeling from Nico Rosberg's sudden departure from the motorsport after winning the 2016 World Drivers Championship. With a spot open in Mercedes-AMG F1, rumors started going around that some of the drivers from the other teams are interested in joining this year's Constructors Champion.

But one driver announced that he has no plans of switching over to Mercedes-AMG F1. That driver is Fernando Alonso who is currently with McLaren-Honda. The Spaniard made his statement known not only to the motorsport fans, but to his team as well after visiting the team's factory over in the UK.

He dismissed the rumors by saying that he plans on winning the championship with the Honda-powered crew.

“I believe in this project, I'm committed and I want to be world champion with McLaren-Honda. That's my only goal,” said Alonso. 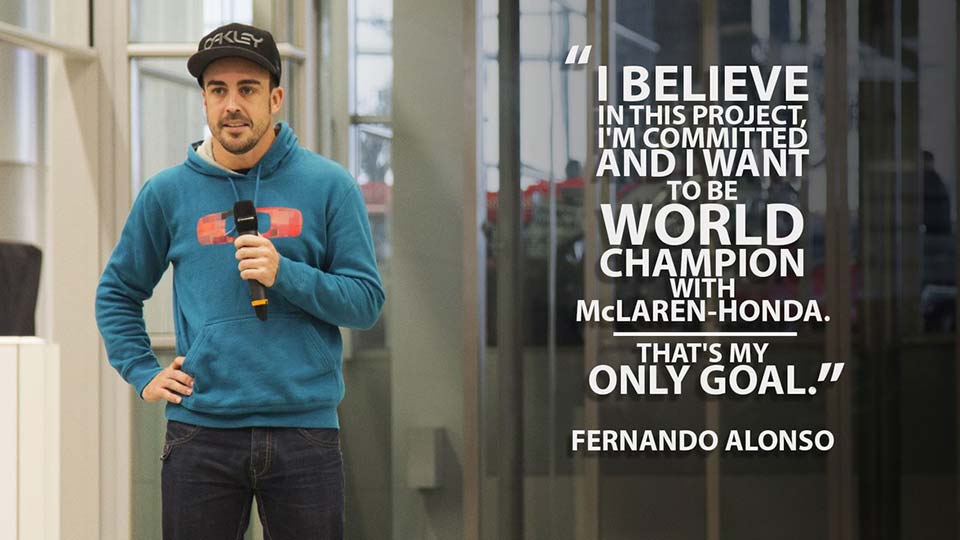 Alonso returned to Formula 1 racing back in 2015 when he signed on with McLaren-Honda. It's not all perfumes and roses however as the new power unit proved to be problematic at times, resulting in less than favorable performance for Alonso in both the 2015 and 2016 seasons. In spite of that, the Spaniard was able to deliver the good fight as he was able to place fifth in both Monaco and Austin this year.

For some of the drivers, Alonso never lost the will to win which allowed him to bring home the 2005 and 2006 championships under Renault. Toto Wolff, Mercedes-AMG F1 team boss, actually said that it was one of these reasons why they actually considered Alonso to replace Rosberg.

Recently, former Sauber driver turned Toyota WEC wheelman Kamui Kobayashi posted a CV to Mercedes-AMG F1 in a bid to get back to Formula 1. While the ad posted in Autosport Magazine looked too good to be true, Kobayashi saw this as a way to get Mercedes-AMG's attention.

Other than that, there are also reports stating that Mercedes-AMG is particularly interested in acquiring Valterri Bottas of Williams. It's not the first time another team wanted Bottas to drive for them as Scuderia Ferrari was apparently eyeing Bottas for the 2016 season. The Italian racing team failed to get Bottas as the bid offered by Ferrari was too low for Williams F1 deputy chief, Claire Williams. Ultimately, Ferrari was able to renew Kimi Raikkonen's contract for the 2016 season.