ABT Schaeffler Audi Sport's Lucas di Grassi clinched the second round of the 2015-16 Formula E season in Malaysia that was packed with incidents from start to finish. Virgin's Sam Bird finished in second, while Andretti's Robin Frijns completed the top three finishers.

The race began with a delayed start as Venturi's Stephane Sarrazin lost power. The Frenchman was unable to take up his place on the front row alongside pole sitter Sebastien Buemi. Serrazin was pushed to the back of the grid.

As a result, Buemi was left alone as he dived into the first corner. He was followed by Loic Duval and Antonio Felix da Costa. However, Buemi's car suffered technical difficulties and halted as the race neared its midway point.

With Buemi's car stopped on the track, the team opted to pit his teammate Nicolas Prost. Briefly holding onto the lead, Prost also suffered car problems which prevented him from keeping the top spot. 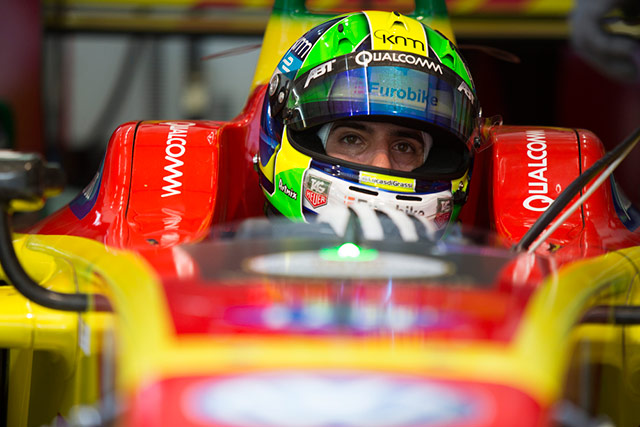 With this, di Grassi took advantage and emerged as race leader on lap 24. From then on, di Grassi never looked back as he cruised his way to the checkered flag.

Virgin's Bird started back in 14th, but the British driver managed to stay out of trouble as he weaved around the track. Bird inherited the second spot from Dragon Venturi's Jerome D’Ambrosio who had a broken damper.

On the other hand, Da Costa's great run came to no avail due to a mechanical problem. In this regard, Da Costa handed a podium finish to Frjns.

Despite his problems at the start, Sarrazin came through to fourth, while Bruno Senna took fifth for Mahindra Racing. Da Costa managed to get his car restarted and came home sixth, while Daniel Abt finished seventh for Abt Schaeffler Audi Sport.

Nelson Piquet Jr. finished in eight, while Nick Heidfeld finished in ninth, despite having been tipped into a spin at the first corner. Prost completed the top ten finishers. 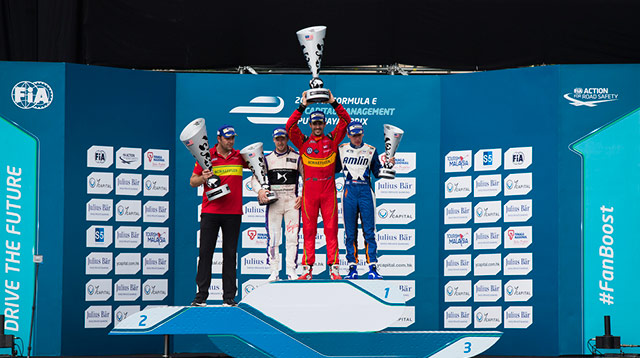 After the second round, di Grassi leads the driver standings with 43 points. He is followed by Buemi with 35 points and Bird with 24.

Report: Red Bull in talks to co-develop engine under Ferrari

Ferrari is willing to allow Red Bull to build a Ferrari-based engine for next F1 season.

Mazda now assembles CX-5 in Malaysia, to be exported to Philippines