What comes in pink and goes fast? It's Force India's latest Formula One challenger, the 2018 VJM11. Revealed recently in Barcelona, Spain, Force India's new race car comes with a more dynamic pink livery along with an updated aerodynamic design.

In making the 2018 Formula One race car, Force India claimed that its 'DNA is still very much of that of last year's car'. According to Chief Operating Officer Otmar Szafnauer, they decided it would be best for the 2018 car to be based around their understanding of the 2017 car. However, the new VJM11 features an updated design that conforms to the new regulations.

“It is a starting point, a good reference from which to introduce changes quite quickly; it gives our aerodynamics department more time to develop a car for the first race in Australia, rather than having to release parts early for testing,” added Szafnauer.

As for its livery, it has a new shade of pink that Force India claimed is more dynamic and more eye-catching. It even gets new logos from its major sponsors. 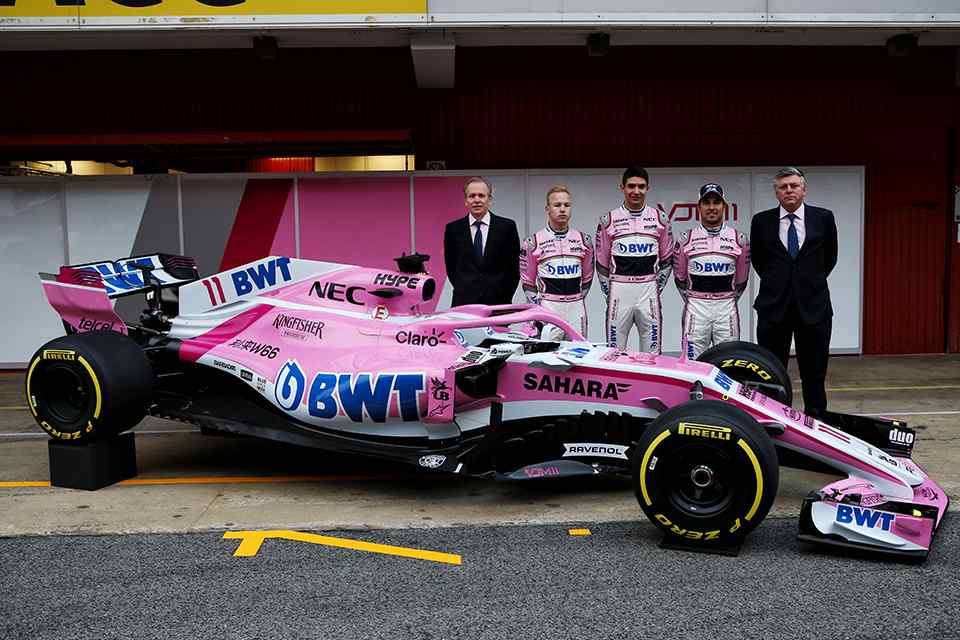 “The VJM11 certainly looks eye-catching in its new livery. We worked very closely with BWT to deliver an even stronger identity for the car this year and everybody is really happy with the result. The new shade of pink is very striking and really pops out,” said Szafnauer.

Vijay Mallya, Team Principal of Force India, said that he sees no reason why Force India cannot improve on their Formula One challenger.

“I see no reason why we cannot consolidate our position and improve. Yes, Formula One is a very tough and competitive environment, but we are an established team with continuity in all areas of the company. We don’t take anything for granted, but we will be disappointed if we are not fighting for points at every race this year,” added Mallya.

Pink Panther Panthermobile up for bidding